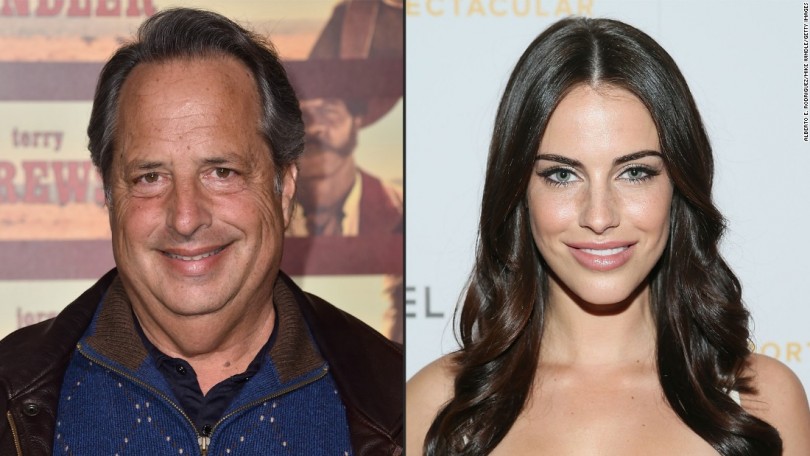 This past week, there was a story that I was sort of thinking I should cover, but I just didn’t have it in me. There was just something about the story that didn’t feel quite right. I just couldn’t bring myself to pull my chair up to the table, so to speak.

As it turned out, my instincts were spot-on, because the story was, as they say where I come from, a complete pile of steaming horse doo-doo.

The story was this; allegedly, 27 year-old Jessica Lowndes was dating 58 year-old Jon Lovitz. Yes, that Jon Lovits…the “that’s the ticket” guy from SNL in the 90s.

The entertainment press was reporting on the fact that the pair were together and engaged, even though they had oddly kept such a very low-profile that even the gossip and entertainment media had been completely and utterly unaware of the pairing (red flag number one).

Lowndes, who is an actress, or more accurately an “actress”, is best known for the 90210 reboot, if not also for her bikini pics one multiple gossip sites. As it turns out, this whole thing with Lovitz came to pass because she has a new music video, and I suppose a new career, in the works. The whole story was planted as a prank for publicity. Are you shocked? Surprised? Blind with rage over being lied to in such a way? None of the above?

Yeah, same here. None of the above.

Before this whole Jon Lovitz thing this week, I had never even heard of Lowndes, and now that I have, I am every bit as ambivalent about her as I might have been before. Possibly more. Why? Because now, we’ve learned a little about her. Very little. And the message that she has sent to the universe loud and clear, is that she is thirsty. And I mean fame thirsty here, not that she just worked-out in full makeup in a thong bikini, and now she needs a slug of Smartwater from a designer bottle as her Instagram feed might suggest. Seriously, if you look at her Instagram feed, you’ve never seen such a collection of art-directed “auditions” in your life. It really ought to read “Jessica Lowndes’ Instagram: Megan Fox with 70% less acting ability!”

Think I’m  being mean and insensitive? Have a look at the 90210 reboot and get back to me. And if that isn’t enough to convince you, you can always look at the music video, like I did. You can find it on YouTube, and it comes complete with pop-up video subtitles “explaining” who Jon Lovitz is to the audience. I made it approximately one minute before I turned it off.

But all that aside, here’s the thing; this is just downright weird. I don’t for a minute believe his was her idea, mind  you. She’s not really even old enough to have been around for Lovitz’s heyday, as this pop-up video descriptions in the video suggest. They describe Lovitz as “the guy from SNL who your parents watched”.

So right away she’s making friends and winning favors with people…snort.

This was obviously the brainchild of some PR person who is in his or her 40s. If they really wants to create a scandal, they should have picked a celeb who was more relevant right now. Not that I don’t like Lovitz, I do very much. However, there is just no shock factor there. Sure, there’s an age difference, but in Hollywood, that’s hardly new. A pretty young woman dating a comedian 30 odd years younger than herself just makes it a Thursday by my estimation. If they wanted to create a proper scandal that would get people all riled up for the right reasons, they should have chosen a heavier-hitter. Maybe someone who we all know is married, and gotten his wife in on it as well. But even then…meh.

Ive been asking yield why this doesn’t work all day, finding it hard to put into words why this feels like such a turn off. I keep going back to the fact that everything I’ve read, the response has been “who is she, exactly?.”

I think that’s actually the issue. To make a “prank” like this work, you need serious name recognition. This is not the kind of stunt you pull to make name recognition, it has to already be there. And secondly, the product you’re selling needs to be unimpeachable. Sadly, Lowndes is a pretty bad actress who is flogging a song that sounds like it’s been ripped-off from equal parts of Lana Del Rey and every single forgettable club dance single ever made. What can I say?

The ring was nice though.