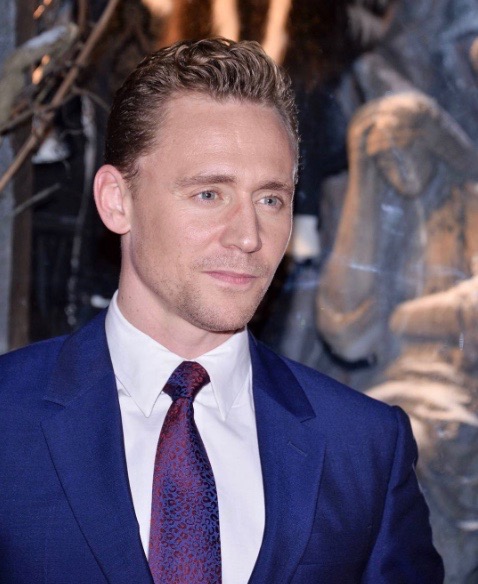 Any of you who follow the Trendelier gossip feeds will know by now that I never miss an opportunity to do a Tom Hiddleston post. While I am fully aware that this is a man who needs neither the publicity nor my near fangirl-grade adoration, I maintain wholeheartedly that he is officially The Thinking Woman’s Pin-Up Guy. As such, I believe that as a self-proclaimed Thinking Person, it is my duty to report on all things Hiddleston. In an era that has ushered-in such empty human incuriosities as the Kardashians and that dude from Jersey who calls himself “The Situation”, I feel it is up to those of us who can actually spell “situation” to take back the night and embrace one of the few men in Hollywood who might actually be able to recite Shakespeare’s St. Crispin’s Day speech (Henry V, Act 4, Scene 3) while feeding you grapes and giving you a back massage in a bubble bath filled with lavender oils. Just, you know…for example.

Apparently all of the Tom Hiddleston as James Bond rumours that have been cropping-up of late may have a grain of truth to them after all.  According to the website Birth. Movies. Death. (that admittedly I had never heard of until I saw this story break in some of the larger gossip feeds), Hiddleston is not only on the shortlist for the role, he is in “advanced talks”. Whatever that means. In Hollywood, that might just mean that he once met with a guy who used be roommates with one of the producers. However, Birth. Movies. Death seem to have an insider talking to them as their official “source.”

If you’ve read the Bond coverage on this site, you know we don’t run tabloid rumors or speculation without clearly identifying them as such. They’re fun to debate and discuss, but we’re always very careful to separate gossip from actual information. It’s important to keep that in mind as we tell you that sources close to Tom Hiddleston have told Birth.Movies.Death. that Tom Hiddleston is in fact in advanced talks to take over the role of James Bond from Daniel Craig. Choosing words carefully, our source confirms that while talks have indeed taken place, and that Hiddleston very much wants the job (a fact of which he’s made no secret), no official offer has been made – yet. Well, you’ve got to give it to him…he certainly looks the part. I mean, there are few men in Hollywood right now that can wear the living daylights out of a suit the way Hiddleston can, but I digress. From where I’m sitting, this doesn’t really seem like news. While we all know that Daniel “Curmudgeon” Craig is well and truly finished with the franchise, the whole Tom thing just seems a bit premature. Sure, he wants the job – who wouldn’t? But To my mind’s eye, Our Lord Hiddleston of the Well-Fitting Suit is about ten years (give or take) too young to play Bond. Bond really needs to be pushing 50, and while I don’t believe for a minute that Hiddleston would do anything other than a bang-up job with the role (quite literally if they are going to stay true to the character), it’s going to be a bit of a hard sell to pass-of the whole “seasoned agent of international espionage” thing with an actor who has not yet seen the face of 40. One of the lovely (albeit unspoken) things about bond is that he is approaching “a certain age”, and there is a lot of dialogue, spoken and unspoken, surrounding that.

While Birth. Movies. Death. doesn’t say much about this aspect of the potential choice of Hiddleston as Bond, they do give some insight as to the process.

There are a couple ways to parse this news. One is to take it at face value: Daniel Craig is out, the role of 007 is open, and it may very well be Hiddleston’s for the taking. Another is to apply the lessons Vincent Chase and Ari Gold taught us back on Entourage: Eon might be talking to other actors in an attempt to catalyze a response from Craig. If it’s the latter, c’est la guerre, I guess. If it’s the former, our source is for the first time confirming what’s been, until now, nothing but tabloid rumor-mongering

Which essentially tells us absolutely nothing that we didn’t already know. So really, we are no further forward here than we were when I sat down at this laptop. Unless of course you count the time I got to spend luxuriating on the internet, looking at photographs of Tom Hiddleston in an awesome suit.