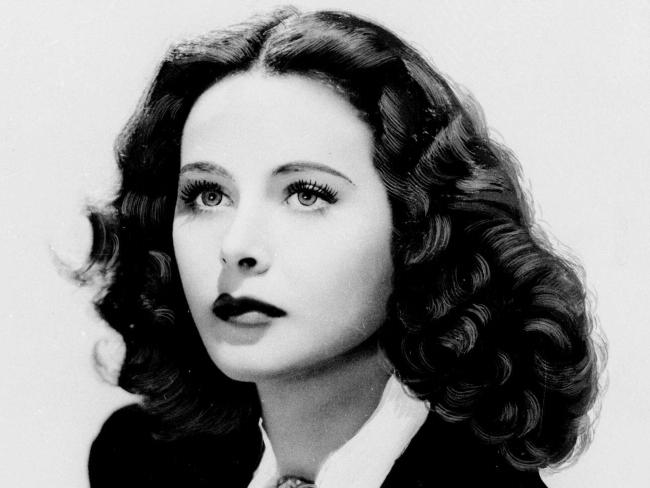 Today we celebrate Hedy Lamarr 101st birthday, and for the special occasion Google has dedicated today’s Doodle to her. But why? Who was she really? Hedy Lamarr was an Austrian American actress who was born in 1914. She was one of the most popular actresses between the late 1930s and 1950s. So? Is that what we are all celebrating and why Google chose her for their Doodle? Maybe, but it is definitely not the only reason.

Lamarr was a woman who took action and didn’t just act the way people expected a beautiful actress to act. Hedy Lamarr was also an inventor. She created some of the technology behind what we now know as Wi-Fi, GPS and Bluetooth. Now that is amazing! And very unusual of women of the time. Especially, famous beautiful actresses who could have taken a step back and had a very glamorous life. But for her it wasn’t fulfilling enough!

“We love highlighting the many good stories about women’s achievements in science and technology,” said Jennifer Hom from Google. We all should look up to this interesting woman, and learn her story.

“When the story involves a 1940s Hollywood star-turned-inventor who developed technologies we all use with our smartphones today… well, we just have to share it with the world.”

Here are few interesting things we should all know about Hedy Lamarr:

In Ecstasy, a 1933 film about a young woman married to an indifferent older man, there was an extremely passionate and rare nude scenes where Hedy’s face was captured “in the precise moment of rapture” and caused a lot of controversy at the time. She was only 18 years old when this film was shot.

Lamarr’s first husband, Austrian arms manufacturer Friedrich Mandl, hated the movie so much he reportedly bought as many copies of Ecstasy as he could, to prevent it from being screened in public. Mandl was jealous and controlling, so Lamarr decided to flee Austria just as WWII was about to begin and booked a seat on a ship bound for Hollywood.

2. The Technology She Helped Invent is Used in Our Phones Today

Lamarr got bored of her Hollywood acting career and decided she wanted to be involved in invention. Her inventions included an improved traffic light and a tablet that would dissolve in water to create a carbonated drink, similar to Coca Cola. You may be asking yourself, what was a Hollywood actress doing inventing?

“She wanted to stop all the Hollywood stuff which she didn’t really enjoy,” said Richard Rhodes,who wrote a book about her.

Lamarr and composer George Antheil, who met at a dinner party, developed an idea called the ‘Secret Communication System’, which they patented in 1942. The duo really wanted to help the Allied war effort and solve the problem of enemies blocking signals from radio-controlled missiles. Antheil used his piano knowledge and together they developed a way to stop German submarines from interfering with Allied radio signals.

“Hedy’s idea was if you could make both the transmitter and the receiver simultaneously jump from frequency to frequency, then someone trying to jam the signal wouldn’t know where it was” said Rhodes.

But the Navy decided, due to their snobbery, that it wasn’t a good idea and didn’t implement the technology. Only in 1998, when the patent had expired, Lamarr and Antheil were credited for their invention. Wireless technology developer Wi-LAN Inc acquired a 49 per cent claim to the patent from Lamarr for an undisclosed amount of stock. They were awarded the Electronic Frontier Foundation Pioneer Award, the BULBIE Gnass Spirit of Achievement Bronze Award and were inducted into the National Inventors Hall of Fame in 2014.

What they invented is called “Frequency hopping”, and it is behind some modern “spread-spectrum” technology, including GPS, Bluetooth, COFDM (used in Wi-Fi network connections) and CDMA, which is used in many mobile phones.

Her own son, Anthony Loder said after her death that “To the world, my mother was a screen legend, a beauty who had it all. But behind closed doors, she was addicted to drugs, terrified of losing her looks. Half her life was a glittering dream, but the second half was a tragic waste”.

He said her obsession with her beauty backfired on her. “She had plastic surgery thinking it could revive her looks and her career, but it backfired and distorted her beauty”.

In her 1966 autobiography Ecstasy and Me Lamarr said her beauty was a curse.

“It has attracted all the wrong people into my boudoir and brought me tragedy and heartache … My face is a mask I cannot remove”.

Lamarr was married and divorced six times, but never found her true soul mate. In January 1966, she was arrested for shoplifting $86 worth of goods from a department store. She got divorced to her fifth husband, Texan oil tycoon W Howard Lee, but claimed she lost out in the divorce settlement. So she decided to marry her lawyer Lewis J Boies instead: “I was broke and hungry … I felt I had to marry,” she said.

She became broke using all her money on petty lawsuits. One of those lawsuits was against a newspaper who ran an image of a two-headed goat called Hedy Lamarr.

“The only thing that saved her, not long before her death, was that a major computer company used her image in its packaging without permission, thinking she was dead,” said her son Anthony. “She sued and settled for around $3 million”.

5. Lamarr Is Remembered As One Of The Most Beautiful Women, But Hardly Anyone Remembers Her Inventions

During the Second World War, she was voted the most desirable, beautiful actress and pin-up. Despite all her fame and fortune, she was never fully satisfied and always felt empty on the inside. It was Lamarr herself who best summed up her tragic fall from grace: “To be a star is to own the world and all the people in it. After a taste of stardom, everything else is poverty”.

Lamarr died from heart disease in 2000 at the age of 86. She didn’t die a happy woman, but we should all remember her for the way she effected our life today, thanks to her inventions. She was a very smart woman, and we should have her on our mind today. Thank you Google for bringing her up for the world to appreciate her, finally!