Look, we all get it wrong sometimes. Even those who are always seemingly on-point with their sartorial games have a “bad choice day” once in awhile. This past week, there must have been something in the atmosphere. Perhaps it’s something in the water, perhaps it was the pull of the recent full moon, I don’t know. Whatever it was, celebrities everywhere seemed to sort of lose their collective wits and were found wandering the streets of our communities clad in the kind of moody, teenage-angsty gear that most of us left behind after our goth/emo phase in high school. Think I’m kidding? Here, have a look –  here are some of the week’s highlights. 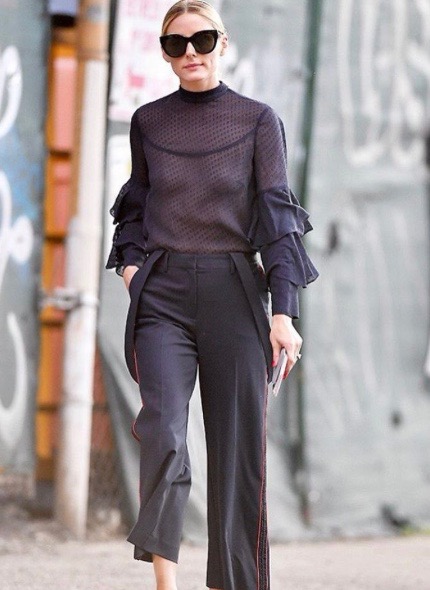 Nothing says refined, monied, Upper East Side socialite like a see-through clown shirt that shows your boobies. Oh, and suspenders too. And also a pair of cropped trousers that look like the ones off of my high school band uniform. This is all kinds of crazy, all mixed-up together, all in one bonkers package. Where on earth can you even go dressed like this on the upper east side!? The only thing keeping this look from being a complete foray into Bozo-land is the fact that is is in all-black, pushing it firmly into sad clown territory. 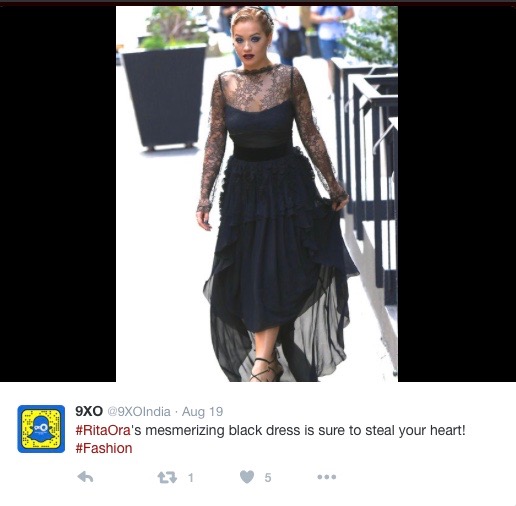 Speaking of see-through sad goth clowns, here is Rita Ora. A lot of media outlets were swooning over this getup, but I can’t help but feel that, as with Olivia Palermo’s trousers, I actually wore this outfit in high school to a festival during my rebellious goth/emo phase. This look is one part Miss Havisham, one part Stevie Nicks, and a dash or two of old west saloon hooker just to keep things lively.

The above media outlet called this look “mesmerizing”. I’ll give them that, although it’s not “mesmerising” for the reasons that they probably think. 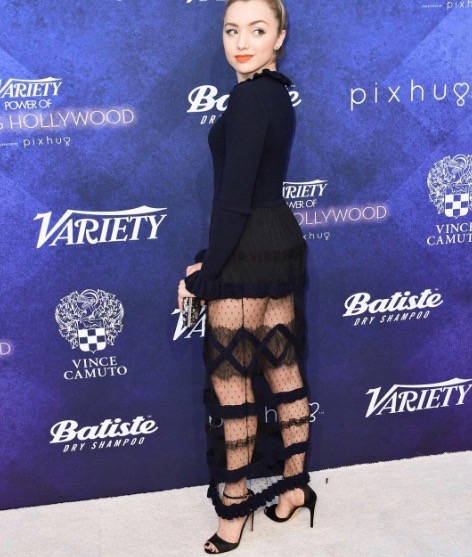 Call me old and crusty, but I openly admit here that I had to look up who Peyton List is. I still have no idea who she is, but here is her Wikipedia description.

Yeah, that actually didn’t help me place her at all, but maybe you guys will have better luck. Anyway, from the upper thighs up, List actually looks pretty cute here, but what in the name of Morticia Addams is going on with the bottom of her skirt? This look manages to be both budget and goth at the same time. 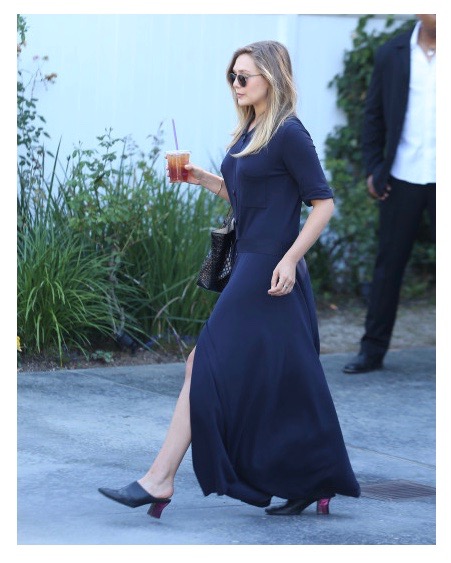 Elizabeth Olsen is kickin’ it nineties style with this full-length black dress, black handbag, round sunglasses, and perhaps worst of all, a pair of pointed toe mules. Olsen, like her two famous sisters, is a diminutive star, so all of this heavy black clothing makes her look completely overwhelmed. And I cannot even believe those shoes. Having lived through the 90s myself, the last time pointed-toe mules were in vogue, I simply cannot condone this type of behavior. But really, when you take a step back and really consider this look as a cohesive whole, the only thing missing is the pointed hat and witches’ broom to really finish the look off. 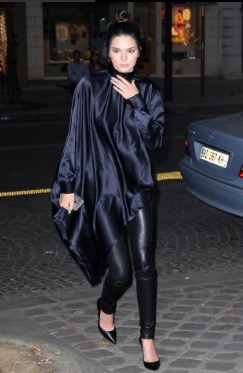 It’s not all sad news for Kendall Jenner this week. Apparently she has been having some problems with a stalker, and this past week, the man was finally arrested, allowing her to get back to her regularly-scheduled activities of modelling and trying not to engage too heavily in the infamous Kardashian brand of hijinks and tomfoolery as to not sully her very promising Modelling career.

However, it may be her experience with a stalker that has forced her to start dressing like a wet goth seal. Perhaps she has been concerned that someone might grab her and attempt to whisk her away against her will, so in order to try and circumvent such a terrible thing, she has taken to dressing in slippery layers that no stalker, no matter how sweaty, could get a proper hold of her. It’s just a theory, but it would explain a lot.