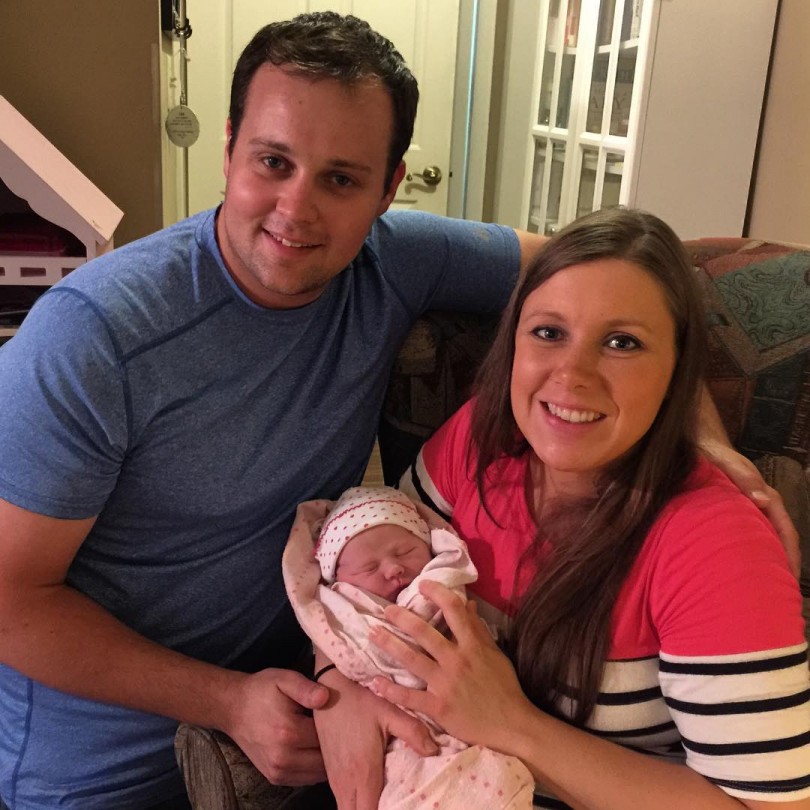 The executives at the TLC network officially traded-in what little dignity they had left this week for what we can only assume they’re praying (ahem) will be a payday as big and heavy as Michelle Duggar’s prolapsed uterus. While there hasn’t been an official announcement from the network (shocker), there have been leaks to some rather specific media outlets that TLC is planning on renewing the funding for America’s foremost Christian fundamentalist cloning program by bringing back the “reality” television series “19 Kids and Counting”.

Yes, that’s right everyone. Apparently we, the viewing public, have attention spans so short, that the statute of limitations on our brains being able to remember that the Duggars, in addition to being the most fame-hungry collections of carbon-based cells on the planet, are also responsible for at least a decade-long (probably more) cover-up of their eldest son Josh Duggar’s sex crimes against young girls, which included a few of his own siblings…yeah, apparently that has already run out. It’s been less than a year. The scandal broke in May, and the show was cancelled soon thereafter. Need a refresher on what went down? You can read the quick version of Josh Duggar’s crimes and how the family “handled” them in this article that I wrote just a few months ago for this very website.

Of course, as we know now, assaulting minors was just one of Josh Duggar’s greatest hits. Duggar was also implicated in the Ashley Madison hacking scandal, where it was revealed that he used the website to have extra-marital affairs with apparently anyone or anything that would have him. Multiple accounts were also found on various social media platforms that Duggar used to meet random women, although it appears that Duggar apparently didn’t even have the good sense to not use his own name (#homeschooled). After that revelation, a stream of prostitutes, adult film stars, and various and sundry other kinds of life forms came out of the woodwork to tell their own personal Josh Duggar stories. And let me tell you, there were some stories! Bear in mind, Duggar was married at the time all this broke (and still is, that poor girl), had three kids, and one on the way.

How did the Duggar camp deal with all of this? With denial, diversion, and of course, prayer. Josh Duggar is currently in Christian-based treatment for sex addiction.  He is also currently being sued by stripper Danica Dillon, one of at least 10 women who came out of the woodwork with allegations against him, and who according to TMZ, is being pressured by Duggar’s attorneys to “permanently drop the case and retract the allegations she made on social media and pay Duggar’s legal bills.”

That’s an interesting tack for the Duggar camp to take, because according to Radar Online, Josh Duggar has been repeatedly appealing to see the physical evidence of the assault in court, but his request has been repeatedly denied by a judge. This is a transcript of Duggar’s motion.

Presumably, if this matter is of such importance to her that she would file a public complaint, make accusations about Defendant on national television and demand more than half a million dollars, producing some documentation of her losses and injuries and the names of people who have knowledge about her allegations within the time set by this Court and required by its rules should be feasible

The judge seemed to see through this classic “embarrass the victim” approach (all three times), which is designed to wear his accuser down and, more importantly, divert attention from the fact that in addition to the 9 or so other women waiting in the wings with their own Josh Duggar story, there is that other matter.

You know…the whole molesting young girls and family members thing.  Let’s us not forget that Josh Duggar is a sex offender, and to date, the Duggar (Jim Bob and Michelle in particular) family have shown about as much accountability for their part in covering-up his crimes as this chair I’m sitting on. But wait! It’s all okay! This time around, TLC is aiming to focus their (rose-tinted) lenses on Jill and Jessa Duggar, two of the younger Duggar spawn, both of whom were victims of Josh’s multiple sexual assaults that were covered-up by the family, their church, and certain members of the community.  Apparently the two specials that TLC ran on the two girls in the wake of the scandal and subsequent cancellation of the show got quite good ratings (go figure…everyone loves a fiery train wreck).  The execs at TLC, who apparently must come out at night to dance around said fiery train wreck and roll naked in the large piles of money made from the tears of underage assault victims, just couldn’t resist the allure of one more big, holy bankroll.

If that doesn’t make the Chipotle you had for lunch do an about-face in the back of your throat, this will. The Duggars have been lobbying to get themselves back in the limelight for quite some time, and it appears that the squeaky wheel may have finally gotten the grease. As it happens, TLC isn’t just chewing this over, wondering whether or not it’s a good idea (hint: it isn’t). This is already going on. Here is what the Christian Post had to say about it.

Reports show that a camera crew was recently seen with the Duggar family. They were seen in several locations such as a lumberyard and a thrift store.

This is happening. Level-headed, non sex-offending people of the universe, it may be time to take a stand.