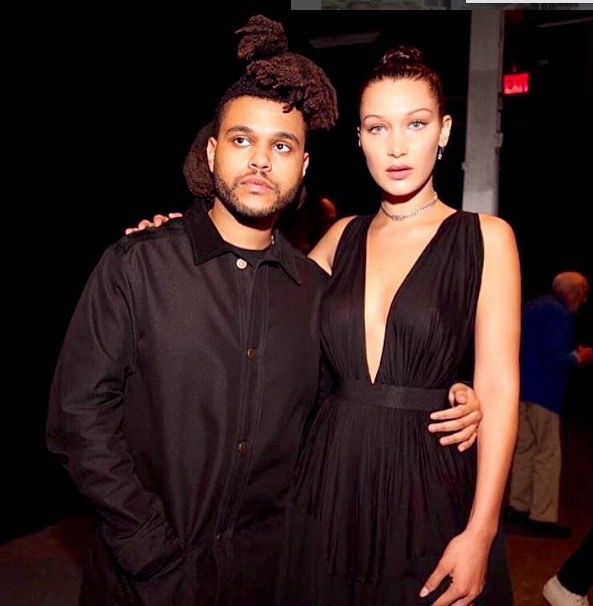 It appears as though the holiday season has claimed yet another celebrity relationship as it winds its festive path of destruction through the lives of the rich and famous. Despite the rather…erm….strident urgings of her Instagram followers, model Bella Hadid and singer, songwriter, and producer The Weeknd appear to have broken-up. Or perhaps are just on a break. It’s a little unclear exactly what’s going on, but the internet is alight with rumblings that all is not so well in paradise.

According to Perez Hilton, an anonymous source has finally spilled the beans about the situation, and while it appears that the couple are still very much in each other’s lives, things are about to get a whole lot more crowded. Bella and The Weeknd have taken a break. Their schedules got very busy and it really cut into their relationship. They are still in each other’s lives though, just not in the same exclusive capacity.

Hmm. Now, it’s been a few years since I was a happening twenty something about town with a famous boyfriend and enough money to stay afloat for five consecutive lifetimes (okay, that never happened), but from where I’m sitting, “just not in the same exclusive capacity” is an only slightly more polite way of saying “going out and having sex with other people”.

The couple have been together since the spring, and if Hadid’s Instagram account was anything to go on (are Instagram accounts ever anything to go on?), they were looking very loved-up as recently as two weeks ago. However, the couple’s seemingly rock-solid footing came into question just before Christmas, when it was leaked that Bella would not be spending Christmas with The Weeknd, but rather with her mother (Yolanda Foster of the Bravo Reality Television show The Real Housewives of Beverly Hills), brother Anwar, and sister Gigi in Aspen, Colorado.

Meanwhile, as Bella and family cozied up in Aspen with Christmas carols and eggnog brimming with yuletide cheer, The Weeknd spent a bit of time celebrating the holidays in that other very traditional way in which men have been ringing-in the season for decades – he went to a strip club with his mates. Okay, we’ll give the guy credit where credit is due. He didn’t just go to a strip club at Christmas. He also just happened to do two new songs ; “Low Life”, which was a collaboration with Future, and a remix of Jeremih’s “Pass Dat”.

The split has likely come as a shock to some largely due to the fact that Bella recently starred in The Weeknd’s latest music video. The Weeknd however, appears to already be out on the prowl, and was allegedly seen backstage at a recent concert in Miami flirting heavily with women. Bella did not attend the concert.

As scandalous as we try to make this out to be, the most reasonable explanation for the breakup is likely the one that was given. Sure, answering a personal question with an honest answer would seem an unusual tactic in the world of celebrities, sometimes, the right answer is the one right in front of you. They’re both famous, they’re both busy…it is entirely plausible that they really and truly cold not find a way to make me for each other (particularly once the newness of the relationship had worn off). However, in the past, The Weeknd has expressed quite a bit of trepadation when it comes to entering into relationships. In an interview with Rolling Stone, he expressed his reluctance to get involved with anyone as it may “distract him from his art”, and spoke of his “conflicted, frequently cold view of women and relationships.”

The Weekend has held these beliefs throughout his early days, and they persist. In an interview with The New York Times, he addressed it.

Probably my and my manager’s biggest fear is if this kid falls in love, we’re done, we’re finished

While normally this sentiment would likely be a cause for alarm, there is one important piece of the puzzle that we all need to remember – these two people are very, very young. The Weeknd is 25 years old, and Bella is all of 19. At that age, you’re allowed to make a couple of declarative proclamations without the yoke of commitment, and at the end of the day, these two really owe us no explanation.