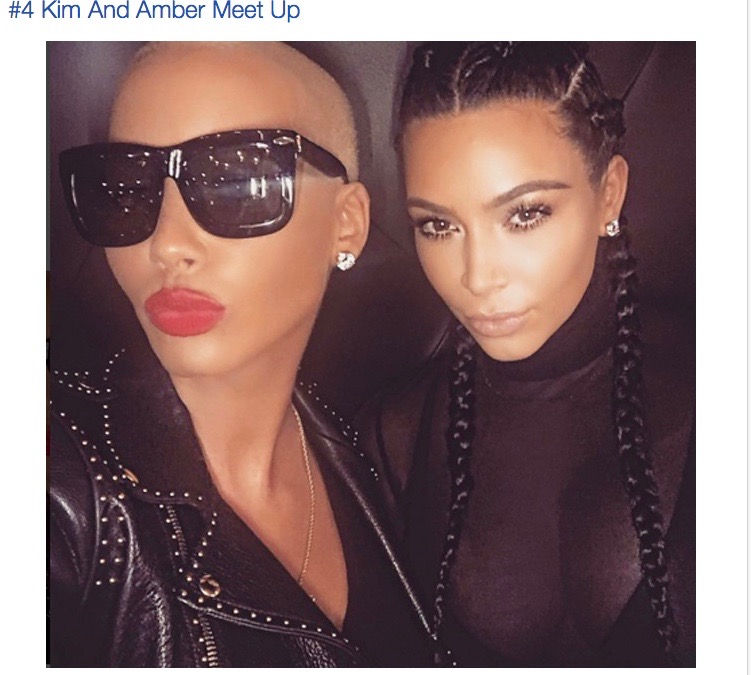 We all know how busy Kanye West has been lately; between deriding Taylor Swift and Amber Rose on social media, his multiple Twitter rampages, and the begging of one Mark Zuckerberg for money to fund “Kanye West Ideas”, it’s no wonder that the man is tired. He’s been busy. All that rage and righteous indignation can take a lot out of a guy.

But how is this going to affect the Kardashian-West empire? That remains to be seen, although the threat of them losing their popularity with their fan base must be at least a little bit real, because this weekend, the Kardashian-West PR Machine (by which I think we can safely assume is Kris Jenner) pulled-out all the stops, went into the Kardashian Situation Room, and officially initiated Operation Baby Picture.

If there was ever a better way to distract an increasingly impatient fan base from a pouting Kanye’s ridiculous behaviour than to wave a bunch of pictures of a kid under their noses, I have yet to discover it. And that, dear readers, is how the internet came to finally see the first photo of Kimye’s second child, Saint West. Naturally, the internet ate it up.

So, Saint West is adorable—no surprise there – Vogue Magazine

Baby #SaintWest is finally here, but how does big sister North feel about it? – Page Six

There he is: Kim Kardashian remembers her father by debuting first photo of #SaintWest – The Root

The timing of the release of the photo of Saint West also coincided with the birthday of Kardashian’s late father, the esteemed lawyer and fixture in the OJ Simpson trial Robert Kardashian. While there is no doubt that Saint West is as cute as a bug in a rug, or that this is a very touching tribute to the memory of Robert Kardashian Sr., make no mistake, there’s method behind these posts. Sure, the Kardashians could have had a day of quiet remembrance of their father – a nice meal at home for just the immediate family,no social media, no paps,  but that’s not really the Kardashian style, is it? Kris Jenner has some pretty sharply-honed PR skills to her credit, and she has played her hand well here, monopolising on not only her late husband’s birthday, but also finally choosing her moment to release the first photos of Saint. Well-played Kris. It was almost enough to make the internet forget about Kanye’s increasingly bizarre and deluded behaviour over the past few weeks.

It would seem that Kris Jenner’s campaign to manage the Kardashian-West image may have actually begun before the first strike of Operation Baby Picture. Looking at Kim and Kanye’s Twitter and Instagram feeds, the pair appear to be on a bit of a damage-control campaign (or at least Kim is) for a few weeks now.  In the aftermath of Kanye’s Amber Rose / Wiz Khalifa Twitter Rant,  Kris Jenner must have leaned back in her padded leather armchair at Kardashian Kommand Central, picked up the intercom, and demanded that all parties report to the bridge immediately because shizzle was getting out of hand.

And thus, the Kim & Amber K3 summit was conceived. Kardashian and Rose met at Kris Jenner’s house, and took plenty of selfies to share with the universe. Because, of course. As I write this, strike #2 of Operation Baby Picture appears to have been launched. Today, Kim Kardashian released the following photo on her Instagram account. Aww. Adorable, right? Daddy and daughter asleep in whatever the rich person equivalent of IKEA is. Except that there is every possibility that it is probably staged.

Then again, they did spend the day shopping with Chrissy Teigen (who is pregnant with her first child) and John Legend. I love shopping as much as anyone, but I think if I were to be forced to spend all day looking at baby stuff, I would probably pass out from boredom too. So perhaps on this one we should give them a pass. Seems that a lot of their Instagram followers did

Isn’t it weird that he fell asleep when he was with her??

Kanye can’t even shut his mouth while sleeping……..!

So much better when he is not talking.

This b probably told them to act asleep 😂