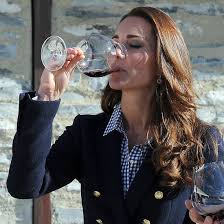 This week, the top prize for laziest celebrity goes to none other than Mariah Carey. The incident in question happened backstage at a Las Vegas hotel; the venue in which Mariah Carey was apparently performing. Right before her performance was about to start, there was a commotion. Mariah always travels with an entourage, so this in and of itself is nothing new, but what her entourage was doing was what really got the attention of the people.

What was happening? They were pushing her across the lobby on top of a cart. That’s what happened. She was sitting in a chair that was on top of a flat cart, being pushed so she didn’t have to walk. This is a still of the video that is posted on instagram, taken by a shrewd fan who we would like to thank from the bottom of our hearts for pulling out an iPhone at the exact right moment. You can click here to view the video for yourself.

This really made me smile. Not just because all of the makeup artists were sort of trotting next to the cart, still dabbing powder o her nose and whatnot (like an obsequious little terrier that needs attention), it also made me realise that we may have achieved new heights. And by heights I mean lows.  Just when you thought there had to be a cap on the amount of divadom one human being could exude, she ups the ante. This is serious, no-holds-barred, Caesar-in-his-chariot diva behaviour. Really, the only thing missing here would be for the guy pushing the cart to take off his shirt, fan her with a palm frond, and feed her grapes.

And it turns out that most of the internet agrees with me on this one. The comments are every bit as good as the scene itself.

Walking is for peasants.

She doesn’t even lift her own cup to her mouth. She has a “holder” – why should she walk? *rolls eyes*

It really is pretty gross, I must say. I never saw anything like it, except Cleopatra, and that was a while ago.

Also entertaining is that last comment…”I never saw anything like it, except Cleopatra”. Cleopatra was 21 years old in 47 BC, so by my calculations, that makes that last poster over 2000 years old! Vampire alert! Get the garlic.

Runner-up for first prize in the week’s laziness competition is none other than HRH Kate, the Duchess of Cambridge.

Over the past week or so, Kate and Wills have come under some fire (yet again) in the press. He for being work-shy and coming-up with a fluffy excuse for it, she for her expensive habit of taking the “company helicopter” form Norfolk to London on a semi-regular basis. The royal PR machine has been burning the midnight oil trying to put a smiling face on all of the bad press, but it just seems to keep coming their way.

So you could imagine their delight when Duchess Kate decided to take the helicopter to Scotland on Thursday.

Yep, all the way to Scotland. Apparently she was in Scotland to do a bit of Royal Charity work (a rare thing in and of itself), and also engage in a bit of tennis workshopping with none other than Judy Murray, the mother of Scottish tennis sensation Andy Murray. The British newspaper The Telegraph reported on the trip, and had this to say about the use of the chopper, which by the way, cost the taxpayers an alleged £3000.

The Duchess risked a row about royal spending by taking a helicopter from Anmer Hall to Edinburgh for a day of engagements that started at 11.30 and finished at 4.15, at a cost of more than £3,000, rather than taking the train or a scheduled flight costing less than £200.

A spokesman for Kensington Palace said: “The Royal Household makes careful decisions about transport plans and always seeks to travel in the most appropriate way possible considering the arrangements for an official engagement.”

While I can concur with the overall consensus of the public (and The Telegraph) that the timing of said helicopter trip is exceedingly poor in light of the recent press the Cambridges have been getting, I also think it is perhaps a little unjust to expect that HRH is going to be able to just pitch-up at the train station like anyone else in the universe without a lot of advance-planning and security checks (that would likely shut-down normal operations and inconvenience a lot of people). I somehow have less of a problem with her taking the helicopter all the way to Scotland, a journey of 415 miles, than I do with her taking it from Norfolk to London – a journey of little over 100 miles. Hey, at least when she went to Scotland, she was going to work. Or “work”, as it were.

However, I do have one pretty big bone to pick with HRH Duchess Kate. It appears that she showed-up for her tennis clinic with her hair down.

Girl… give me a break! That little half-undo at the crown is not going to be capable of keeping your hair out of your face for a match…not even doubles. As an avid player myself, I call shenanigans on this. It is simply not possible to function on the court with a face full of blowdried extensions (apparently they are extensions…so everyone says). Come to think of it, does she ever put her hair up? Kind of makes you wonder what she’s hiding under there…