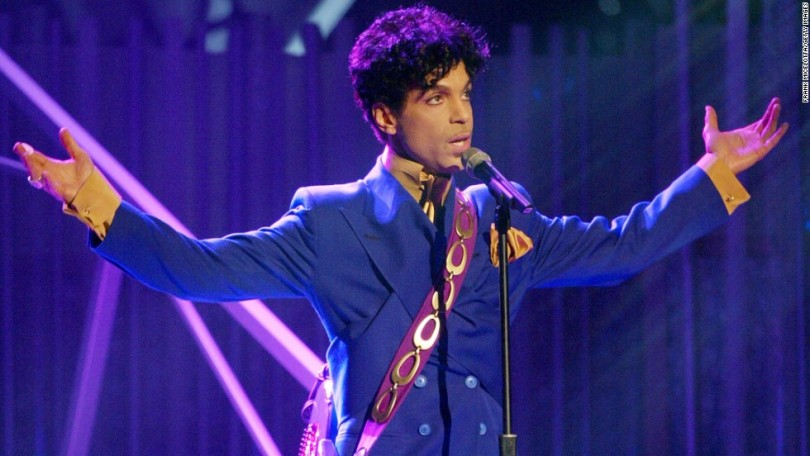 The sad passing of legendary musical artist Prince marks not only the loss of an iconic musical genius, but also of one of fashion’s most unique style icons. Never one to shy-away from controversy, Prince’s style was a perfect blend of Baroque excess, seventies sex appeal, and a more than generous helping of rock and roll. Despite his rather eclectic style influences, Price definitely developed a signature look over the years; we were never able to look at a skin-tight pair of lace flares, cuban heels, or a crushed purple velvet suit in the same way again.

Hollywood life once wrote that Prince was such a unique force of fashion because what you saw on the stage was a reflection of who he really was – not just as an artist, but as a human being.

While some artists adopt a stage persona for their performances, Prince truly identified with the aesthetic he showed off on stage and stayed true to his unique sense of style throughout his life.

Here, I’ve broken-down a few of Prince’s most enduring style elements so that anyone and everyone who might want to can observe them, copy them, or just simply enjoy them. The album that really started it all. Prince’s runaway success with the album soundtrack to the movie Purple Rain (in which he also starred) contained multiple songs that have since become a part of our modern musical narrative. However, at the time (1984), people were just as interested (if not more so) in what the artist was wearing as they were in his music. Prince was not afraid of adding feminine detailing to his looks – poet blouses, frilled sleeves and collars, boots with heels…all of it was fair play for the artist that really skyrocketed to fame after the release of this album. Of course most notably, was the color purple. While his repeated use of the color purple in his sartorial ensembles could have easily been shrugged-off as a marketing tactic for the film in the early days, it was a style signature that he never abandoned, thereby earning himself such monikers as “The Purple One” in the entertainment media. Prince never believed that lace was just an adornment to be limited to sleeves and collars – the artist was well-know to wear lace head-to-toe, usually skintight, and often purple. Prince once again blurred the line between the masculine and the feminine with his penchant for the fabric, hitting his Man Lace peak in the 1980s. I couldn’t have said it better than Essence Magazine, when they quipped that “in the 90s Prince may have sung about diamonds and pearls, but in the 80s it was all about ruffles and lace!” In the late 80s ad early 90s, The Purple One had a period where he was (perhaps intentionally?) channeling Michael Jackson, donning a series of asymmetrically-studded, brightly-colored leather jackets. These leather jackets, in addition to being quintessentially rock and roll, were also a reflection of just how much Prince love to accessorise. Hollywood life once again nailed it with their assessment of The Purple One’s penchant for all things embellished.

Layered chains, hats and high heels were always incorporated into his looks, as he showed off a slew of hairstyles throughout his career and embraced eyeliner. He treated the stage like his very own runway — and it was impossible to tear your eyes away from him Prince was always one to pull at the tail of convention, and what better way to do that than to toy with the rather prudish sensibilities of the general public? We all remember the controversy that was caused by his song “Darling Nikki”, which featured a graphic lyrical depiction of masturbation (albeit a brief one)…among other things. Prince retained that sensibility of pushing the envelope throughout his entire career, and it often shined-through in his wardrobe choices.  He used to say that “a strong spirit transcends rules”, and sure enough, in his case, that appeared to be absolutely true. In this case, a strong spirit also transcended pants.

Putting the Fun in Funk Oftentimes, celebrities who achieve the level of celebrity that Prince did over the course of his career have a tendency to take themselves, and their sartorial game, extremely seriously. This was not the case with Prince. Even his most iconic looks always had a levity to them – a lightness that at times belied the intensity of the music and showmanship that he would them proceed to put forth. One of my personal favorites is the above look on the right. Sunglasses for your “third eye”…you’ve gotta love a guy with the kind of insight to follow-through a sartorial concept like that, and then get someone to engineer it so that it stays on under the bright lights of the stage. Absolutely legendary.