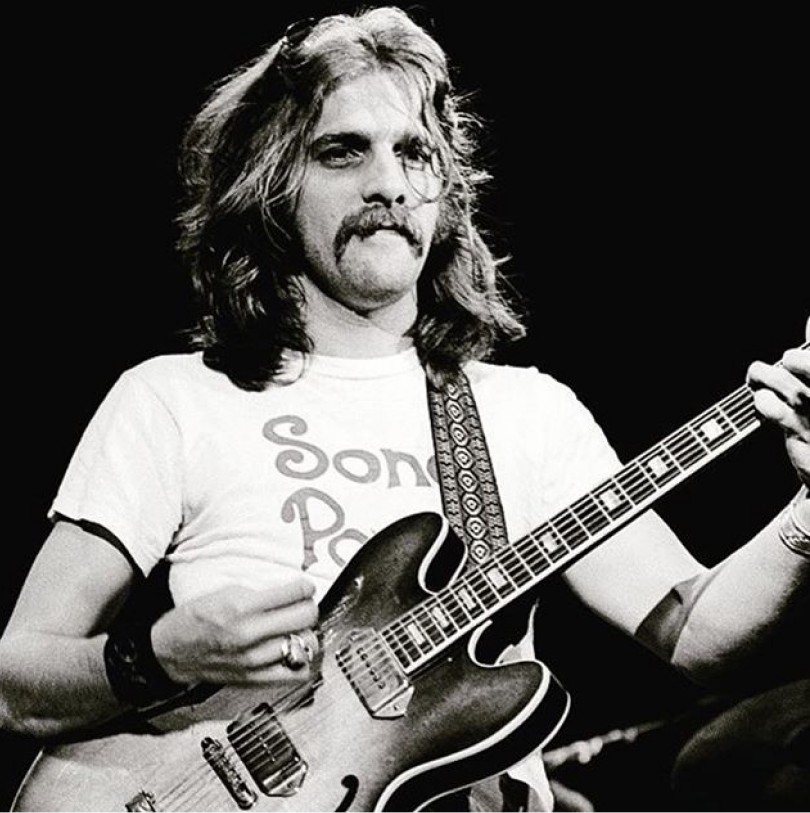 It’s looking like 2016 is shaping-up to be a pretty rough year for some of the world’s finest artists, not to mention the people who love them. It’s only January, and we’ve lost so many; first David Bowie, then Alan Rickman, Dan Haggerty, and now Glenn Frey. The only thing I can think of is that The Man Upstairs is getting the show back together and planning on taking it on the road. It’s the only explanation.

Today, the family of Glenn Frey issued an official statement that was released both to the media and on the Eagles official web page.

It is with the heaviest of hearts that we announce the passing of our comrade, Eagles founder, Glenn Frey, in New York City on Monday, January 18th, 2016. Glenn fought a courageous battle for the past several weeks but, sadly, succumbed to complications from Rheumatoid Arthritis, Acute Ulcerative Colitis and Pneumonia. The Frey family would like to thank everyone who joined Glenn to fight this fight and hoped and prayed for his recovery. Words can neither describe our sorrow, nor our love and respect for all that he has given to us, his family, the music community & millions of fans worldwide.

This news comes as yet another out-of-nowhere blow to music fans all over the world who have been enjoying Frey’s unique styling a for the better part of the last 40-odd years. Frey was born in 1948 in Detroit, and moved to Los Angeles to start a music career in 1960, briefly sharing an apartment with Jackson Browne. In 1970 he met Don Henley, and the pair of them became the rounding members of one of the most popular American rock bands of all time, Eagles.

Frey wrote (and co-wrote with Henley) many of the group’s most popular hits, including “Take it Easy”, “Lyin’ Eyes”, and “Hotel California”.

The group had a bit of a hiatus in the 1980s when Frey and Henley had a bit of a falling-out ( I believe we’re supposed to call it “artistic differences” when it happens between musicians), and the group disbanded. Frey was once quoted as saying to a journalist that Eagles would Only get back together “when Hell freezes over.”

During the 80s while Eagles were split-up, Frey went on to forge himself a very successful sos career, providing hit soundtrack singles for many Hollywood films, including such hits as “The Heat is On” and “You Belong to the City”.

In 1994, the band got back together and began touring. They released a new album during this time, aptly titled “Hell Freezes Over”. Over the years, Eagles have produced five number one singles, four number one albums, and have sold over 30 million copies of their Greatest Hits album.

Of his friend, contemporary, and fellow founding member of Eagles, Don Henley had this to say.

He was like a brother to me; we were family, and like most families, there was some dysfunction. But, the bond we forged 45 years ago was never broken, even during the 14 years that the Eagles were dissolved. We were two young men who made the pilgrimage to Los Angeles with the same dream: to make our mark in the music industry — and with perseverance, a deep love of music, our alliance with other great musicians and our manager, Irving Azoff, we built something that has lasted longer than anyone could have dreamed. But, Glenn was the one who started it all. He was the spark plug, the man with the plan.

Artists from all over the world have been paying tribute to the late, great Frey on social media since the news of his death broke. here is but a mere sampling of what his friends, contemporaries, and famous fans are saying.

Shocker. My friend from the early days, and important member of Eagles, has died. We loved you, Glenn Frey – Steve Martin

Glenn Frey, you will be sorely missed. Thank you for all you gave us – Sheryl Crow

I was shocked to hear about Glenn Frey passing away – it was a real blow to hear. Love & Mercy to Glenn’s family tonight – Brian Wilson

SHOCKED to report the death of GLENN FREY. Eagle & brilliant songwriter. We shared some memories at RRHOF. Shocked… –  Paul Stanley

R.I.P. Glenn Frey. The Eagles are the soundtrack to my life and a lot of other people as well. You will be missed and thanks for the music – Larry the Cable Guy

I’m so shocked and saddened to learn that Glenn Frey has died. He was always so nice to me. This is devastating! – Travis Tritt