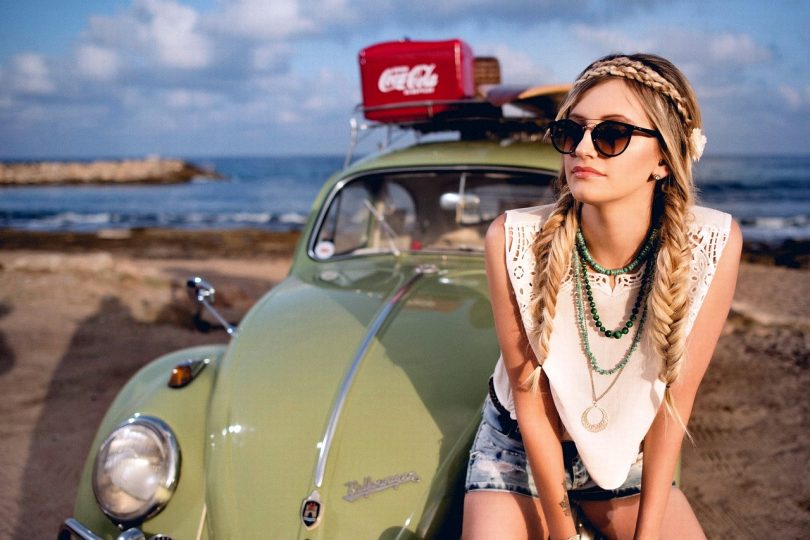 Get out your satin spaghetti-strap slip dresses, dig that burgundy-taupe lipstick out of the drawer, and stop washing your hair, because if Paris Fashion Week was anything to go by, the 90s are back!

The fashion world was already looking-forward to Autumn/Winter 2016-2017, but it was actually the street style stars that set the tone for what’s to come in the new, warmer season! The 90s were absolutely everywhere you looked, and those of us who lived through it the first time simply couldn’t be more thrilled. This time around, there’s a soft sophistication to it that was absent in its first, grunge-inspired permutation. Gone are the dark Goth lips and the greasy unkempt hair, and in its place is a softer, more feminine, and a bit more folksy-eclectic vibe. Perfect. some of us were never really completely on board with not washing our hair anyway.

To channel some of the fashion mojo that is coursing through the veins of the Paris Fashion Week street style stars, here are some key pieces that promise to be making a comeback this spring.

No. 1: The Platform Shoe Platform shoes are once again on the rise *rimshot*. This particular pair is by none other than Marc Jacobs, who nearly single handedly was responsible for some of the 90s most memorable looks.

Most women who like to wear heels have a soft spot for platform shoes; they’re infinitely more comfortable than stilettos, and you still get the height, and the benefits that a well-appointed pair of heels impart to your legs. These ankle-strap platforms looks exactly as some of us remember them, and we’re pretty sure that we will happily wear them again. Though it was still very much winter coat weather during Paris Fashion Week, the street style crown were out and about in their ethereal and floaty springtime regalia. There were pale whispers of silk everywhere you looked, but perhaps the most notable addition to our fashion vernacular was that old 90s favourite, sheer fabrics. However, it’s a far cry from the black illusion netting and sheer sleeves from the first time around. This time, sheer skirts were used as layering pieces, and the most popular color was a crisp springlike white. There simply is no piece that is more quintessentially 90s than the leather motorcycle jacket. Okay, maybe the flannel shirt, but I suppose I meant a quintessentially 90s piece that we would actually want to wear in the year 2016. In the 90s we wore them with jeans, we wore them over our little floral babydoll dresses, we wore them with a formal dress…we just wore them and wore them. Take that as an endorsement to invest in a good one. You’re going to get a lot of wear out of it. Take it form one who knows.

No. 4: The Messy Topknot While all signs point to this 90s hair staple being back with a vengeance, there are many of us who probably never stopped wearing our hair like this at least some of the time. The messy topknot is one of the easiest, most “undone” updos you can wear, and I think I speak for all women of the planet earth when I raise my arms to the sky and give thanks that the way I have been inadvertently styling my hair for the better part of two decades is actually “cool” again. The trick to it this time around is to make it subtle. No big plastic clips, no scrunchies hiding underneath…you want the look to be effortless and chic, not “I just washed my face”.

No. 5: Velvet. And Pretty Much Anything Haider Ackermann In the 90s, we had a serious obsession with velvet. One of my favourite tops was this kimono-sleeved, black velvet top from Ann Taylor Loft that had an empire waist and hit just at the hip. I wore that thing with everything. And now I wish I’d kept it.

While street style stars all looked to springtime influences, the 90s were felt on the runways as well. Velvet made a pretty marked appearance on the runways at the shows, and nobody captured the essence of the 90s velvet vibe better than Haider Ackermann. Their green velvet boots sent showers into fits of palpitations, and were even announced on Twitter as the “best shoes of Paris Fashion Week.” That’s quite an achievement for a pair of crushed velvet boots, usually the lore of Renaissance festivals and Wiccan ritual robes.

While I probably wouldn’t spend my next pay packet on a pair of crushed velvet boots, I would snap-up the 90s-inspired trousers and jackets. There is just something so rich and wonderful about velvet, and you never know, it may be another 20 years until we are “allowed” to wear it again.