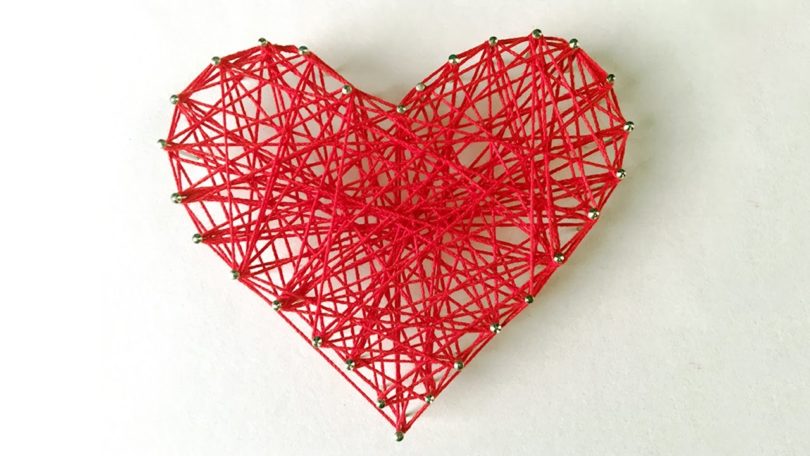 Breakups suck. Everyone knows it, but not everyone knows how best to deal with the emotional baggage that ensues. You certainly wouldn’t be the first person to rely on a pint of Rocky Road and a bottle (or a few) of wine to soften the blow, but there’s only so much heartbreak that chocolate can heal. Understanding your feelings and the emotional process of losing someone from your life may help you feel less alone and heal faster. A breakup of any kind is a significant personal loss, and should be treated as such. It really doesn’t matter if the relationship was terrible and all your friends tell you you’re going to be better off. It doesn’t even matter if you were the dumper or the dumpee. In the period immediately following a split, as you go through the brutal withdrawals, everything feels terrible. By allowing yourself to grieve the loss of your relationship, you will be guided to healing. At first, it’s really difficult to remember and believe that the breakup is real. The heart ignores logic, and habits continue on autopilot. You reach for your phone what feels like a hundred times a day to share an inside joke, you pour two coffees in the morning. You’re slapped in the face by reality every time you see that extra toothbrush, when you hear that song on the radio, and when you realize you need to find someone to go that concert with next month. This is also the time when you may be susceptible to the alluring (but unlikely) belief that there’s still a glimmer of hope for the relationship. Of course you miss each other, and that last fight you had doesn’t seem so monumental now that you’ve had time to cool off. You begin to consider all the variables that could make things better the next time around. “Maybe if I… Or maybe if they change… in time we might…” It’s completely normal to rationalize these fantasies of reconciliation, but it’s also important to recognize that they are that – fantasies. The relationship ended for a reason, and in order to move forward you have to stop dwelling on what could have been. Shoulda-woulda-coulda When your life turns upside down and nothing makes any sense, it’s not uncommon to indulge in a little reckless behavior. You may find yourself with a surprising amount of energy, fueled by confusion and the delirium that follows sleepless nights. The goal here is to channel that energy into something healthy. Instead of replaying arguments over and over, or agonizing over what your ex is up to, try to find a new passion you can throw yourself into. Exercise is an incredible way to boost mood and energy levels, and a form of therapy for many. Haters have nothing on Khloe Kardashian’s revenge body. If that’s not your thing, try an art class, or just about anything that you’ve never done before. You’re going to have some newly acquired time on your hands, don’t waste it worrying about things you can’t change. Ride the wave of that crazy energy and throw it into something new and cool that’s all about you.

“If you ever loved me, how could you hurt me like this?”
After the rain comes the sun, so they say. But before the metaphorical sun, comes a burning ball of fire raging inside you. This phase simply isn’t pretty. Unfortunately, these angry feelings aren’t necessarily going to be limited to your ex. They could make a beeline for the friends you disapproved of and argued about, the flirty coworker who sparked jealousy, the overbearing mother who didn’t like you, or your own friends who haven’t taken your “side”. In this state of mind, it could be anyone’s fault that your relationship didn’t work out. As reality sets in, so too comes a bombardment of feelings to deal with. Although it may be uncomfortable and certainly unpleasant, feeling anger is better than denial or feeling nothing, as long as you move through it. To get those toxic feelings out of your body and mind, find an outlet that makes you feel good and stick with it.

This is arguably the most painful stage of grieving, but it also means you’re in the homestretch on your way to healing. It’s important to be honest with yourself about your feelings, so riding the rollercoaster of emotions after a breakup is the only way through. Allowing yourself to feel sad that things didn’t work out the way you had imagined or hoped is totally normal. The only danger here is lingering in this stage for too long. Accept the offers from the people in your life who love you, lean on them, and keep them close. Without overdoing it, make plans to keep busy and see friends so you don’t have the option to wallow 24/7.

It will probably happen one day when you least expect it. It might creep up on you. You begin to feel lighter and happier without even noticing. Suddenly, going out with your friends isn’t something you force yourself to do. You can see a picture of your ex without having the urge to cry or throw something. If you can accept that your relationship wasn’t meant to be, and not just surrender to the fact that it ended, you’ve made significant progress. At this point, you may even find yourself restored to your old self. After everything you’ve been through, you’re probably a  better, more emotionally mature version of your old self, ready for anything life throws your way.