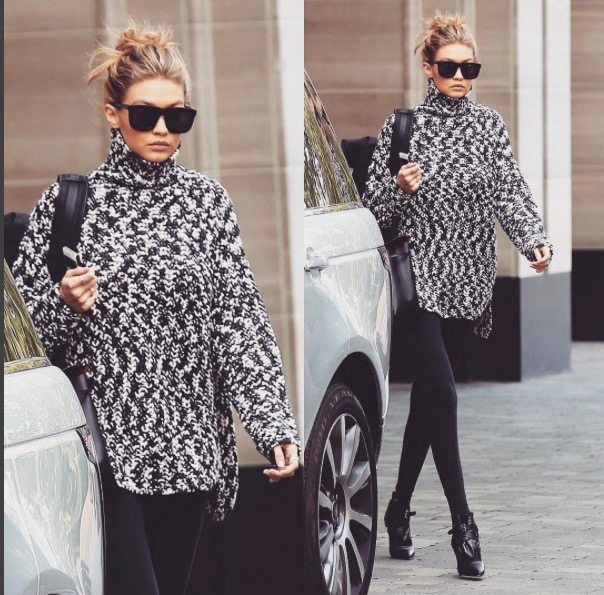 There’s simply nothing in the world that a gossip columnist likes better than a bit of bitchery disguised as a compliment. It’s the oldest trick in the book, and one that never gets old. You know what I’m talking about…that one friend who “complements” you on your new haircut by calling you “brave”, or “likes” that blouse that you just spent half of your pay check on in a “color that she could never wear because it makes her look dead”, but it “looks good on you though.” You know the friend I’m talking about. We all have at least one. I believe that back in the early 2000s, the popular HBO television series Sex and the City dubbed that kind of friend a “Frienemy.”

So apparently 90s supermodel Stephanie Seymour is that friend. Here’s the backstory. A few weeks ago, actress and former model Rebecca Romijn told Entertainment Tonight that the likes of Kendall Jenner and Gigi Hadid were “not true supermodels”, ostensibly as she and her posse once were. To put the comment into context, Romijn was lamenting the loss of privacy with the rise of social media, and the subsequent ionisation of the “Instagirl” movement; models promoting themselves on sites like Instagram and Twitter. Needless to say, the comment landed Romijn in a bit of hot water in the media.

Skip ahead to last Thursday, and the subject was again broached, this time by Vanity Fair magazine, who approached supermodel Stephanie Seymour at the amFAR Inspiration Gala in NYC for her take on Romijn’s comment. Here is what she said.

They are completely different than we were. Supermodels are sort of the thing of the past. They deserve their own title. [Kendall and Gigi] are beautiful girls, and I support all of them, but they need their own title. Bitches of the moment! That would be a good title for them.

Kendall Jenner and Gigi Hadid are not supermodels, but rather “bitches of the moment“. Things just aren’t what they used to be, back in the real days of the real supermodels, where social media wasn’t there to sully the party and the girls all had the world by the cojones.

By way of giving an example, Seymour went on to describe a typical fun and fabulous night on the town back when supermodels were supermodels.

We were listening to Wham! and shooting for this catalogue in England. After work we would head into a taxi and drive around London. And Naomi would scream out the window, ‘God save the Queen!’ After that, we immediately became best friends

Is it just me or does this sound like some contrived script from an Olsen twins movie circa 1998? Or maybe that opening scene from Zoolander where Jitterbug by Wham is playing and all Zoolander’s friends get into a gasoline waterfight at a gas station. It just seems so…contrived. Of course, as D-listed astutely pointed out, there is probably a crucial part of the plot missing from Seymour’s story.

It sounds like fun that could be fuelled by something snortable or drinkable. This was pre-cellphone or maybe brick cellphone times so we can only imagine what Naomi was throwing at maids, drivers, passersby. Oh how wonderful it would be to have those days back rather than these bitches of the moment… If only Kendull or Gigi would actually do something interesting. Come on, girls! Throw a phone! Get busted with some drugs! If you want to be a supermodel, it’s what ya gotta do! Could that be what Seymour was on about? Are the so-called InstaGirls of today too straight-laced for her nineties sensibilities? Maybe, but likely the answer is a lot simpler than that.

From where I’m sitting, the need to berate other up and coming models once you’ve established a career (and a successful one that I hasten to add, is still ongoing), there really can be one reason and one reason only that you would even bother to comment on their lack of “supermodel” status – it is the manifestation of identifying yourself solely via your looks for an entire career.

I once had a boyfriend who very astutely always said that being pretty shouldn’t be a person’s only talent; a phrase that he applied to both men and women. Beauty is fleeting, and aging comes to us all, and it cannot be easy for these once larger-than-life supermodels from the 90s and 2000s to experience the inevitable drop-off in bookings and popularity. However, there are those who embrace the process, which again, comes to us all, and there are those who deal with it by belittling the careers of the new generation of those that are essentially doing exactly what they did, only in the context off modern life. So they’re not “real” supermodels by the standards of the 90s and 2000s? Maybe not, but their Instagram accounts, high-profile bookings, and bank balances tell a very different story indeed.