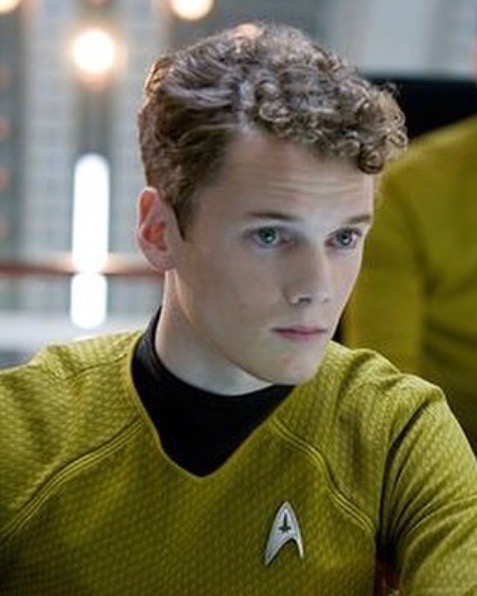 More sad news from celebrity land this week. Anton Yelchin, the 27 year-old actor perhaps best known for his role as Chekov in the recent Star Trek reboot movies, was found dead on his property in California’s San Fernando valley. According to reports, Yelchin was found early Sunday morning. Apparently his Jeep, which was likely accidentally left in neutral on a steep drive on his property, had rolled backwards, pinning him between the vehicle and the pillar and mailbox – a situation which sadly, he was unable to escape. At this point, police do not suspect foul play, and the incident is being treated like that unfortunate freak accident that it appears to be.

According to TMZ, the alarm was raised by Yelchin’s friends.

Yelchin’s friends became alarmed because he was supposed to meet them hours earlier for a rehearsal. They went to his San Fernando Valley home at around 1 AM and found him pinned between his car and a brick mailbox pillar, which was attached to a security gate.
Law enforcement tells us the engine was running when his body was discovered, and the car was in neutral. The driveway was on a fairly steep incline. It’s unclear why he got out of the car. While this does indeed sound like just a tragic accident, there is in fact an investigation going on. While the coroner has already ruled Yelchin’s death to be accidental, People Magazine online has reported that authorities are checking to ensure that the vehicle that Yelchin owned, a 2015 Jeep Grand Cherokee, is not in question.

A Los Angeles Police Department spokesperson tells People that the car was a 2015 Jeep Grand Cherokee – the same model that Fiat Chrysler Automobiles recalled in April after the vehicle was investigated by the National Highway Traffic Safety Administration (NHTSA) for its gearshift design.

According to the story in People, both the 2014 and 2015 Jeep Grand Cherokee designs, manufactured between July 16, 2012 and Dec. 22, 2015, were recalled by fiat Chrysler after the NHTSA issued a report stating that there was great difficulty in determining what gear the vehicle was in due to the design of the gearshift.

While it will be some time before the results of this investigation is known, the grief that Yelchin’s family, friends, and fans feel is real right now. The young actor had a stunning 65 credits to his name, which when you consider the fact that he is but a mere 27 years old, is quite an accomplishment indeed.

Yelchin was born in Leningrad (now St. Petersburg), Russia but came to the United States as an infant. He began acting at a very young age, and found early success. His role in Steven Spielberg’s miniseries Taken was very well-received, and led to other roles, including Terminator Salvation (2009), Like Crazy (2011), and my personal favorite, Jim Jarmusch’s Only Lovers Left Alive (2013), with Taylor Swifts Boy-Toy and Tilda Swinton.

Yelchin had a reputation in Hollywood as being a down-to-earth nice guy who was loved by many, and the tributes that have been pouring-in all over social media attest to that.

I loved Anton Yelchin so much. He was a true artist – curious, beautiful, courageous. He was a great pal and a great son. I’m in ruins. – John Cho

The sweetest, most humble, delightful, talented guy you’d ever meet. Worked together for about a year. Shocked. – Guillermo Del Toro

Devastated to hear about the brilliant Anton Yelchin. He was thoughtful, kind, and gifted. My thoughts and prayers are with his family. – Chris Evans

Absolutely devastated to hear about Anton Yelchin. He was such a gifted, natural actor & a deeply kind man. My thoughts are with his family.

Anton Yelchin was one of my best friends. Can’t say anything that conveys what this feels like.  – Kat Dennings

Anton, you were brilliant. You were kind. You were funny as hell, and supremely talented. And you weren’t here nearly long enough. Missing you.