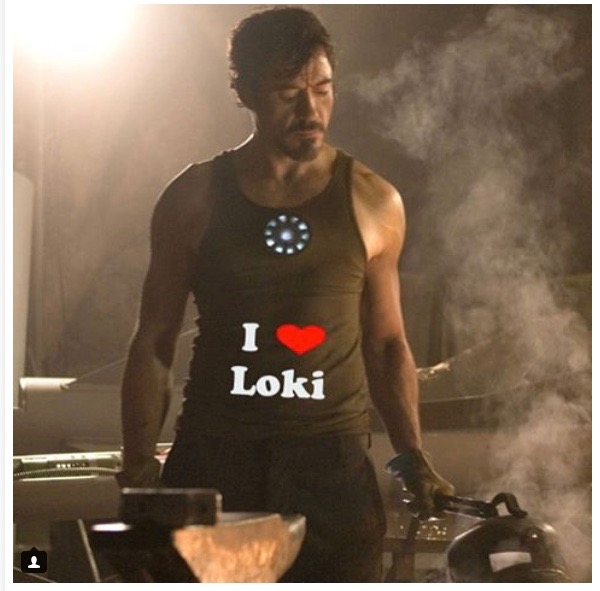 It’s been several weeks now and I have been crouching in the tall grass, waiting to be able to pounce and write my Tom Hiddleston and Taylor Swift breakup piece. I’m still waiting. Don’t get me wrong, my moment will come, you can be assured of that, it’s just that for now, the couple appear to be keeping a “low profile.” I use quotation marks there because what the Hiddleston/Swift machine think of as “low profile” and what you and I likely use as a measure of the same concept are likely two very different things indeed. Thus far, what I can gather from the Hiddleswift (Twiddles) camp is that “low profile” appears to consist of cutting-back the number of entertainment media outlets you call before you appear in public, and only travelling with say, one professional photographer instead of three. You know…low profile.

It has also been a little over a month since Hiddleston shocked the world and alienated himself from most of his rational, thinking fans  by wearing that tank top while at Swifty’s annual 4th of July bash in Rhode Island. I still get little pangs of disappointment when I harken back to the moment I saw The Internet’s Boyfriend wearing that awful thing for the paps. *shudders*

Conveniently, it also happened to be another milestone this past week – Tom Hiddleston appears to have finally given-in to the Swift PR machine’s urgings and joined Instagram. Because if you’re going to date a 26 year-old in Hollywood, what’s the point if it’s not on Instagram? You might as well be dead.

Not one to miss a comedic opportunity, Hiddleston’s costar in all things Marvel, Robert Downey Jr. (who himself has a cool Instagram page), got wind of his costar’s new presence on the social media site, and took the opportunity to bid a unique Instagram welcome to his costar. Robert Downey Junior is famous for his off screen sense of humor, and we are bearing witness to the evidence of that right here. I love how he managed to promote the latest Marvel movie, remind us of the Terrible Tank Top incident of 2016, and still manage to throw a little shade at Tom all in one fell swoop. Now that is how it’s done. He makes it look so easy. Taylor Swift’s management team, take note. This is how it’s done; you gather your intel, choose your moment, and go in for the kill  – once. No need for repeated media assaults on your poor fan base when one nice clean cut will do. Learn from the master.

Naturally, when asked about the incident by The Daily Mirror, Hiddleston pointed to “mutual admiration” as the cause.

I feel like it’s an expression of mutual admiration. It’s great. He’s very sweet. And within the Marvel universe there’s a lot of that going on – a lot of throwing paper airoplanes … I’ve just come from Australia where I was working with Mark [Ruffalo] and Chris [Hemsworth] and we had the best time

Personally, I think Hiddleston is confusing “mutual admiration” with “mutual affection.” The affection between costars is perfectly understandable, but I cannot think of a person alive who thought that the wearing of The Terrible Tank Top was an event worthy of admiration. Which is probably exactly why Robert Downey Jr. waited for a spell, then swept in again with another Instagram post. It soothes me to know that we sour-faced gossip writers were not the only ones with our mouths agape in disbelief after the Terrible Tank Top Incident of 2016. Somehow, Robert Downey Jr’s shade sort makes it all okay, you know?

Incidentally, and interesting development has occurred with the filming of Thor: Ade of Ultron. You will all undoubtedly have seen all the pap photos of Hiddleston and Swift arriving in Australia where Tom was working on filming the next installation in the Thor series for Marvel. As it turns out, Hiddleston’s character has ended up on the cutting room floor. Yep, you read that correctly. Loki has been cut from the film entirely!

However, according to The Daily Mirror, Hiddleston has an explanation for that as well.

It was a part of a dream sequence. It was a part of Thor’s nightmare. Thor has a dream where he meets Loki and Heimdall. It was a day long shoot for me, loved seeing Joss [Whedon] again and Chris [Hemsworth] and Idris [Elba]. As they were testing the film, the initial audiences were like ‘oh Loki is controlling Ultron!’, and Kevin Feige and all the guys at Marvel were like ‘um, no, he’s not’. So they just thought it was confusing. So they were like we have to get rid of it.

Sure Tom, if you say so. Personally, I think that as popular as the Loki character has proven to be, the timing of this is a bit coincidental, what with the entire universe holding their nose at the Hiddleswift affair. Coincidence? I’m not so sure.