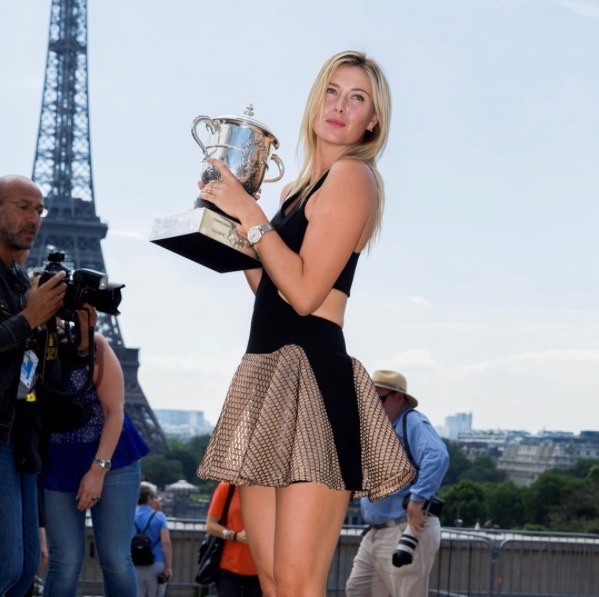 You’ll all remember the scandal that unfolded back in March when tennis superstar Maria Sharapova failed a drugs test after testing positive for the substance Meldonium. Well, it appears that the International Tennis Association(ITA) has spoken, and they have ruled that Sharapova is to receive a 2-year ban for testing positive. In what many are calling a soft “sentence”, Sharapova will also get to hold on to her championship titles, and most shockingly, her largest and most lucrative sponsors, Nike and racquet maker Head, have decided to stick by her, despite an initial suspension of her contract by Nike. The Guardian recently covered the story, and in doing so provided a bit of background on the matter.

Maria Sharapova has found support from sponsors after being given a two-year suspension for failing a drugs test at the Australian Open. Sharapova has vowed to fight the ban, announced by the International Tennis Federation on Wednesday, after she tested positive for prohibited substance meldonium and high-profile sponsors Nike, Head and Evian are standing by the Russian, with Nike lifting the suspension they imposed on their contract when news of her failed drugs test emerged in March. At the time of the failed test, the sportswear company said it was putting its eight-year, $70m deal on hold. But in a statement on Wednesday night, it said that it had decided to continue working with Sharapova.

Sharapova’s defence has always been that she was unaware that she was breaking any rules, and astonishingly, despite the ITF having read what the Guardian described as a rather definitive, if not outright damning statement, the loyalty of two of her biggest sponsors that allows her continued presence on the world sport and commercial stage seems to send the opposite message. So much so, that almost immediately after the announcement of the ruling, new rumblings began to surface. But first, lets look at the message of the ruling, which stated very clearly that Sharapova was at fault.

Sharapova does bear sole responsibility for the contravention [of the anti-doping rules], and very significant fault, in failing to take any steps to check whether the continued use of this medicine [Meldonium] was permissible. If she had not concealed her use of Mildronate from the anti-doping authorities, members of her own support team and the doctors whom she consulted, but had sought advice, then the contravention would have been avoided. It wasn’t only the ITF that had doubts about Sharapova’s story. The Guardian had some pretty serious doubts about it as well.

Sharapova’s argument that the ITF, which had pushed for a four-year ban, had not discharged its duties in failing to warn her, was rejected. The tribunal ruled that it had done so by publishing the prohibited list on its website and in its wallet cards; “Any player who had any doubts as to whether a substance was included within the prohibited list had the ability to carry out a word search of the Wada documents, or to seek advice through the ITF’s 24-hour hotline

Yet the sponsors remain. Well, not all of them, but certainly the most lucrative ones. Both Nike (who as stated, initially retreated from Sharapova but then renewed her lucrative 30 million contract) and Head (who never wavered in their support of her) have remained by her side, and her face will continue to grace their brand endorsements. This is something about which many have had a fair amount to say. Even the sports G.O.A.T (Greatest of All Time) Rodger Federer (who in my house gets referred to as “my fake tennis boyfriend”) had something to say about sharapova’s plea, calling for a zero-tolerance policy.

It doesn’t matter if they did it on purpose or not – I don’t really see the difference. You need to know what goes into your body; you have to be 100 percent sure of what’s going on. As if having one of her own peers (as well as the sport’s most iconic names) condemning her wasn’t enough, the internet has also responded in kind, with all manner of criticism stemming from privilege to flat-out cheating. Here are some of the various responses from around the internet.

The biggest deal was Nike, because that’s her most lucrative contract, and I’m absolutely shocked that they’re sticking with her. While Sharapova has always been more of a model than a professional tennis player, surely it’s bad business for an athletic wear company to continue spending tens of millions of dollars on an athlete banned from her sport following a thorough investigation?

The sheer quantity of drugs she took when she had no medical condition related to them should tell her sponsors all they need to know! She clearly used them for performance enhancement throughout her career and still did after they were banned. As ever money and power are the corrupting forces for her and those that back her! – Anonymous