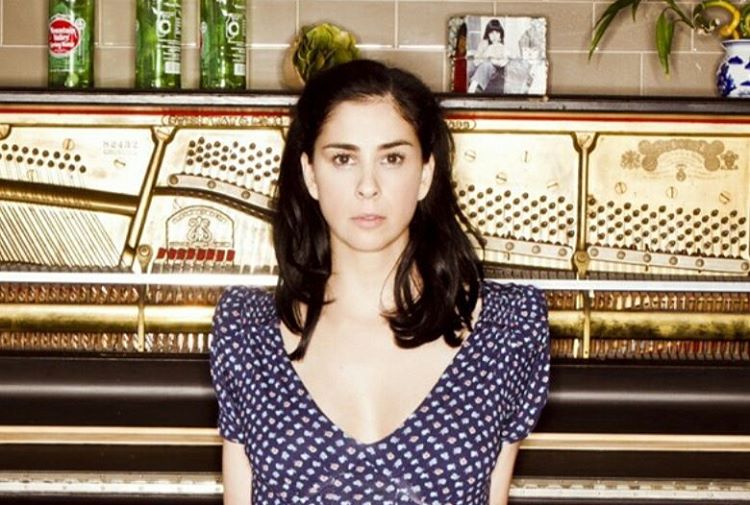 The Sarah Silverman we know and love has always been a saucy stand-up star and hilarious comedian, so it took fans by pleasant surprise when she revealed that she’d be taking a turn for the dark in the film “I Smile Back”. The film is based on a 2008 novel by Amy Koppelman and was released early this year. Silverman’s performance received rave reviews, landing her first ever Screen Actors Guild nomination. She’s nominated for Best Female Actor in a Leading Role and no one was more shocked by the news than Sarah herself. Unaware of the announcement, Sarah recalls her manager, Amy Zvi’s, phone call.

Silverman says, “I answered the phone and she was sobbing. I thought somebody died. I didn’t realize these were being announced [today].”

She First Shared the News with Her Late Mother Silverman kept the news quiet at first, but made an email to someone close to her. She shares, “I didn’t tell anybody. You learn early in Hollywood not to share your wares or brag. My mom died in August, but I email her good news, so I emailed her. On my birthday I wrote her a really long email and today, I found a picture of the list of names, the five [actress’] names and I sent her the picture and I said, ‘I got nominated! And I miss you,’ it’s so corny.” Her mother, Beth O’Hara passed in August of this year at the age of 73, surrounded by family and friends.

Silverman on Allowing Herself to be Proud of Her Achievements

Sarah admits that she has struggled with allowing herself to be neutral about what others say about her, but that she is allowing herself to relish in the support. Silverman reveals, “I worked so hard in therapy to not let my self-esteem be defined by outside sources but today, f— it. I’ve just been letting myself feel really nice from it. I’m totally shocked. I’m not trying to be humble. Everyone who works with me is shocked, it’s so lovely, it was unexpected and I’m really letting it make me feel great.”

Her outlook is optimistic, “This is just an unbelievable frosting on a great cake of a good life. But I’m excited because most starlets are discovered at 45, and I just turned 45.”

While she may be acclaimed for her drama debut, Silverman is still a true comedian at heart, “I feel like I’m kind of slumming it being in the company of like Dame Helen Mirren and Cate Blanchett and all those hacks,” she jokes.

Depression in I Smile Back Hits Home for Her

The film I Smile Back, directed by Adam Salky, follows a middle-class soccer mom who struggles with depression and substance abuse. The movie’s main character, Laney, seems to have it all: a great husband, kids and a beautiful home but despite her seemingly perfect life, she can’t shake her state of depression and reckless behavior.

Silverman has been open about her struggles with depression, a battle she’s faced since she was a young teen. When asked by Vogue what depression felt like for her, Silverman states, “I can only speak from my own experience, and I would say that the depression I experienced feels like a chemical change.” She adds, “When it came over me, when it comes over me, it feels like it’s coming over me like a flu. You ever just sit … and you’re fine and the next moment you just go, “Oh, Jesus, I have the flu.” It’s just that fast. It felt like that. Especially when it first happened in my early teen years. I was about 13 … and I had been an extremely social person with best friends and the class clown and all of that meant nothing suddenly. Being with friends felt like a burden. I remember just sobbing.”   At the age of 13, she had been prescribed Xanax by two doctors. At one point, Silverman was taking the medication four times a day, which left her feeling disconnected and foggy. Finally, she was introduced to a new doctor who was horrified by the amount of Xanax she was taking. He weaned her off the medication and introduced her to a low dose of Zoloft, a move which she says, changed her life.

Silverman reflects, “Since ’94 I’ve been on a low dose of Zoloft that has been a godsend to me; it was the perfect fit for me and I feel like I can live life. … I’m very lucky in that I still experience highs and lows and I think those lows are important, but I am not totally paralyzed and it keeps me from just complete state of paralysis emotionally and almost physically.” It’s wonderful to hear that Sarah has found a way to manage her depression and live a somewhat normal life. We can only assume that her experiences played a huge role in her ability to deliver such a stellar performance in I Smile Back. We’d love to see more serious roles from Sarah!