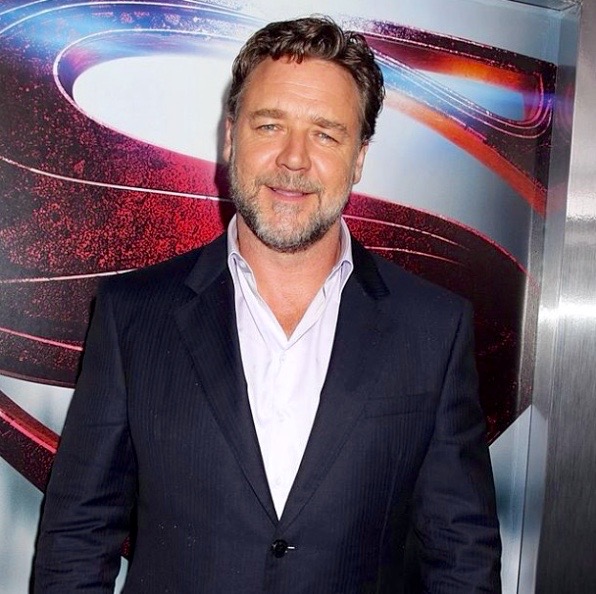 For a good long while now, Russell Crowe has had a reputation within the industry for having somewhat of a hair-trigger temper; surly interviews, taking pot-shots at the paparazzi, and throwing hotel telephones in the general direction of the heads of people who have upset him have all been a part of his repertoire at one point or another.

However, lately we haven’t heard from him in a while. It is almost as if, dare I say it, age and wisdom have somehow mellowed him out a bit. However, some gossip news that has come across the Trendelier wire today has us breathing a sigh of relief that the old Russell Crowe, the phone-throwing, tantrum-having one that we have all come to know and love, is still alive and well, although apparently perhaps still stuck in an airport somewhere with his family.

Apparently the whole kerfuffle started when Crowe and his two sons, Tennyson and Charles, boarded a Virgin Australia flight with their brand new hoverboards in tow. Shortly after finding their seats, the flight crew informed the trio that they would not be allowed to take their hoverboards on the aircraft. This did not go down well, with Crowe, who ultimately voluntarily disembarked the aircraft with his two sons in tow, forcing the flight crew to then locate and offload their luggage.

But Crowe’s decision to end his trip before it began wasn’t the end of the story. Soon after disembarking the aircraft, Crowe did what every self-respecting celebrity with a grudge does in the year 2015 – he took to Twitter to air his grievances. While we can totally feel his pain in that it is gut-wrenchingly disappointing when you’ve spent a lot of money on something (or in this case two somethings), and are excited beyond words to have it with you on your trip, only to have the often overzealous “airport gestapo” rain all over your parade. Hey, we get it.

It’s pretty clear that Crowe put exactly zero percent effort into researching whether or not hoverboards would be allowed on an aircraft before he embarked on his journey. It is also clear that he also has not been following any number of social media accounts that have recently posted stories about not being able to travel with their hover boards on an aircraft, or even at the airport. There are many accounts out there from both celebrities and “normal” people that tell a tale of being turned-away from their flights unless they made other arrangements for their hoverboards.

For instance, there is the story from way back last August in which Wiz Khalifa got taken down by what appears to be no fewer than six police officers at LAX after riding his hoverboard around the airport terminal, culminating in the following scene and rather spectacular Twitter fodder.

Then of course, there’s the ongoing safety debates surrounding the powerful lithium ion batteries that power these hoverboards. There have been oodles of reports about hover boards (especially the cheap knock-off varieties being imported form overseas) that have been spontaneously combusting and causing fires, or worse. These hoverboards have been considered a hazardous material for quite some time; so long a time in fact, that as of December the 14th, Southwest Airlines was officially the very last American airline to ban hoverboards completely from their airlines, both inside the cabin and in the hold.

Most of the major European airlines had already banned hover boards. British Airways have had a ban on hover boards for quite some time, and as it turns out, so has Virgin Australia. Had Crowe bothered to check the Virgin Australia baggage website before he brought his family on the plane, he would have seen what anyone checking the “dangerous goods” section of their baggage section of the website would see.

The following items must not be taken on board (in carry-on or checked baggage) a Virgin Australia domestic aircraft under any circumstance: Lithium battery operated small recreational vehicles

As has always been the way of things, celebrities often don’t let personal accountability get in the way of a good Twitter rant. In keeping with tradition, Crowe did not disappoint on the Twitter front; he apparently felt that the airline owed him a personal invitation to point-out the dangerous goods section of their carry on policies; he felt that “someone should have told him when he bought the ticket” (as if somehow they would be able to intuit the presence of a hoverboard over the phone or online).

However, the high point (at least for us) of the entire exchange between the actor and the (remarkably poised and professional) customer service Twitter representative at Virgin Australia was the swift efficiency with which they dispatched his self-righteousness and failure to accept any degree of accountability in the matter. In what is perhaps the shortest yet most effective display of perfectly-worded passive aggression we have ever seen, Virgin Australia manages to shut it down with one very polite and succinct tweet, and for this, we salute them.