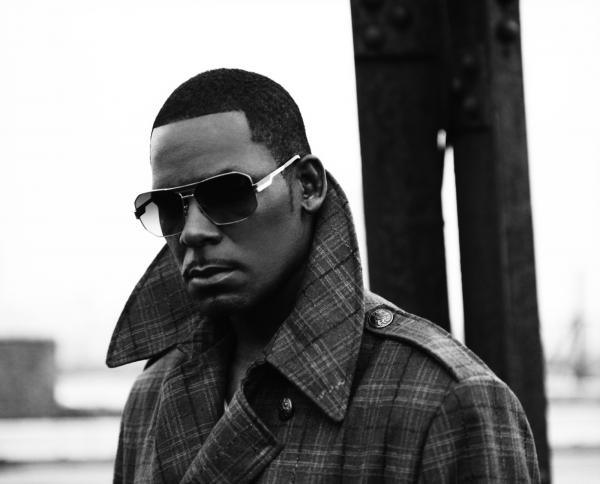 In an interview with HuffPost Live today, R. Kelly got his knickers in quite a twist indeed. The R&B singer has never been known for his diplomacy or humble nature, and today, he proved to us once and for all that absolutely nothing has changed. In case you need a refresher, R. Kelly has a rather long and sordid history of the sexual assault of underage girls. Interestingly, the music industry gave him a pass for many years; he was extended invitations to perform at such events as the Pitchfork music festival and even continued to make albums after reports of his behaviour surfaced just a little over 15 years ago. During the HuffPost live interview, Caroline Modarressy-Tehrani asked R. Kelly about his past, and initially, he answered. However, when she probed, he became defensive, spewing-out the usual defensive tactics that she was just after “ratings”, and walked-off set. If you want to watch the whole interview, be warned, the attitude is strong in this one, and it’s not an easy interview to watch. Why did it take so long for the public to finally form an opinion about R. Kelly? The answer to that is likely a combination of factors, but reluctance to believe the allegations was likely at least one of those factors. R. Kelly hails from Chicago and by no means came from a privileged background. He attended school at Kenwood Academy, but never graduated. According to the Village Voice, after not graduating, he spent time singing for his supper at backyard barbecues and on the El, Chicago’s network of elevated and underground subway trains. Everyone loves an underdog story, and from these humble beginnings, Kelly was discovered by a music producer, and became an almost overnight success. While his success was at its peak, Village Voice music journalist Jessica Hopper interviewed Kelly multiple times, and wrote about his strange and emotional outbursts that ranged from overt sexual innuendo to falling on his knees in prayer and crying for forgiveness for “his sins”. When Hopper wrote about this, she didn’t really know what it meant, other than it was a strange way to behave. However, one of her fellow journalists knew exactly what it meant. Chicago Sun-Times journalist Jim DeRogatis had been following the story for years, and posted a series of online discussions about  the singer’s questionable continued involvement in the music industry. It was DeRogatis who encouraged Hopper to dig deeper. While Hopper was at first disinclined to believe the stories about Kelly, the day after she ran an interview she had done after the release of his album TP2, her office received an anonymous fax.

R. Kelly’s been under investigation for two years by the sex-crimes unit of the Chicago police

Thinking at first it was just an attempt to derail a famous name, she didn’t think much of the fax. However, her journalist’s gut wouldn’t let her ignore it for long. In addition to the claim that R. Kelly had been under investigation, there were also specific names, dates, and places listed, so she decided to dig deeper. What Hopper found made her “stomach churn”. She uncovered multiple reports of the sexual assault of minors. Many of the court reports had been filed late in the day, and on holidays as to avoid the prying eyes of journalistic outlets. Kelly liked his victims young, as young as 14 and 15, and the trail of assaults went all the way back to his time at the Kenwood academy. According to the reports, once he found success professionally, Kelly would return to Kenwood academy and “recruit” young girls from the gospel choir and have sex with them. According to hopper, the reports of the acts these girls were coerced into were graphic, disturbing, and ultimately ruined many of their lives. In most of the early cases, Kelly avoided further prosecution by paying-off the victims. Despite his hissyfit at being called-out as a perpetrator of sexual crimes against minors, that is in fact, exactly what he has done. In 2002, he was finally indicted for child pornography, in which he essentially captured the rape of one of his many, many victims on video. It was used as evidence against him in court, and although the evidence was damning, Kelly ultimately avoided spending any significant time in lockup. Kelly’s continued presence on the R&B scene, as well as his latest hissyfit on the back of being called-out by a reporter only underscores the fact that he appears to not only be without remorse, but in fact may be delusional about the public’s capacity for forgiveness. While his story certainly took its time gaining traction, it now appears to be finally sinking-in with his fan base.  According to HuffPost Live, his latest album sales have been dismal, with more than 100,000 less copies sold than his previous efforts in 2013.  It appears that his crimes may finally be coming home to roost. Not that R. Kelly would acknowledge that.

You can’t satisfy everybody. I will continue to do my job until I get fired, and the only people who can fire me are my fans.

While it would be lovely if we could in fact, just tell Kelly “you’re fired” (much like another delusional public persona that is in the news of late), the reality is that it’s not going to be that easy. However, if today’s non-interview with HuffPost Live is anything to go by, all you have to do is hold him to account for his actions and he will crumble. For the sake of his victims, here’s hoping one of these times, he just goes away and stays there.