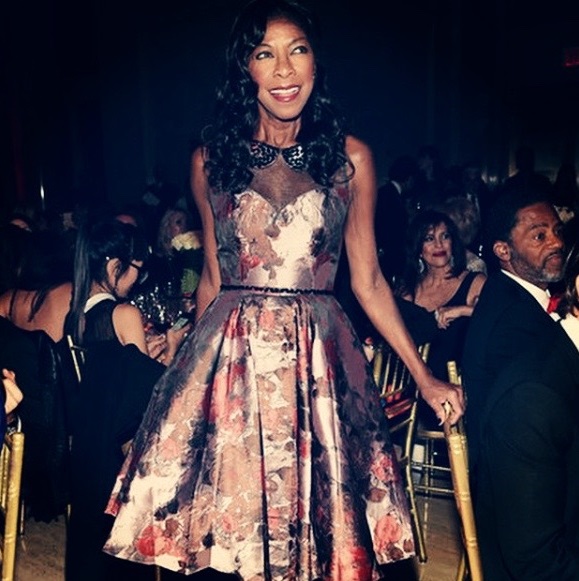 It is with a sad heart that we announce that legendary singer and multi-Grammy winner Natalie Cole has passed away – she was 65 years old.

The singer had recently been forced to cancel many of her shows due to her ill health. Cole suffered form Hepatitis C, and had recently been experiencing complications from a kidney transplant that she had undergone in May of 2009. Cole had fought long and hard with her health issues, but sadly succumbed to heart failure at Cedars-Sinai medical Center in Los Angeles on Thursday night.

Cole, who was the daughter of jazz legend Nat King Cole, found her first big success with her 1991 album “Unforgettable…With Love”. The album featured some of her father’s hit songs, with the most popular being the title track, in which her father’s rendition of the song is spliced-in to Natalie’s version to create a father-daughter duet. The Album sold 14 million copies and won six Grammy awards.

While its obvious that Cole had some pretty good musical genes, she also was raised in an environment that was pretty much any jazz or R&B artist’s dream. Her famous father had married another talented jazz artist, former Duke Ellington Orchestra singer Maria Hawkins Ellington. From the age of six, she was already putting in performances here and there, perhaps most notably on her father’s Christmas albums, and by age 11 was already doing gigs of her own.

By the time she reached adulthood, she was already a seasoned professional with the kind of experience under her belt that most artists would take a lifetime to achieve. Years ago, when asked what her favourite kind of performance was, she had this to say.

I still love recording and still love the stage, but like my dad, I have the most fun when I am in front of that glorious orchestra or that kick-butt big band.

Oddly, despite having been performing from an early age, Cole was not always planning a musical career. While she had been a feature on her father’s aforementioned Christmas albums and had even performed live with him in 1961 at the Greek theatre in LA, Cole had at one point been hoping to study child psychology.

While at the University of Massechusetts at Amherst, Cole had a bit of a cultural awakening. She began to protest the Vietnam War, and even joined the Black Panthers for a spell. She once spoke about it to the UK publication the Guardian.

I was raised in a very protected environment and didn’t have a lot of black friends as a child. When I went to college I realised I was a black person too. It was a great eye-opener for me, which is why I got involved.

Unfortunately, it was this rather experimental period in her life in which she began to dabble with LSD and ultimately heroin, a drug that would later become an addiction, and years-later send her to the Hazeldon Rehab Center where she was able to get ahold of her addiction issues and emerge to a very successful, post-rehab career.

Sadly, it was this short, experimental period in her life that ultimately led to her untimely death. In 2008, Cole very publicly announced that she had contracted hepatitis C, which she attributed to her past IV drug use. Not long after, she experienced the kidney failure which led to her receiving a donation in 2009. Sadly, it was complications from this donation that led to her death.

Natalie Cole is remembered very fondly both within and outside of the music industry, and her death has inspired scores of well-known artists to come forward and pay tribute to her memory.

She was a beautiful spirit, a consummate artist and an inspiration to so many. Natalie will be truly missed, but her light will shine forever. – Patti LaBelle

I am deeply saddened to hear of the passing of Natalie Cole, as I have cherished the long friendship I had with her, her father Nat, and the family over the years. – Tony Bennett

Prayers for Natalie Cole’s family. She saw and touched the world through her journey of life and with her beautiful voice. – MC Hammer

As the new year was ushered in, an angelic instrument moved on. Natalie Cole’s voice was perfection. And what a lady… You will be missed, my dear. Love. – Lenny Kravitz