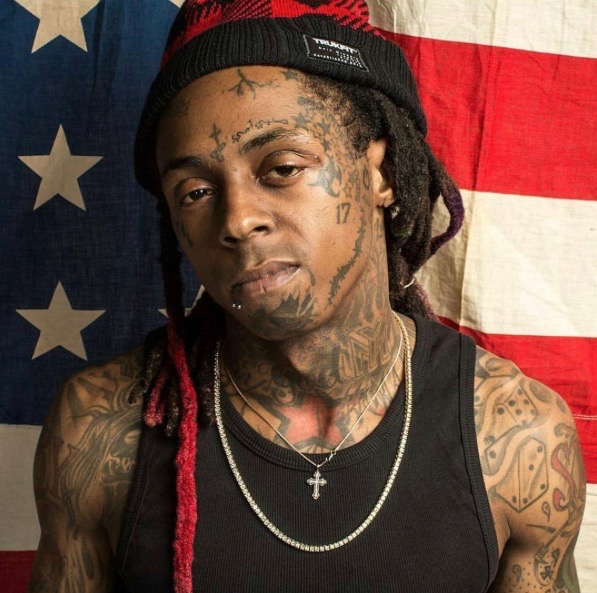 On Monday. King of the Gossip Rags TMZ reported that rapper Lil Wayne forced his private jet into an emergency landing while on a flight from Wisconsin to California. The plane, which ended up landing in Omaha, Nebraska, was met by paramedics with the intent on taking Lil Wayne to the hospital. However, Lil Wayne refused all treatment, and returned to the aircraft.

As anyone vaguely familiar with Murphy’s Law might have predicted, Wayne (whose real name is Dwayne Carter), immediately started having seizures again once the plane took off again,forcing it to turn around and make yet another emergency landing.  This time, the rapper was taken off the aircraft and taken to Creighton University Medical Center for treatment, where he was treated and subsequently reported to be “in stable condition and good spirits.”

Lil Wayne is actually a  known epileptic, and has spoken openly to the press on occasion about the condition. Back in 2013, the rapper opened-up to E Online about his battle with epilepsy and the constant fight to control his seizures.

I go to sleep and wake up in the hospital. I don’t feel anything. I just hope it stops happening.

Unfortunately, it looks like the rapper is still battling these recurring seizures three years later. The aforementioned E Online article references an occurrence that happened a few years ago that landed him in the ICU at Los Angeles Cedar Sinai Medical Center.

The hitmaker was hospitalized in the ICU of Los Angeles’ Cedars-Sinai Medical Center for six days following multiple seizures. He subsequently recovered only to be felled by another seizure on April 30 that landed him in the hospital again.

On both occasions, Lil Wayne took to Twitter to let fans know that he was OK and thank them for their prayers. He also told L.A.’s Power 106 in March that he’s an epileptic and prone to seizures, but “y’all just never hear about it.” While someone who suffers from epilepsy experiencing a seizure is not always cause for a full-on medical emergency, an epileptic who experiences either multiple successive or continuous seizures is most assuredly a medical emergency. This particular type of repetitive seizure is a medical condition referred to as status epileptics, and immediate intervention is required in order to prevent further medical complications. According to the Epilepsy foundation of the United States, over the past several years, research has led to more stringent diagnostic guidelines for status epileptics. Years ago, a seizure used to have to last 20 minutes, or a series of seizures would have required that the sufferer not fully regain consciousness in-between seizures in order for the diagnosis to be made. Nowadays, a seizure only needs to last 5 minutes, and a referral to hospital must be made with or without the regaining of consciousness in the case of recurrent seizures. To treat this condition, supportive care is required in the form of IV fluids and medications, along with oxygen and full monitoring of the vital signs.

The internet being the internet, rightly or wrongly, there has of course been speculation as to what may have triggered Lil Wayne’s seizures in the first place. Some sources are suggesting a substance with a street name “sizzurp”. In 2013, around the time the story broke of Lil Wayne’s ICU stay, the LA Times did a piece on a new drug trend that was making the rounds in the clubs.

This wasn’t some exotic new hallucinogen. In fact, it was usually mixed with fruit soda and sipped from oversized plastic foam cups. A cough syrup, fortified with codeine and promethazine and bought with a prescription, it was highly addictive — and technically legal.

Followers of Lil Wayne (Dwayne Michael Carter Jr.) know well his affection for “sippin’ on syrup,” as the phenomenon is known.

As far back as 2005, Lil Wayne rapped affectionately about his favored cocktail — sizzurp with fruit soda to mask its unpleasant medicine taste — on the song “Lock & Load”: “I’m probably drinkin’ that syrup/Thinking I won’t slip/Even though I’m leaning like a broken hip.” Admittedly, I learned something about life when reading-up on sizzurp. From my little protected perch behind my writer’s desk, I had never even heard of the stuff. However, as someone who spent years working in acute medical and intensive care units in hospitals, the ingredients of the cough syrup are very familiar. Codeine, which most people are familiar with, is a potent pain killer that also has a secondary function of suppressing the cough reflex. Because it is also a drug that makes people nauseous, they add promethazine to the syrup. Promethazine also has a slight sedating effect, and promotes a sense of overall well-being, which in the context of sizzurp, seems to add to the high.

While the LA Times story of Lil Wayne’s affection for sizzurp is from years ago and therefore we cannot connect that to the events of this past week, we hope sincerely for the rapper’s sake that the doctors can get a handle on his condition. We wish him well.