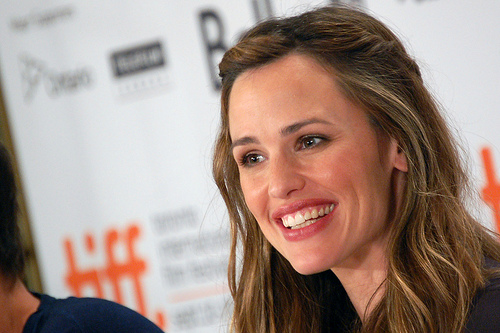 Hearts broke around the world on that fateful day in June of 2015 when, on the day after their 10th wedding anniversary, Jennifer Garner and Ben Affleck announced their divorce.

In a vague and predictable joint public statement the couple said, “After much thought and careful consideration, we have made the difficult decision to divorce. We go forward with love and friendship for one another and a commitment to co-parenting our children whose privacy we ask to be respected during this difficult time. This will be our only comment on this private, family matter. Thank you for understanding.”

All the key words were there: co-parenting, going forward, love, privacy… after years of speculation about the status of their marriage, the couple finally confirmed what the public had been fearing. America’s sweethearts were splitting up. Following this statement, both parties stuck to their word and refrained from public commentary about their split.

The tabloids, however, did not. Rumors swirled in the media about what had caused the demise of this seemingly perfect couple. Was it his alleged booze-fueled gambling trips to Vegas? Her jealousy of ex-love Jennifer Lopez? Then there was the “nanny-gate” scandal…

Let’s recap- Jen and Ben married in June of 2005 on a beach in Turks and Caicos. In an underdog story that Americans can’t resist, the lovable reformed bad boy landed the stunningly beautiful and successful girl next door. We loved to see watch the couple going about their daily life. We were charmed by photographs of the couple and their children going to the farmer’s market on a Sunday morning. They made mundane activities appear desirable and attainable. It seems no marriage in Hollywood is safe from the often ridiculous and unfounded claims of the media, but this truly seemed like a couple that would weather the storms. Unfortunately in this case, where there was smoke, there was fire. Now we may finally have some answers to our questions, as both Jennifer and Ben have been making the rounds doing press for their respective upcoming movies. And instead of shying away from speaking about their personal lives, as they have been known to do in the past, they have directly addressed their split in recent interviews.

Jennifer is starring in the upcoming film “Miracle from Heaven” about a mother whose daughter is battling a rare and life threatening disease which is inexplicably cured after she falls out of a tree. Her performance is supposedly charged with raw emotion; perhaps she could identify with some of the pain and suffering.

“It was a real marriage. It wasn’t for the cameras. And it was a huge priority for me to stay in it. And that did not work.”

She is obviously aware of the public’s fascination with her marriage, and insists that all the paparazzi photographs over the years had nothing to do with her relationship. In this bombshell Vanity Fair article, she shockingly addresses the nanny disaster.

In case you didn’t hear, in the months following the divorce announcement, an all too familiar scandal rocked the couple. Already battling rumors of infidelity, Ben allegedly began seeing the couple’s former nanny.

We had been separated for months before I ever heard about the nanny. She had nothing to do with our decision to divorce. She was not a part of the equation. Bad judgment? Yes. It’s not great for your kids for [a nanny] to disappear from their lives.”

“I didn’t marry the big fat movie star; I married him,” she says. “And I would go back and remake that decision. I ran down the beach to him, and I would again. You can’t have these three babies and so much of what we had. He’s the love of my life. What am I going to do about that? He’s the most brilliant person in any room, the most charismatic, the most generous. He’s just a complicated guy. I always say, ‘When his sun shines on you, you feel it.’ But when the sun is shining elsewhere, it’s cold. He can cast quite a shadow.”

“She felt like she wanted to discuss it and get it out there and get it over with so she could say, ‘Look, I already talked about it — I don’t want to do it again.'”

“It’s fine. She’s allowed to talk about it,” he said, adding that the two were still amicable. “Jen’s great. She’s a great person. We’re on great terms.”

After Ellen commended him for making it clear to the public that the kids are their priority, as they are frequently seen spending time as a family, Ben confirmed:

“Absolutely, you know?” said Ben, 43. “We’re good friends and we’re doing our best and our kids are fabulous and we’re working our best for them and that’s…What are you gonna do?”