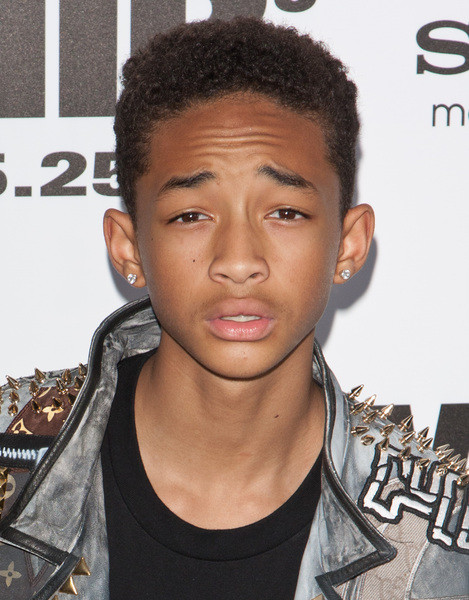 Many of us who write for a living have been harping-on about this for a long time, but it appears that life is finally imitating art. The fashion industry, instead of hiring models who are shaped like teenaged boys to show their womenswear, has finally hired an actual teenaged boy for the job. Yes, it appears that none other than actor, writer, self-proclaimed Gallileo (and son of Jada and Will Smith) Jaden Smith will be the new face of Louis Vuitton womenswear.

And no, I’m not even going to address how on his official Instagram account, Smith appears to go by the name “ChristiainGrey”, no doubt a Fifty Shades reference – because why not model your alter ego after one of the most poorly-written (although admittedly successful) novels of the last decade. It was hard enough to suspend my disbelief  that the Grey from the novel and film was a helicopter-piloting, BDSM-obsessed, twenty eight year-old CEO. No? Seventeen!? No. Just, no.

But I digress. In a move that is at once controversial yet not entirely surprising, the campaign (spearheaded by the brand’s creative director Nicholas Ghesquiere) was shot by legendary photographer Bruce Weber. Ghesquiere also released the following statement by Smith along with the initial photographs.

I’m just expressing how I feel inside, which is really no particular way because everyday it changes how I feel about the world and myself, but I like wearing super drapey things so I can feel as though I’m a super hero, but don’t have to necessarily wear super hero costumes everyday.

While Smith’s statement is about the kind of portentous monologue we’ve come to expect from him ( and about 85% of Hollywood, for that matter), I have been made to swallow my own doubts and openly admit here that this campaign works. Smith does have a sense of gender-fluidity to him, and while I would have much rather seen a lesser-known male model fill this role for Louis Vuitton (avoiding the Hollywood try-hard vibe for such a heritage brand would have been my preference), I have to admit Smith is rocking those clothes.

While there has been some controversy surrounding Ghesquiere’s choice of Smith for the campaign (that’s the whole point, isn’t it?), most of the response has been overwhelmingly positive – largely due to the fact that Ghesquiere’s designs are the perfect depiction of the kind of fluidity that sort of transcends gender boundaries. A majority of the headlines of the media outlets covering the story capture this sentiment perfectly.

Are there those out there opposed to the choice of Smith to model womenswear? Of course there are, but not for the reasons you might think. This is the fashion industry we’re talking about after all, and therefore the slice of the population who would normally clutch their pearls for religious (or whatever) reasons about things like will likely be outside the loop on this one. However, of those few who have dissented, There seems to be a common thread – the publicity stunt.

One publication, the UK paper The Independent, went so far as to say (albeit in a particularly sophomoric op-ed) that the campaign must have been ” a great publicity stunt for Louis Vuitton.”

I suppose on this front, they are not wrong about that, but this is where the interesting part of the conversation begins. Is the choice of Smith for a womenswear campaign going to benefit the brand’s publicity efforts? Absolutely. Is this an attempt to capitalize on the greater levels of acceptance of transgender people in the hopes that the brand can invigorate itself into a younger, hipper, more up to date version of itself? Probably. But is it also a first-of-its-kind, ground-breaking campaign by a 150 year-old brand? Yes, it is.

While it may seem like a transparent publicity grab to some, it also happens to be a cutting-edge campaign that features a controversial, up-and-coming Son of Hollywood. It is all of these things: controversial, a publicity grab, a re-branding…but perhaps most poignantly, it is a pretty gosh-darn accurate reflection of where youth culture, and therefore society, may be headed. If you’re a Project Runway fan, you’ll have heard the judges say at some point that they want to see something they have never seen before; they want to know where fashion is headed, what is coming next. Louis Vuitton has just handed us that in spades. Whether you like the campaign or not, if you’re a fan of fashion, you have to admit that for the particular art medium that Is all things sartorial, this campaign is a resounding success.