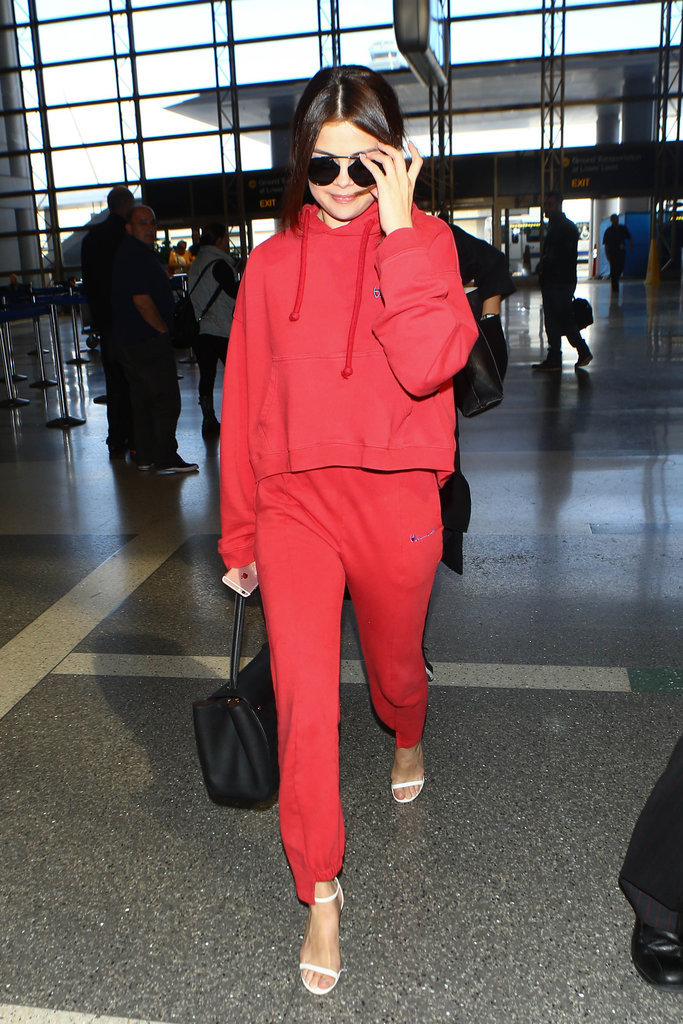 The term “athleisure” has been batted-about a lot in the fashion world of late. While the casualness that is modern dress in and of itself isn’t new (fashion types have been complaining about having to endure the sight of other humans in sweat pants in public for decades now), the embracing of athletic wear as daywear certainly is. In fact, what started out as a spring/summer trend a few seasons back with a few “sporty” accents here and there seems to have morphed into a movement unto itself. We’ve coined a term for it, and companies are springing-up left and right offering “athleisure” wear that is meant to make you look like you’ve just been to the gym and are now just nipping-out to run a few errands, whether or not you’ve ever been inside a gym in your life.

So what happened? Once upon a time, fashiony types would not have been caught dead wearing workout wear during the day, let alone at night, yet seemingly overnight we are seeing “athleisure” everywhere from street style shots of celebrities and models coming and going from the gym to Mariah Carey’s infamous sweatpants and heels pap walks…which incidentally, are still a really bad idea.

So how is it that we’ve seemingly found ourselves awash in a sea of sweatpants and lycra for daily life? Like everything else, there’s more than one reason – here are three of them.

Reason No. 1: Most models and celebrities no longer pretend that they don’t have to work out

Sure, there is still the odd celebrity who declares that they have “good genes” and hate working out, claiming that their staple diet of a cheeseburger for lunch, drinking plenty of water, and having great sex are their secrets to staying fit, these days, we all know that that’s about as grounded in reality as Donald Trump’s tan. We’re more educated nowadays about health and fitness, and despite the huge amounts of people that are overweight or obese (experts say that the current numbers of obesity aren’t rising, but they’re not improving either and run along socioeconomic lines), everyone knows that a large part of staying healthy and fit is to engage in regular exercise.

In addition to the obvious health benefits of exercise, models, actors, and other celebrity types are in the business of looking good, so we’ve become accustomed to seeing them coming to and from a workout, clad in “athleisure”, and usually clutching a green smoothie of some description. Because we live in a celebrity-obsessed culture, these are often the images that we are shown, and as a society begun to model ourselves after. Reason No. 2: Because of reason No. 1, there are more “athleisure” retail opportunities than ever before

Retailers are never slow to pick up on an emerging trend, and in the last decade alone, places to purchase fashion-forward (and often eye-gougingly expensive) “athleisure” clothing have cropped-up everywhere. There’s Kate Hudson’s Fabletics, a monthly club-type affair that you can sign up for that grants you discounts and puts together recommended looks based on your past choices (and of which this author is sheepishly admitting she is a member and has dropped a fair amount of coin). There’s Sweaty Betty, Lucy, and of course the black sheep of the athleisure family, Lulumon, whose CEO notoriously once told the women of the world (via an interview on national TV) who had dared complain about the poor quality of their $100 yoga pants (true) that the pants may not have held up because they weren’t meant to be worn by people with fat asses. Okay, that’s not the exact terminology he used, but it wasn’t far off. Somehow, despite this pretty major gaffe and some seriously overpriced stock, Lulumon still manages to be in business, which I suppose only illustrates my point of the rising popularity of athleisure. Reason No. 3: Because its freakin’ comfortable, that’s why!

Yes, sometimes it’s necessary to state the obvious. It’s absolutely lovely to wake up on a Saturday morning, roll into a pair of cute joggers and a bomber jacket over a tank, and head to the dog park, latte in hand. In fact, our modern lives are so casual that it would almost seem strange to see someone at the dog park on a Saturday morning who was not dressed like this. Why? Because it feels good to wear – and that’s what athleisure is really about. Sure, there’s the whole, “I just came form the gym” look you may want to impart on the world (or perhaps the “I’m planning on going for a run later…really, I am” look), but if we’re really being honest, a lot of athleisure wear is actually too comfortable to even be serviceable for a proper workout. The crop tops, the loose-fitting joggers and layering tanks… I know I’m not the only person on the planet who has separate “athleisure” and “serious workout” piles in their drawer. Some of those cute athleisure things look great and are comfortable to wear around the house or to nip to the shops, but they simply won’t withstand the proper beating of a high-intensity interval training session. Believe me, I know. I’ve tried.