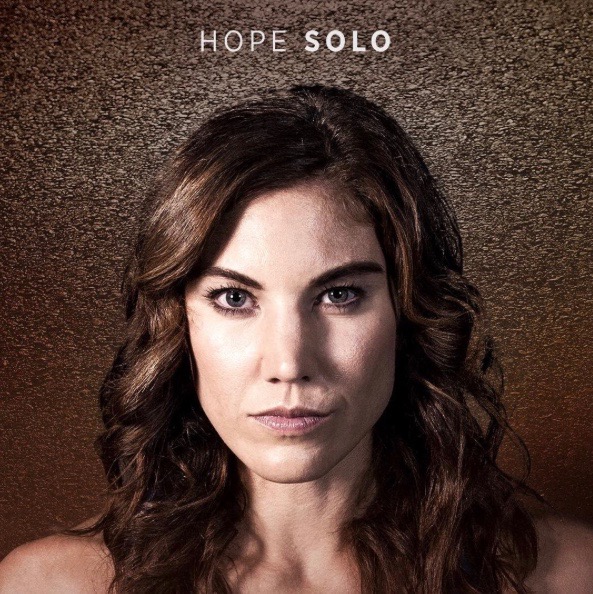 Everyone knows that old and indelicate saying about karma being a kind of a bitch, and it appears that this week, karma is in as strong a form as ever on that front. Remember last week, when I reported on Hope Solo’s very unsportswomanlike tirade after Team USA (for whom she is the goalkeeper) lost their soccer match to Sweden? Remember that? Well, it seems that U.S. Soccer certainly remembers it too, because according to The New York Times, they have decided to suspend Hope Solo from the sport for a six month period.

In case you don’t remember exactly who said what to whom, it was on the back of a bitter defeat at the hands of the Swedish women’s soccer team (who also happens to be coached by Solo’s former coach) that Solo had her very public meltdown, in which she uttered the following.

Solo might have mitigated that statement with an apology and some sort of statement about the emotional aftereffects of the match, or some such drivel, but instead of taking the high road after what can only be termed a pretty large lapse in sportsmanship, she dug in, reiterating her stance on Twitter and Instagram, an act that the great powers of the internet will never let you forget. Not that she tried to deny it or even apologies for it.

As you might expect from an organization that is sending their athletes forth to represent their country on an international stage, The Olympic Committee, as well as U.S. Soccer, were less that impressed. In a very decisive move meant to send a very strong message (Maria Sharapova take note), they suspended Solo and issues the following statement.

Taking into consideration the past incidents involving Hope, as well as the private conversations we’ve had requiring her to conduct herself in a manner befitting a U.S. national team member, U.S. Soccer determined this is the appropriate disciplinary action

This suspension is more than just a disciplinary action when you look at it a little more closely. U.S. soccer has termed Solo’s behavior “counter to the organization’s principles”, and in addition to the suspension, has terminated her contract as the starting goalkeeper for the team. By the language of the statement, this is definitely not the first time that Solo has found herself in hot water in terms of her behavior, and a quick internet search of Solo’s career will unveil a trail of carryings-on to back up that claim; the incident at the Olympics was more likely to be the straw that broke the camel’s back, as opposed to a first offense. More and more, it’s looking like Solo may have just smack-talked her way out of a job, if not a career…unless, as the venerable gossip website D-Listed put it, ” there’s a soccer team out there called Unchecked Rage United, in which case I’m sure they’re drawing up a contract for Hope as we speak.”

However, that’s pretty unlikely. Solo is 35 years old, and sadly, starting over at 35 in any professional sport is tricky at best.

Besides, true to form, she didn’t exactly take her suspension well. In fact, it appears that she doesn’t seem to have even an ounce of contrition about the events leading up to it at all – as evidenced by the fact that she issued the following statement on her Instagram account. Is this a penalty that is too steep for the crime? Or perhaps are we just witnessing the very rare event of a sports organization actually following through on disciplinary action – something that all too often falls by the wayside when there is a popular sports figure (not to mention a bunch of sponsors) involved. Of course, Solo’s suspension has also begged the question of whether or not this punishment would have been as severe had she been a male player for a male soccer (football if you’re not in the USA) club. After all, male soccer players are notorious for getting emotional on the pitch, fights break out, psychological injuries become physical one…you name it.

Or perhaps this is just a perfect example of one athlete who used her organization a little too far, not thinking for a minute that they would cut her loose. I’m no expert, but if I were a betting woman, that is where I would place my bet.