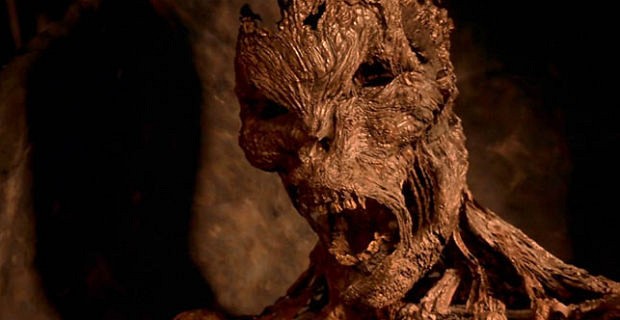 Every once in a while, a story comes out that gets me all riled-up. This is one of those times. And no, it is’t a Donald Trump story, believe it or not. This is a Hollywood story.

While hollywood is not exactly known for their grounded ethics, subtlety, or even good taste, this time they seem to have excelled themselves in dishing up an extra-helping of WTF salad.

I’ve just learned (from the oracle that is the All-Knowing Internet) that they are in the middle of doing a remake of the movie The Mummy.

If, like me, you have fond memories of the Brendan Fraser-as-leading-man version of this movie, you are asking yourself…whyyyy!?

And I’m sorry to say that I have no answer for you. While yes, the original Mummy is nearing 20 years old (it came out in 1999! Doesn’t that make you feel old, 40-somethings!?) there is absolutely, positively, no reason on earth that this movie needs to be remade. Unless of course, you count a pure box-office money grab as a reason. Then I guess there’s one reason.

The remake is set to star Tom Cruise (I know, right!?) and Annabelle Wallis, and is currently shooting in Oxford, in the UK. Naturally, Annabelle Wallis is  at least 20 years younger than Cruise. Of course she is… just in case the fact that this movie being made in the first place wasn’t enough to make you throw up in the back of your mouth a little, there’s that.

Who knows. Maybe she plays his daughter. Hollywood, we do not want this! We did not ask for this. Whose idea was this anyway!? Because here’s the thing; this movie (by which I mean the original The Mummy) plays just as well now as it did seventeen years ago. That’s the thing about movies that are set in a time period that is not the one they were made in. They tend to age more gracefully than something like say, the movie Working Girl, with its unapologetically 80s setting and storyline.  The Mummy is set in 1925, with periods of flashing-back to ancient Egypt. So, there’s that.

Speaking of ancient Egypt, I found this funny thing on the All Knowing Internet. We all know that Cruise is deep into the Scientology thing. As it turns out, L. Ron. Hubbard, author, scheming trickster, con-man, and the founder of Scientology, had a few thoughts on ancient Egypt as well. I can’t vouch for its authenticity, but I am seriously hoping it’s true (because, entertainment). The website I got this from is dedicated to showcasing (if not downright debunking) all sorts of out-there theories, and apparently there is actual audio of L. Ron Hubbard to go along with a lot of these quotes.

Actually, Egypt was a battleground between two space groups, and they set up all this nonsense one way or the other, and all the super magic, and all that kind of thing

Ancient Egypt, if you care to look it up on the track, was a combination of Earth and space opera all mixed up as one. As the high Pharaoh stands on the side of the pyramid and blesses the multitude, he has to be careful that his cloak doesn’t blow aside and reveal his ray gun

Wouldn’t that make a more interesting film than just regurgitating The Mummy? What, there aren’t any scriptwriters willing to turn their hand to THAT!? I don’t believe it. Hell, I’ll have a crack at it, if only for the scene where the wind blows the Pharoh’s cloak back to reveal his ray gun. I really want to see that scene on the big screen, and I’m willing to do whatever it takes. I envision it (the cloak, that is) as something like James Brown would have worn on stage…Maybe Red velvet with a gold silk satin lining and “Pharaoh” embroidered across the back in sequins. And platform shoes. Because sand. And Tom Cruise, as much as I love him as an actor, would not be allowed to star in my L. Ron Hubbard ancient Egypt movie unless he allows himself to start participating in the ageing process. Is it just me, or is he starting to look a little puffy?  It actually makes me feel kinda sad, because Cruise has some serious acting chops. We’ve all seen them. While I have no beef with this action hero thing he’s gravitating towards…it has to be said…he’s in his fifties now. If he wants to keep this badass routing going, he best take a page out of the Liam Neeson/Clint Eastwood playbook and allow himself a few wrinkles and grey hair before it ends up looking like Barry Manilow is trying to save the world from the ancient Egyptian undead in The Mummy reboot 3.