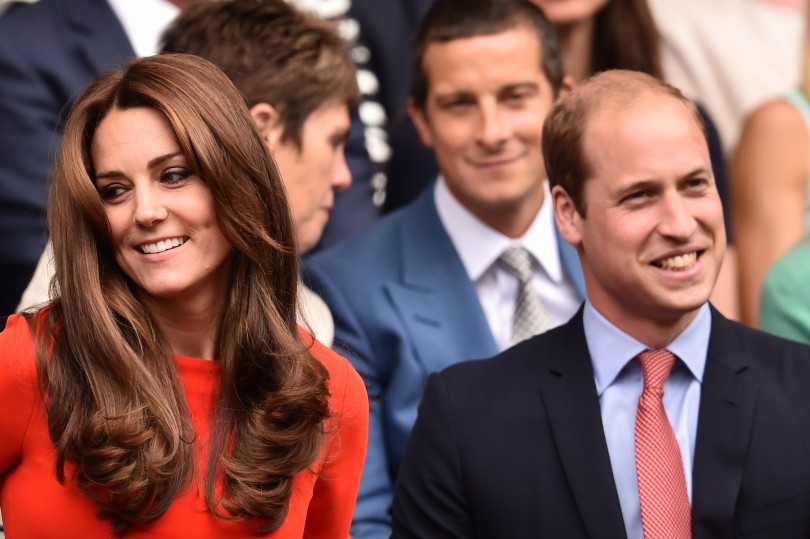 Oh dear. Here we go again. Every time I find myself writing yet another “The Cambridges are having image problems”article, I kind of feel like I’m writing the same  “The Cambridges are having image problems” article, you know? I am seriously starting to question their PR machine’s capability to do the job they were hired to do .

This latest “Prince William is a whiny, entitled, work-shy man-child” story comes on the back of the Prince’s BBC interview last week. Just back from India, a tour whose sole purpose seemed to be to get a Diana-channelling photo in front of the Taj Mahal, and a visit from President and First Lady Obama that was about to happen, it had become pretty clear to the British press that attempts were being made to make the Cambridges appear busy, and take some of the momentum out of the rumors that the Prince was petulant work-shy.

As a PR strategy, it’s not a bad one, except for the fatal flaw…the fly in the ointment, if you will. The Cambridges’ PR team decided that it would be a good idea to let William answer some of the criticism for himself in a recent interview with the BBC. A source art the Daily Mail had this to say about the strategy.

After recent criticism, William’s team took a calculated decision to promote his image. That’s why the ducking royal duties question was allowed. Before, it would have been off limits.

Now, do’t get me wrong, as I said before, as a PR strategy, it’s not a bad one…except for the fact that their subject does not possess the skill set to pull this sort of thing off. A strategy like this one requires that your subject have some modicum of self-awareness, and that is simply not the case here. That my friends, is the fly in the ointment. No matter how many kicks the Cambridges’ PR team take at the likability ball, no matter how many photo ops or opportunities to explain or address something “in his or her own words” they may be given, you simply cannot expect someone who genuinely believes that he is hard done by to suddenly be able to display the sort of humility and gratitude that the public are so desperate to see from both the Duke and Duchess of Cambridge. Such an act is simply outside of their skill set. The problem is not with the PR strategy per se, the problem is when you apply the strategy to the couple, who see no issue with the way they approach their roles.

Don’t agree? Here are a few snippets from the BBC interview.

On his job as a pilot:

On whether he takes his duty seriously:

I take duty very seriously. I take my responsibilities very seriously. But it’s about finding your own way at the right time and if you’re not careful duty can weigh you down at a very early age The answers he gave are not out and out awful, but like the very accusations themselves that have been levelled at him for not putting enough effort in, they feel very scripted and finite. As if he is saying, “this is my answer…that is all.” Not necessarily in a menacing way, more in a way that makes him seem every bit as inflexible as the rumours would have us believe. I also question why he wold drop that he will probably not renew his contract in an interview that is supposedly an effort to make him seem less workshop and not more.

I am not alone in my opinion if this either. The UK publication The Guardian took this and ran, even dubbing William “Darth Workshop” in their recent article on the situation. The article was titled “Wills must work much harder to win our love.”

What loving, young father, in the whole of this country, would not love the opportunity to spend more time with their children? Commuting dads who spend hours each day on trains; dads doing double shifts; dads who never have the opportunity to put their children to bed or cook their breakfast pancakes; dads who have to make do with precious hours of family time snatched together at weekends. Giving endless quality time to the kids is a luxury beyond the means of most parents, who must work to support their children and family life. William might mean well, but Marie Antoinette-style utterances such as these only further distance him from the public.

The Duke and Duchess can’t have all the privilege of royal life with scant few of the concomitant responsibilities. Whereas latchkey kids and working parents just have to get on with it, he faffs about in Norfolk, being lord of the manor and putting in the occasional stint with the East Anglian Air Ambulance….Ordinary dads — whose taxes contribute towards the royal lifestyle — must find it a bit insulting that William luxuriates in the home life they can never have themselves. And while he might mean well, if William wants to earn the respect and affection of the British public, he is going to have to work a lot harder. In more ways than one