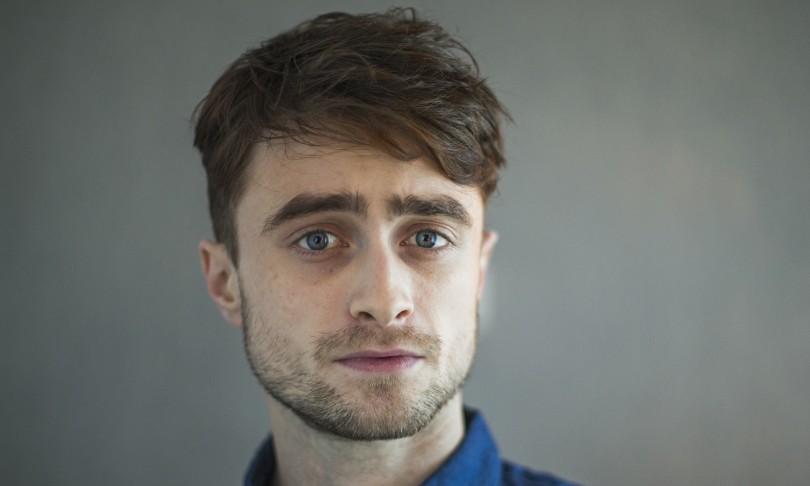 So the story is this.

Film buffs will know that the Sundance Film Festival was going on out in Utah last week. Last friday, one of the most highly-anticipated films of the festival was scheduled to be shown at the Eccels Theater, the venue that functions as “center stage” for the festival. The movie that was so anticipated was Daniel Kwan and Daniel Scheinert’s “Swiss Army Man”, Starring Daniel Radcliffe and Paul Dano.

The directorial duo of Kwan and Scheinert, who are often referred to in the industry simply by the moniker The Daniels, found their initial success in music videos, and had been getting so much buzz prior to Sundance, they had to turn literally hundreds of people away at the door.

Known for pushing boundaries, filmgoers who were lucky enough to get in got the shocking and riveting cinematic experience they were expecting, and then some. So “shocking and riveting” was the film, that it prompted the highest volume of walkouts of the entire festival. People simply couldn’t handle it. They freaked.

Because the film is about a farting corpse. Yep. You read right. A farting corpse. Here’s the rundown from Variety Magazine.

So yeah, it’s not exactly for the weak of constitution, is it?  In just the first six minutes of the film alone, Dano’s character rescues himself from being stranded on a deserted island by riding Radcliffe’s corpse across the sea like a flatulent jet ski. Yup.

This is the kind of plot device that you come up with when you’re a kid, lying in your bunk bed with your kid sister, hashing-out the finer points of riding your corpseboard across a sweet fart-wave until your mother, exhausted with having to listen to your endless schemes,  yells “go to bed you two!!” loud enough to be heard through the air vents.

And that is exactly why it is so freaking brilliant. The Daniels have not lost that creative edge that you have when you are a fart-wave-riding 10-year-old; that ability to really “go there” without fear or limitations. They have not allowed the scope of their story to be stifled by convention or practicality one little bit, which is so very rare these days.  And yes, the spoils of their creativity is challenging to the dulled senses of our pragmatic and risk-assessed adult lives. But that’s the thing about art. Isn’t it supposed to challenge you a little bit? Sure, you could argue that this is just a blatant attempt at being offensive, and you wouldn’t be wrong. But that’s not a secret here; The Daniels have gone on record to say that the entire idea for the film started with a fart joke.  But that same blatant grossitude (a made-up word that I just invented here and now) of this film is exactly the point.  The filmmakers have very adeptly inserted a kind of sweet bromance buddy movie into the most disgusting, graphic context imaginable, and despite the immediate and very visceral reactions of many filmgoers, it works for a lot of people.  Plus, by all accounts, the actors had a hell of a lot of fun on set. The fact that this movie has caused such a controversy in the year 2016 speaks volumes about the film industry as it stands today. Has film become such a commercially homogenised, bought-from-plan discipline that when a bit of challenging material comes to pass, we can’t handle it? I am seriously missing the David Lynch days of the nineties, when we didn’t worry so much about our delicate sensibilities – this new Victorianism that we seem to be experiencing in everything from entertainment to education (or what’s left of it).  This is Sundance, after all – the supposed epicentre of independent film. While there is no doubt that the subject matter in this film is challenging, is it really that challenging?  Is it really anything we haven’t seen already? Have our sensibilities become so dulled that we are now only able to watch Hollywood’s diluted version of art imitating life, where Jennifer Lawrence plays every female role up to the age of 50, Meryl Streep plays everything over, and they are all married to Tom Cruise happily ever after?

When it comes to ground-breaking cinema, weird is good.  As it turns out, I am not alone in my thinking on this. Filmmaker Magazine’s Dan Schoenbrunn feels the same.

There’s something more important to highlight here, something that’s been missed in the conversation: the fact that this film even exists is in itself a massive triumph.

It’s almost inconceivable that an American debut this defiantly odd — one clearly conceived as a challenge to notions of ‘good taste’ — could be produced at this budget-level, with this cast, in 2016. Perhaps a decade ago the concept of a young American director (or, in this case, directors) being given the opportunity to experiment with an inherently uncommercial premise at this scale was common. These days, it’s almost unfathomable

Indeed Dan…Indeed. So here’s hoping that today’s up and coming filmmakers will take note of  the success of “Swiss Army Man” and feel a renewed freedom to start taking chances in film again. It’s long overdue. As for the Hollywood establishment, well…maybe someday. As long as there are A-list stars out there like Radcliffe willing to take chances and step across the Great Divide of Good Taste, nothing is impossible.

I know it’s not going to be everyone’s film, but the people who love it will hold it very dear to them for a long time. I see this film as being a triumph of creativity over practicality. We shouldn’t have been able to do it, but we did – Daniel Radcliffe.