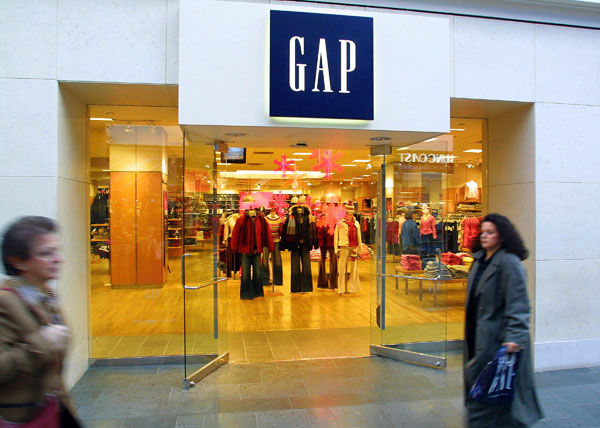 There are some retail outlets that you sort of take for granted. You just sort of assume that they’re always going to be there for you when you need a plain cotton crew neck t-shirt, or a pair of skinny jeans in a tall inseam. For many of us who came of age in the 80s and 90s, that place was always The GAP.

So you can imagine my shock and horror when I read in Vogue about how poor profit margins have forced GAP to shutter over 175 of their stores. According to Vogue, profit margins for the retailer were down 46.8% after the first quarter (which ended on April 30th). While the company apparently knew it had a little catching up to do and wasn’t expecting to have a particularly profitable first quarter, the dismal profit margins were much more grave than even they could have predicted. GAP Chief Financial Officer Sabrina Simmons gave a statement to Vogue:

We had never expected positive traffic, but we didn’t expect deeply negative traffic.

And GAP isn’t the only store in the GAP stores group to be suffering right now either. Fashionphiles that you are, you will not need to be told that GAP also owns Banana Republic, Old Navy, and Athleta (US only) as well. Individually, overall GAP sales fell by 3%, Banana Republic fell by 11%, and Old Navy by 6%. The good news, and yes, there is good news, is that Athleta, their US-based activewear label seems to have weathered the storm thus far, something that the GAP group is hoping to monopolise on in the years to come. Score one for athleisure then, I guess! The decision to close stores actually came last year at about this time, cutting 175 stores in the US (including the one in my home town) and a “limited number” of European stores as well.  With this latest announcement, GAP has upped the ante, and has announced that it will likely need to close another 75 stores in the US, and all of the Old Navy stores in Japan. That will leave the US with a meager 800 GAP stores in the USA.

According to Vogue, things have not been right for a while at the iconic main street retailer.

It’s been a difficult time for Gap over recent years. Former creative director Patrick Robinson left the company in May 2011. Before, his successor, Rebekka Bay, departed in January, her post having been eliminated. Although annualised savings from the closures are thought to be in the region of $25 million, one-time closing costs will be between $140 million to $160 million.

It is here that I will pause and admit, as much as I love GAP for their easy to wear denim and t-shirt staples, the GAP of today is not the GAP that I grew to know and love back in the 80s and 90s. There as been a noticeable shift in the quality of the clothing over the past several years, and it seems now that each time I enter one of their stores, I come out empty-handed and markedly disappointed with the quality of the clothes. Gone are the days when Sharon Stone wore one of their mock turtle t-shirts with a ball skirt to the Oscars, immediately making it one of the most iconic Oscars looks of all time. The t-shirts are flimsy and often have an almost grainy hand to the fabric, the knitwear is usually beyond the pale, pilling cheaply from the simple effort of just being on the hanger, and the sizing is easily about two sizes larger than average (okay, that one I’m pretty sure is by design). The only real saving grace of the situation is that their jeans are genuinely pretty sound. At least, mot of them are. You get the occasional ill-advised “jegging”  thrown at you once in a while, but by and large their denim is something that most people will stand by. Art Peck, the CEO of GAP, had this to say about the store closings back in June of last year.

Returning Gap brand to growth has been the top priority since my appointment four months ago; I want to bring a new sense of urgency to this work

If what Mr. Peck says is true, and he really wants to return some brand growth to Gap, I would strongly suggest that he start with a long, hard look at the quality of the merchandise.