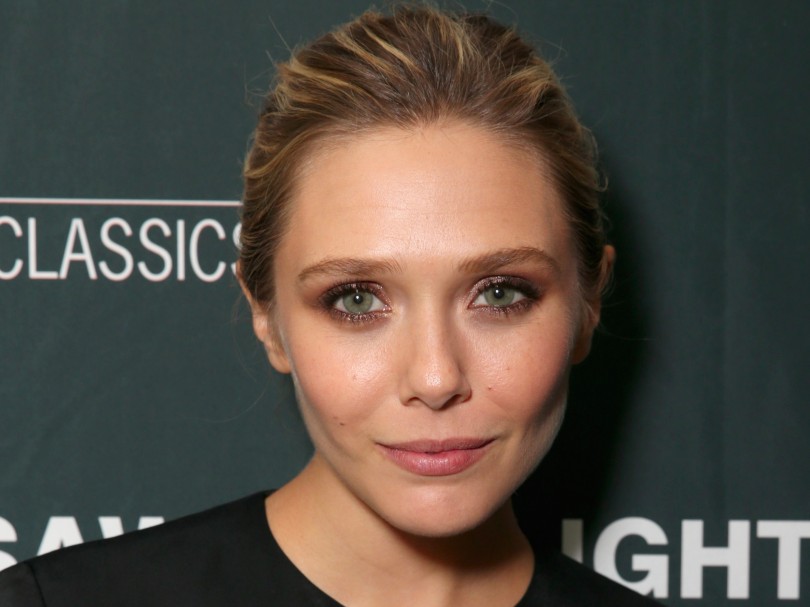 Elizabeth Olsen is famous. As the younger sister of the famous child actresses-turned-designers Mary Kate and Ashley Olsen, she grew up knowing what constantly being in the spotlight can do to a family, having watched her two sisters dealing with the rash of issues from mental and physical health issues to breeches of privacy that came with their early fame.

I have all the sympathy in the world for the extra measures and stress that celebrities have to go through in order to maintain their privacy in this day and age of paparazzi stalking and real-time social media updates on absolutely everything. However, I also have a limited capacity for listening to the complaints of people who live at a level of privilege that most of the world could never know or imagine. Ms. Olsen recently gave an interview to Elle Canada, and whether intentionally or not, the interview read like a series of whiny complaints about the lack of privacy surrounding being a celebrity.

When I’m filming on location, our production office is listed and people send stuff. It makes me uncomfortable. I don’t want people to know what I’m up to or where I am

I don’t use social media; I just have an old-school mindset. Also, girls I look up to, like Jennifer Lawrence, Rooney Mara and Alicia Vikander, don’t have it, and it hasn’t affected their careers remotely. I’d rather live as private a life as I can. I’m not trying to be a mysterious person, but I’d rather be seen as an actor from job to job. I’ve never lived my life trying to be an influencer; I’m happy keeping my own opinions for fun dinner conversation. First off, I think it is a grave error in judgement for a young actress to publicly decry fan mail of any kind. Whatever you think of it, when you are talking to the press, it is a terrible idea to even hint at the fact that you might be creeped-out by your own fan base – this is just PR suicide. And while there is validity in what she is saying, Elizabeth seems to forget a few key points.

Point number one: Ms. Olsen is in fact, in the entertainment industry as a Hollywood Actress. I can respect her desire to just be a working actress and leave it at that, but if that’s the case, then surely she doesn’t need to be making movies with high-profile production houses like Marvel. She is a woman with plenty of connections and resources – the kind that most of us can only dream of, and could easily move into something more anonymous like voiceover work or theatre if “saving herself” from public dissection and only wanting to be a “working actress” is really such an issue. I think that her statement of intention in this way is not completely authentic.

I am also calling shenanigans on her saying that she is modelling herself after Jennifer Lawrence, Rooney Mara, and Alicia Vikander…these actresses may not have social media accounts, but she is mistaken to think that the absence of an Instagram account somehow means that these women aren’t ambitious and conscious of their public presence. they are. In fact, Alicia Vikander (who like Olsen, also dates a very famous face, Michael Fassbender) has even been quoted as saying that she is “ready to be more known” in a 2015 interview she did with W magazine, and disclosed her ambition to win an Oscar, which (make a note of this Elizabeth) she went on to successfully accomplish. I cannot think of a time when I’ve ever heard Vikander complaining about her lack of privacy, which is probably every bit as real as Olsen’s. In fact, I would go so far as to say that the likes of Vikander has to deal with privacy issues even more than Olsen, because of…

Point number two: the fact that Olsen is probably not as earth-shatteringly famous as she thinks she is. Sure, she’s been in some high-profile movies, and yes, she has dated the larger-than-life Tom Hiddleston, who incidentally you would also never hear crying into his pint glass about the lack of privacy from being famous (and for him it must be a massive issue), but Olsen has a kind of low-key, generic blonde girl next door quality to her that would enable her to move very quietly through the world if she chose to do so. She needs to take a lesson in handling fame with grace from her beau and learn what to keep to herself – none of us would even be the wiser.

Finally, Olsen stated in the interview that she wouldn’t buy a house in LA because the paparazzi is so “crippling”. I have all the time in the world for celebrities who choose to live outside of the LA bubble, and think that it probably makes for more down to earth actors and greater career longevity in the long run.

The moment I own a house, it becomes public knowledge. It’s pretty violating. At night when you can’t see anything because the flashes blind you, that’s really disconcerting.

That’s great, but while Olsen doesn’t own a house in LA, she does live in LA, and rents a house.

Is there a difference? Not really.

If the paps want to find you, they will, so if Olsen thinks that the only thing standing between her and her massive fame and the paparazzi hounding her day and night is having a real estate sale on record, she is delusional. Again, if this were really an issue, Olsen could always leave LA, as so many top-tier actors have done. Clooney lived in Italy all those years, Sandra Bullock in Texas, and I hear Nicholas Cage is moving to my old stomping grounds, Rochester, NY, to get away from the LA rat race. But Olsen stays in LA. Why? Because deep-down, she knows that she has to be there if she wants to grow her Hollywood movie career and remain a successful movie star. A famous one.

My advice to Ms. Olsen, as an ex-entertainment biz crone myself, is this. We, your potential (and now quite wary) fan base understand your concerns for privacy, but respectfully, we think you should proceed with caution. Being perceived as whiny and entitled, no matter what your intentions may be, is a strategy for career death. Just ask Katherine Heigel if you think I’m wrong about this. Then again, continuing in this vein would definitely solve your problem; being perceived as unappreciative of your success and privilege will pretty much ensure that you won’t have to worry about having too many fans or paparazzi bothering you for too long.