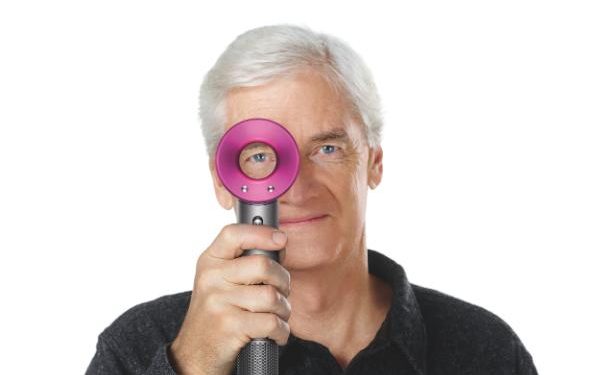 Unless you’ve been asleep for the better part of the last few decades, you will have seen a Dyson product or two kicking around. the company, founded by British entrepreneur James Dyson (now known as Sir James Dyson, thanks very much) has built a reputation for building efficient, state of the art machines that provide solutions to annoying, everyday types of issues. Their products are generally thought of as good – some would say excellent even, but they don’t come cheap. The product that they are perhaps best known for, the vacuum cleaner, was the thing that started it all. While they now have expanded their product line to include many different varieties of vacuums, air filtration devices, and other various and sundry items to make ones life easier, it is realistic to say that you’re probably not going to escape a shopping trip to Dyson without spending a cool $400 per product.

Apparently Dyson has now officially thrown its hat in the ring and joined the beauty tools market – they’ve officially designed a hairdryer. Sir James Dyson himself had this to say about the much-anticipated hairdryer.

Hair dryers can be heavy, inefficient and make a racket. By looking at them further we realised that they can also cause extreme heat damage to hair. I challenged Dyson engineers to really understand the science of hair and develop our version of a hair dryer, which we think solves these problems

That all sounds good to me, but there was this other, teeny, tiny detail that I got sort of hung up on when I first learned of the Dyson hairdryer – the cost.

Dyson allegedly spent nearly $71 million on the development process for their new hairdryer, it took four years to develop, and it hasn’t even launched yet! The product line, which was announced today in Tokyo, is set to launch in the fall in Japan, followed shortly by a launch at Sephora stores worldwide. The launch promises to be a panacea of hope for distressed and damaged tresses the world over. Supposedly the technology that is inherent in the new Dyson hairdryer allows a strong yet controlled airflow to be directed at the hair, all the while operating more quietly and with less potential of damage to the hair shaft than with traditional hairdryers. I certainly hope that’s the case, because the set price tag on the new Dyson hairdryer is set to come in at $399! The dryer was recently featured on the Today Show’s website, and a few of the finer details were discussed. Here is the description of the dryer, as it appeared on the Today webpage.

Futuristic and sleek, the dryer is comprised of a handle with a circle on the end, through which the air passes instead of a longer barrel like traditional blow-dryers. It uses Dyson’s smallest and lightest digital motor and the company’s patented Air Multiplier technology, weighing just 1.8 pounds including the cord.

If, like me, you are a die-hard low-maintenance girl and just cannot possibly see the benefit of a nearly $400 piece of machinery that does the exact same thing as the $13 version you bought at the Big Box store near your apartment, you’re not alone. While many in the haircare industry are already shouting the benefits of the new Dyson from the rooftops, there are just as many out there who simply cannot believe that you can actually get $400 of benefit from a hairdryer. Needless to say, I fall into the latter category and not the former. Here is what some of my contemporary hair drying skeptics had to say on the subject on Twitter.

How much will the Dyson hairdryer cost? (Let’s just say you should start saving now… – People Style

Apparently, if I’m a good boy, I might get a Dyson hairdryer for Christmas – Daniel Lloyd

New Dyson hairdryer will be “marketed at consumers”. Clever. Exactly the kind of people who might buy one – Kevin Core

$400 for a Dyson hairdryer? I can’t even see Becky with the good hair paying that – Hippolyta Loudbasket The Dyson hairdryer has magnetic attachments that will adhere to the wand part of the dryer (see above), and according to Fortune Magazine, “contains sensors that measure the air temperature 20 times each second, in order to stop it overheating. The attachments also have air vents to keep them cool.”

The name of this product is a simple one; the “Supersonic.” No, not exactly a creative name, I know. For nearly $400, I would expect the Dyson hairdryer to have a name like Spectaculophecles Follicularitarium, or something like that. Supersonic? Meh.

Anyway, like many of you, I’ll believe it when I see it.