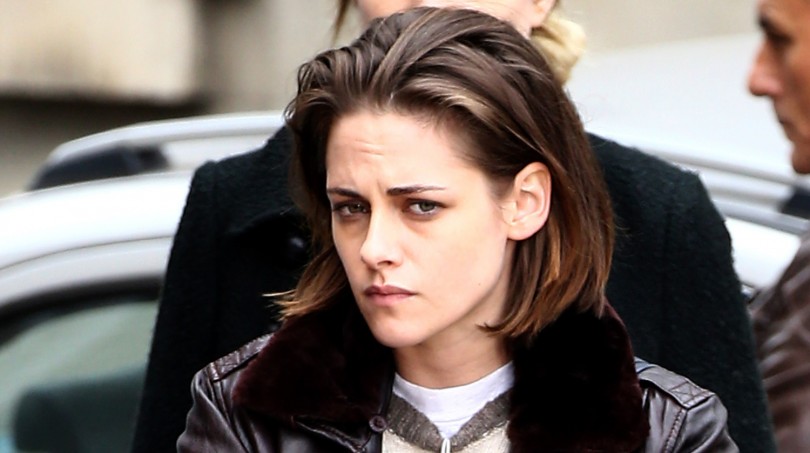 So this is a picture of Kristen Stewart walking the red carpet in Cannes over the weekend in what appears to be a gold drawstring sweatshirt bathing suit cover-up. Seriously, that dress has a pretty serious budget kind of a vibe going on, doesn’t it? But of course, it’s probably a Chanel budget vibe (for whom Steward is a brand ambassador), so when I say “budget”, I mean it probably costs about five grand.

Be that as it may, Stewart was in Cannes promoting her newest movie, the Oliver Assayas film Personal Shopper. According to sources who were on the scene (in addition to every major media outlet that covers the film industry), once the film finished, there was a wave of boos that rippled throughout the theater.

Now, before we all start clapping our hands together in gossip-induced schadenfreude and declaring the movie and out and out failure, it’s important to know a little about the culture of booing at Cannes; basically it means nothing.

The UK publication The Independent covered the story, and they have the scoop behind the what is really behind the traditional Cannes boo-fest.

Every year, a movie will get ferociously booed at Cannes.And what does it teach us? Pretty much nothing, outside of the fact the human race is capable of being quite rude sometimes.

Yet, mostly, the booing seems to hone in on any film with a sense of bravura or innovation to it; Lars von Trier’s Antichrist, Sofia Coppola’s Marie Antoinette, and Martin Scorsese’s Taxi Driver were all booed at their first Cannes screenings. Films, indeed, which have subsequently all gone on to be hailed for their vision and creative daring. So, really, the fact Olivier Assayas’ Personal Shopper, starring Kristen Stewart, was booed at its press screening is only a good sign. You see, Cannes is funny that way. It is a place that is rife with unspoken traditions that are, if not archaic, then just out-and-out rude. We’ll all remember the controversy that occurred last year when several women were turned away from a screening of the film Carol because they were wearing flats – an event that the event’s organiser has denied is a written policy of the festival, yet it is enforced nonetheless.  But the booing – that’s something that is on a completely different level. It can’t be explained-away with misogyny or tradition (two terms that are often used interchangeably, and I think in this case it is fitting).

Other films that have been booed in the past, in addition to those mentioned above that went on to be hits, include Gus Van Sant’s The Tree of Life (which didn’t fare so well at the box office) and Pulp Fiction. I think we are all aware of how well that last one did.

In the case of Stewart’s film Personal Shopper, The Independent went on to describe some very positive feedback that the film received the very next day.

Its official premiere, held the next day, saw a four-and-a-half minute standing ovation. Though it’s standard for films with the cast in attendance to receive some sort of standing ovation, Personal Shopper’s reaction was notably enthusiastic here, and marked a far better reflection of the larger critical reception of the film.

So there you go.

Personal Shopper is the second film that Steward has done with director Oliver Assayas, who has also commented on the booing phenomenon at Cannes, stating that “When you come to Cannes, you’re prepared. You’re prepared for anything. It happens to me once in a while where people just don’t get the ending.” The pair collaborated on the critically-acclaimed Clouds of Sils Maria, which earned Stewart the honor of being the first American woman to ever win the coveted Caesar Award. While talking to the press at Cannes, Steward describes the relationship she had with the director in relation to this most current project, praising his ability to make her dig deep within herself to really find the character.

There’s a communication that is undeniable. There’s a light, there’s a flame that he lights under my ass that is stronger than I have ever felt.

There has actually been a lot of praise focused on Stewart in particular, who by all accounts gave a stunning performance as the film’s protagonist, a personal shopper who also so happens to be a clairvoyant. The website The A.V. Club describes Stewart’s character’s role as having to select the wardrobe and generally run errands for a vacuous, unspecified celebrity. Word on the street is Stewart’s name is already being battered-around for the festival’s Best Actress award.