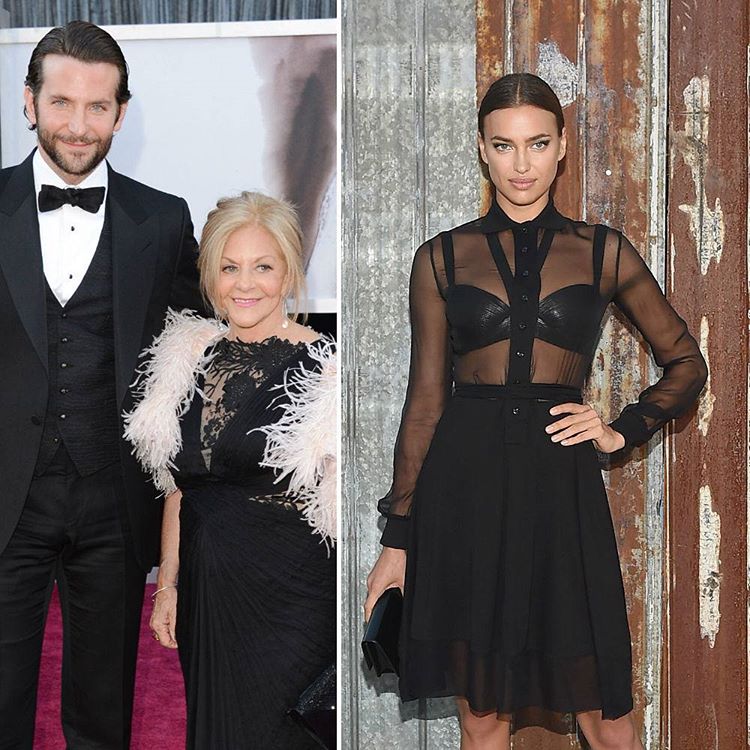 As the song goes, another one bites the dust – Hollywood relationships that is, and this time, the alleged couple who are no more is none other than super-mega-A-list actor Bradley Cooper and Russian model, actress, and Sports Illustrated swimsuit issue regular Irina Shayk.

For those who don’t read Sports Illustrated, Irina Shayk is known to her friends and family as Irina Valeryevna Shaykhlislamova (you can see why she shortened it). She is primarily a model, and in addition to having a lo-standing run in Sports Illustrated, has worked with brands such as Intimissi, Guess, Victoria’s Secret, and Lacoste. Prior to her relationship with Cooper, she dated soccer (by which I mean football if you are outside the USA) star Christiano Ronaldo.

Shark and Cooper met in May of 2015 and very quickly (even by Hollywood standards) became an inseparable couple. According to some sources, the pair had allegedly even been living together pretty much on a permanent basis since November.  Apparently the pair were so hot and heavy that in December, Shayk put her condo up for sale, presumably so that the two could cohabitate on a more permanent basis. However, there is one caveat to living with Bradley Cooper that perhaps any woman would find a little difficult to navigate; he lives with his mother. Okay, I guess I should qualify that. His mother lives with him for a part of the year, slotting herself in-between his busy work demands and awards ceremonies and whatnot. But you know, still. If your’e female and your intrinsic the Mama’s Boy Alert System is not going off right now, you should probably get it checked…because let’s face it ladies, there’s nothing quits sexy as a 41 year-old man whose mom still washes his socks, am I right? So whomever ends up having a long-term relationship with Bradley Cooper is also going to be having one with his mother.

So what went wrong between the pair? There are conflicting stories floating around out there. The British tabloids (not exactly known for sparing the feelings of the celebrities) have been reporting that it is indeed friction between the two women that may have caused the rift. The “newspaper” The Sun recently reported that the recent festive season was right about the time when things started to go south.

The pair had been getting on really well, but things went south over the Christmas period. They spent Christmas together in Los Angeles but arguments started, mainly centering around the fact Irina and Bradley’s mum weren’t getting on very well

Now granted, that could mean anything. It could have been something as innocuous as a silly row over the proper way to cook a turkey, or something far worse. “Not getting on well” describes 85% of my workday some days, so that in and of itself does not a very juicy news story make.

However, within moments of The Sun’s story hitting the press, a source at E! came out with a denial of the story, which told a very different tale indeed.

Irina gets along great with Bradley’s mother. They are extremely close and hang out even when Bradley is not around. They have a vacation coming up as well. They’re super super close, okay? They text all the time. They have BFF heart necklaces and matching lower-back tattoos. Irina made Gloria a friendship bracelet and she wore it till it got all gross and fell off. Would two people who aren’t completely real friends do that? Exactly. Whew! Okaaaaay. Got it.

While that rather, er… vehement denial of The Sun’s story might actually give one more cause to think that there is actually a breakup looming instead of less,  it turns out that the couple themselves came out this week to put the Mommy rumors to rest. The pair were spotted on a completely spontaneous and not at all staged for the press  hand-in-hand Sunday stroll through the streets of New York.

Okay, so they’re still together then, so models of the universe, I guess you can relax. He won’t be taking applications for a replacement just yet. However, I will leave you with this little seed of doubt (because otherwise I would be a pretty lousy gossip writer, if I didn’t try and stir-up at least a little sensationalistic buzz).

Why would a couple that are so rock-solid in their relationship give too hoots of an iota of a crap about some stupid tabloid story that is running in a country that they don’t even live in?  Why the massive scramble by this “source” at E! and the couple themselves? Why should they care what we think about their relationship? Cooper is in his forties, for goodness sake, he’s not some just-outta-high-school newbie with something to prove. I’m going to re-hash a piece of old internet gold by saying this, but do you know what I think?

It’s because she is his beard.

I’ll leave you with this thought. While rumors of Cooper being gay are certainly nothing new to the gossip underbelly of the Hollywood scene, I am becoming more and more convinced that this is the case. His girlfriends all seem to have come out of a casting call at Elite models, and it all just seems a little too…choreographed. As the old story goes, like so many of the stars from the golden age of Hollywood, Cooper is worried that if he comes-out, his status as a leading man may be threatened. If that’s the case, I don’t think that he gives us enough credit. It’s 2016 for crying out loud. Anyway, here’s what the internet is saying. Do with it what you will.

He’s bringing his mom tonight as his date to the Oscars. Just sayin’

“Bradley Cooper has blown everyone to get to where he is.” A friend of mine in Hollywood just told me that

A sibling of mine worked on “Alias” from the pilot to the finale. Cooper did have a thing with Garber which did not interfere with Garber’s primary relationship.