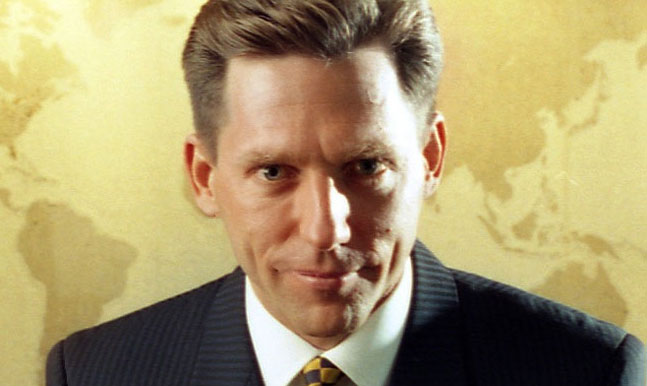 Don’t know who David Miscavige is? Need a refresher on the crackpot philosophy that is the Scientology movement? That’s okay, I’ve got your back. It’s not like you can expect normal, functioning people to keep this stuff at the front of their minds anyway…you have lives, jobs…things to do, and you require your wits about you to do it. So allow me to fill-in the gaps for you so that you don’t have to waste precious grey matter on this tosh.

Let’s start with Scientology. Scientology is basically a cult. Okay, actually, if you want to be technical about it, all religions would be considered cults if we go by the  original definition of the term, “a system of religious veneration and devotion directed toward a particular figure or object.” In modern context however, a cult is really defined (as Wikipedia has) as “a cult is a religious or social group with socially deviant or novel beliefs and practices. However, whether any particular group’s beliefs and practices are sufficiently deviant or novel is often unclear, thus making a precise definition problematic.”

Basically, it’s hard to define, but modern-day cult status is usually defined by the actions of a group’s followers, as it relates to their doctrine or creed, and the term “cult” really infers negative connotation.

Okay? then there’s the Church of Scientology, whom I know you’ve heard of. Actually, the “deviant practices” of Scientology are surprising easy to define. Scientology was the brainchild of failed science fiction writer (unless you’re counting Scientology itself …then I suppose he was wildly successful), narcissist, and bona fide crazy person L. Ron Hubbard. The belief system of the Scientologist is based on the writings of Hubbard, and is sort of…em…colorful. It is perhaps best described in the bare-bones words of it’s Wikipedia definition.

The Church of Scientology says that a human is an immortal, spiritual being (thetan) that is resident in a physical body. The thetan has had innumerable past lives and it is observed in advanced Scientology texts that lives preceding the thetan’s arrival on Earth were lived in extraterrestrial cultures.

Scientology presents two major divisions of the mind. The reactive mind is thought to absorb all pain and emotional trauma, while the analytical mind is a rational mechanism which is responsible for consciousness.The reactive mind stores mental images which are not readily available to the analytical (conscious) mind; these are referred to as engrams. Engrams are painful and debilitating; as they accumulate, people move further away from their true identity. Avoiding this fate is Scientology’s basic goal. Dianetic auditing is one way by which the Scientologist may progress toward the Clear state, winning gradual freedom from the reactive mind’s engrams, and acquiring certainty of his or her reality as a thetan.

Okay, got it? No? Not really? Me neither. But that’s okay, it’s not really essential for what’s coming next.

David Miscavige is essentially the Head Cheese at Scientology, a dubious honor at best, and one that has landed him in the spotlight time and again as leaks of Scientology’s strange, suspicious, and downright terrifying practices have come to light over the years. And believe me, the stories abound. Long a hotbed of Celebrity membership, Scientology has the power and the funding of a small dictatorial country, and their practices are not too far off of that. Allegations over the years include embezzlement, fraud, the divorce of Tom Cruise and Nicole Kidman (who is a Catholic), harassment of the press (LA Times reporter Joel Sappell even believes that church members likely poisoned his dog), suicides, kidnapping….are you exhausted yet?

Miscavige himself has been personally accused of physical and verbal abuse of staff members, carrying on affairs, among other things.

Miscavige’s father Ron, a former Scientologist himself, has recently released a tell-all book chronicling how his son at the hands of Scientology, morphed from a happy, healthy little boy to a scheming and manipulative dictator. For reasons that are obvious, Ron Miscavige feels particularly connected to exposing Scientology; not just because his son is the figurehead of the organization, but also because it was Ron himself who introduced David to the church year ago. Naturally, the Church of Scientology is trying to stop the book from being published. What’s more, according to “sources” who have seen the book (and were recently on 20/20), apparently David Miscavige has even out-crazied L. Ron Hubbard himself!

Ron Miscavige alleges that L. Ron Hubbard wanted a committee to run Scientology after his spirit left the planet. But David Miscavige really wanted to be the sole leader, so he busted out a coup d’etat to become the head crazy of Scientology.

David Miscavige basically pulled a Kim Jong-Un, decrying himself Supreme Leader of Scientology without so much as a vote. So far, getting a stupid haircut in honor of the Supreme Leader seems to still be optional, with only certain celebrities (see: John Travolta) going all-in.

So put the kettle on, make yourself a cup of herbal tea, and get your thetan body into an armchair with a copy of Ron Miscavige’s book, titled “Ruthless”. It promises to be an excellent read.