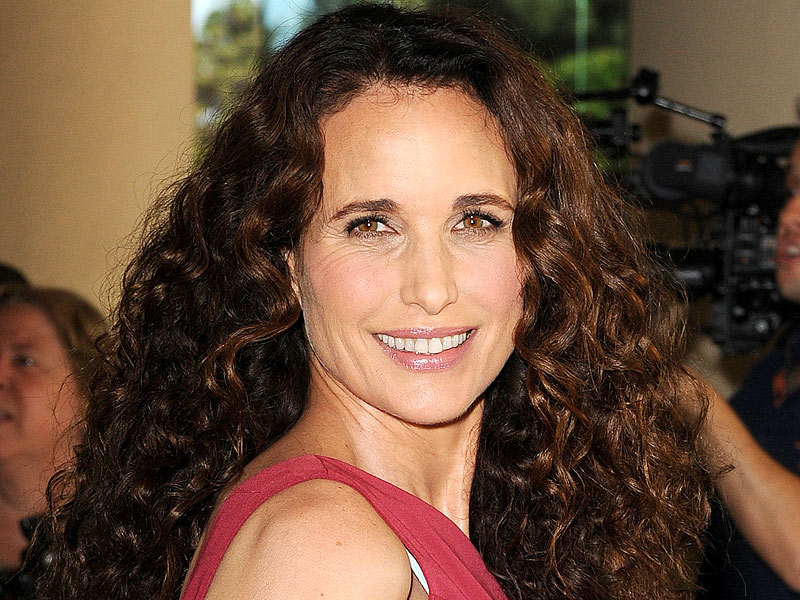 When you’re in the public eye, there is always an inherent risk that something you do or say might right rub people the wrong way. Whether it is intentional or not, being good at being famous takes more than a little know-how, a heavy dose of ego-checking, and clearly more social awareness than the likes of Andie MacDowell appears to possess.

Yep, this week, Andie MacDowell got it wrong. Hey, we all get it wrong once in a while…but Andie showed that side of yourself that only your pets and your significant other are supposed to see. We’re not talking just a little bit wrong here…no, we’re talking wrrrooooong. Which of course, is music to my ears (and eyes). You simply cannot make this stuff up; it’s pure-grade, 24 karat gossip-writers gold.

So here is Andie’s own special recipe for getting it wrong on the internet, right down to the generous scoop of righteous indignation that she expertly whisked together with two cups of social superiority.

The story is this. Andie MacDowell bought a first-class ticket on American Airlines this week, but got bumped to coach on account of her canine travel companion. Apparently she pre-booked her seat, along with an extra one for her dog. When she arrived on the plane, she was told that she couldn’t sit in her pre-booked seat because it was in the first row, and there was no appropriate space for her to safely put her dog. Apparently MacDowell wasn’t even allowed to switch seats with a fellow passenger, which to be fair, seems a bit OTT. I mean, come on. People switch seats on airlines all the time. What’s the big deal, right? Or Maybe that kind of thing doesn’t play up in the front of the plane. Who knows? Certainly not me. Anyway, apparently MacDowell was told that she would have to sit in coach, and she and her dog were ushered to a seat…gasp…in the back of the plane.

In all honesty,  MacDowell has every right to be upset with the airline for not being flexible and not giving her the service that she paid for. She is absolutely 100% correct on that point. And as many of us have done when wronged by the big evil airlines, MacDowell took to her social media to try and find some sort of airline justice.

Here is where it all went wrong. Instead of a few lines about not delivering what she paid for, here is what she went with. Is there a tourist class on American Airlines!?

The only explanation is that MacDowell is so rich, she can actually time travel, because in order to fly “tourist class”, she had to have embarked that plane in 1909 with a suitcase full of big feathered hats, corsets, and dreams of the new world. I wonder if she could see those poor fools on the Titanic as she crossed the Atlantic, thinking she left the squalid tenements of the city’s poor behind her, only to be ushered into…tourist class.

And I am not even going to attempt to address her complete disregard for sentence structure or punctuation. Okay, I just did. But really…there is just no excuse for this sentence, even on Twitter.

And what a shock it must have been for those perfectly lovely-looking people in the photo; she sat next to them and one of them finally got up the nerve to ask her for a selfie, only later to find herself and her seat mates used as evidence of MacDowell’s hardships she had to endure in tourist class. That was a piece of wrongness that took the whole thing from simply being elitist to being just downright mean. That is, assuming that “regular folk” actually have feelings.

Apparently the internet agrees with me, because shortly after posting, MacDowell found herself in the position of having to Twittersplain why her use of the term “tourist class” was in no way elitist, and that we were all missing the point.

I’m very happy flying in coach I’m happy on a bus or the subway but if I play for first class, that’s where I want to be, that was the point.

Lord honey hate on me if it pleases you, I paid for a flight to volunteer for literacy & didn’t get what I paid for

Not how I feel, I’m not superior at all just wish I hadn’t payed for first very expense

While I in no way begrudge MacDowell her beef with the airline in not being able to deliver what she paid for, what is missing here  (again, besides sentence structure or punctuation) is a pretty healthy dose of self-awareness. Her claim that calling the coach section “tourist class” is not in any way superior, and that to her it sounded “more glamorous” than coach, is a lot like listening to a racist grandparent talk about a Mexican family that just moved in next door – there is simply no hiding the fact that there is a different, separatist mindset at work here. If she had even acknowledged that she could see how the comment might “come-off as superior”… we might have even grudgingly accepted this tiny morsel of self-awareness. The sentence structure and punctuation however, are unforgivable.

Oh, and I almost forgot the best thing!  The flight…it was a one hour flight.