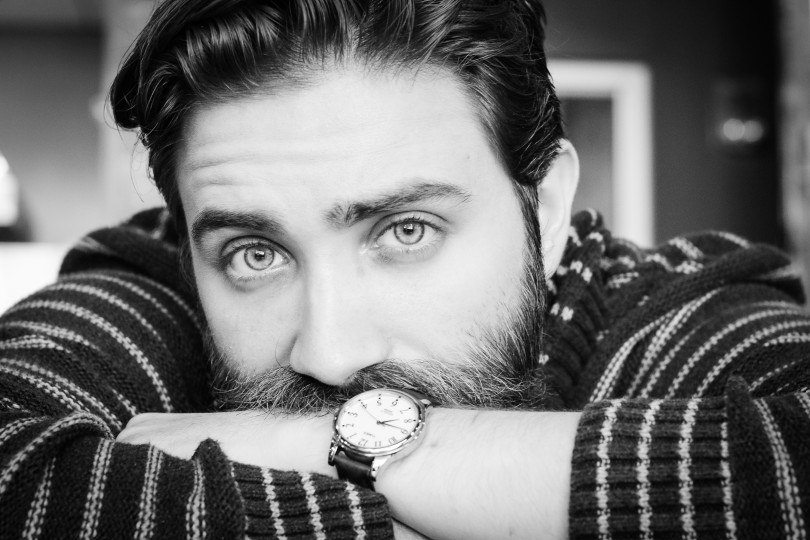 At some point, we’ve all met that amazing guy who made us think that perfection was attainable. He was so damn attractive, real’ charming, he had a good job, an even better sense of humor – and guess what? He also seemed to be the most romantic person in the world, at least until he jokingly said something like ‘You know, I sometimes have a hard time committing to a relationship.’

Hearing that wasn’t great, but hey – maybe you could change him. Maybe he’d fall in love with you and this would make him realize how awesome relationships actually are. You felt challenged by what he said, and come on, he was way too sweet to refuse, right? So you started dating him on a regular and thought you became quite close, until boom – he broke your heart and realized that he was indeed emotionally unavailable. It’s always great to spend time time with a man who knows when to point out what a wonderful person you are, but keep in mind that very few people actually act like this naturally on the first date. So if ever feel like a guy lavishes praise on you even though you’ve just met him and there’s no way he could appreciate you that much just yet, he’s most likely not looking for something serious. He knows women –  and more importantly, he knows what they like to hear – and he enjoys using this to his advantage, which takes us to the next point …

He’s not one to wait too much for sex

A few lines ago, I was telling you that men with commitment issues tend to make use of flattery to impress women and convince them of how great they are feeling in their presence and how amazing their chemistry is – even though actual commitment is the last thing on their mind. Therefore, it comes as no surprise that this type of guys will make it clear pretty early on that sex is either the only thing they can offer your or alternatively, the only thing they want from you. He may not be so straightforward about their intentions, but you’ll obviously know a player when you see him.

He’s rude to other people

You may be wondering what emotional availability has to do with how nice a man acts, but as a great many people have already noted, you can easily see what a person is like by observing how they treat the people they don’t have anything to gain for. So if your date is being nasty with the waiter for no apparent reason or throws a tantrum when the taxi driver arrives a minute too late, it may be a sign that he may be emotionally abusive – which has most likely harmed his past relationships too.

He admits having commitment issues

If he tells you that he’s not ready to get married or that he usually enjoys being single because it gives him more freedom to pursue his interests and so on and so forth, then he’s not lying. I know that in the movies, the bad boy that’s not ready to commit to anything falls in love with the good girl and they live together happily ever after, but this doesn’t happen that often in real life. Don’t get upset if a man ever says this to your face, though. Be glad that you found out the truth pretty early on. Don’t get me wrong, I’m fully aware that not every single perfectionist in this world has got commitment issue, but it’s important to note that this side of one’s personality – I’m talking about perfectionism – never usually shows in just one area of their lives. So if you meet a man who’s an absolute workaholic and won’t rest until his work is flawless, chances are that he won’t feel good in a relationship either. Even the best couples have problems, but a perfectionist’s tolerance may be lower than you’d want it to be.

Egocentric behavior is a no-go

Some men seem to think that the world revolves around them. You’re the one supposed to please them on a date, they’re the ones who have it the worst in a relationship, and somehow, their schedule is always more important than yours. Oh, and making a compromise for the sake of their date or partner is not even an option.

Sounds familiar? Well, if a man is so self-centered, you can be sure that he’s by no means ready for a serious relationship.

At first, this may have looked like a quality. The guy was pretty much a dark horse, and quite a chase, really. The time you spent together was the best thing in the world, but then, all of a sudden, you couldn’t reach him on his phone and when he could, he was no longer the affectionate sweetheart you thought he was. And then he did a nice gesture , only to disappear once again for a few days. And it went on and on and on. If you don’t believe this screams ‘commitment issues’, well, think again!