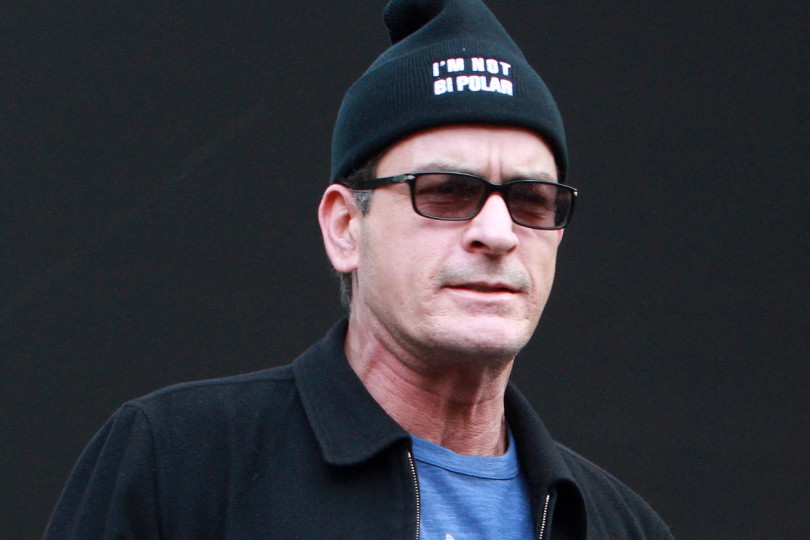 Things do not look good for Charlie Sheen. The fallen-from-grace actor, in addition to his recent very public disclosure that he has been living with HIV for the past several years, has now got another rather sizeable problem; he is under investigation by the LAPD.

Apparently Sheen’s ex-fiancee Brett Rossi (Scottine) has taken out a restraining order against Sheen, claiming that the actor threatened to kill her. Mind you, all this is going on in addition to the lawsuit that Rossi has filed against Sheen for allegedly not disclosing his HIV status to her while they were in a relationship. In the state of California, it’s a felony offence to knowingly engage in unprotected sex without disclosing your HIV status to your partner. However, this has been traditionally quite hard to prove. As per California law, the infected party does not only knowingly have to engage in unprotected sex without disclosure, but he or she “has to act with the specific intent to infect the other person with HIV.” Ironically, on this front, Sheen’s notorious and longstanding drug and alcohol problem may very well give him the alibi he needs to avoid prosecution…but then again, that will be up to a court to decide; it’s beyond the scope of my hard-hitting journalistic reach (cough) to determine whether or not the “I was too wasted to know what I was doing” defence is actually a bona fide legal tactic. Allegedly, the LAPD is in now possession of some tapes which the publication The Enquirer had originally had in their custody, presumably from an interview. Apparently these tapes have Sheen on record making threatening statements against Rossi, as well as talking about lying to his former lovers about his HIV status. The tapes may just be the piece of the pie the prosecution needs to actually put Sheen away (and the more one reads about this story, the more it looks like Sheen really, truly does need to spend some time in lockup).

The tapes were actually acquired during the execution of a search warrant of the Enquirer’s editorial offices. The warrant was obtained during the investigation, and the Enquirer dutifully handed-over the tapes, not only fulfilling their legal obligation, but also generating yet another breaking story in the process.

The Los Angeles Police Department served The Enquirer’s senior editors in New York with a lengthy search warrant on April 5, seeking an explosive audiotape in which the infected star confessed he lied to at least one former lover about his HIV status. He also made threats against former fiancee Scottine-Rossi’s life. The search warrant stated the tape “tends to show that a felony has been committed” by Sheen.

In addition to criminal charges for the spreading of [HIV], [Charlie] is also being investigated for horrid threats of ghastly violence. On the secret audiotape, Sheen, 50, can be heard telling a source that former fiancee Scottine needs to be “buried.” While most of us will have undoubtedly greeted the initial news of Charlie Sheen’s HIV status and divorce from Denise Richards in a “no surprise there” manner, the truth about just how sick, twisted, and violent the actor may truly be is only just beginning to come out in its entirety. Writing this piece left me feeling sad for the women he has had relationships with, and angry that it has taken the establishment this long to go after this guy. Those paying close attention to all things Sheen will remember a court filing from the days of his divorce from Denise Richards that stated that Sheen had threatened to kill not only her, but her daughter as well. Skip ahead to a year ago, and (once again) The Enquirer reported that Brett Rossi had been choked and/or strangled by Sheen multiple times, including while she was pregnant. The story went on to disclose that Sheen had forced Rossi to get an abortion.

Thankfully, it looks like the LAPD is taking all of the evidence pretty seriously. A day late and a dollar short, yes, but I suppose it’s better than nothing, an outcome that we see time and again when dealing with rich and powerful celebrities. The Enquirer’s piece also included some sound bytes from a former detective-turned-private investigator Bo Dietl, who echoes this sentiment.

I think they’re going to take it seriously. If it’s a felony, criminal threats to kill kill somebody, then it could be a felony. They get the tape, that would be good enough evidence to lock him up, yes…if you could prove that he knowingly had HIV and he was having unprotected sex at the time he knew it, that certainly is a crime

It sounds like Sheen may very well get the jail time that he so richly deserves.

Oh, and he still owes Brooke Mueller $89,000 in back child support. So I guess we can add that to the list.