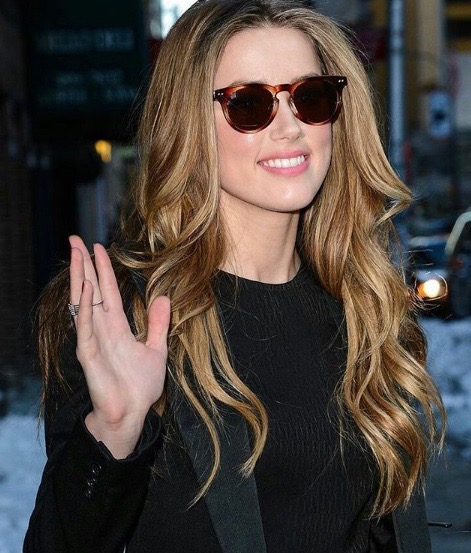 Rarely does a week go buy that a celebrity or two doesn’t give us something to talk about. However, this past week the amount of celebrities that misstepped, gaffed, or otherwise stuck their foot in it seemed to be even higher that usual. Some of them are so unbelievable, that they’re actually almost a little bit impressive. Without further ado and in no particular order, here are three of the best celebrity fails of the past week.

If you followed the TLC television show 19 Kids and Counting, you will already be familiar with Duggar. Even if you didn’t follow the show, you will likely also be familiar with Duggar for that other reason; Duggar got himself into some hot water for sexually assaulting young children, including his own sisters. The family tried to cover it up, and the whole thing blew up in their holier-than-thou faces. But it didn’t end there. Not long after the scandal surfaced, Duggar was caught red-handed again, this time he was exposed as part of the Ashley Madison hacking scandal, in which it came to pass that he had registered own several websites that facilitate their members to have extramarital affairs. However, in his profile photograph, Duggar decided to give himself the edge by posting a photograph of a completely different person. As the above Instagram post implies, imagine the shock you would get when you think you’re meeting with the gentleman on the right, only to be confronted with Josh Duggar’s pasty mug upon arrival. It turns out that the man who was the face of the latter half of the Josh Duggar sex scandal is none too pleased that Dugar used his image to troll for sex, because the man, whose name is Matthew McCarthy, is now suing Duggar. Here is what TMZ had to say about the lawsuit.

While there are no details available at this time as to how much McCarthy is demanding, TMZ  states that he will be seeking payment for failure to obtain permission to use his image, as well as damages. Now if only the rest of us could somehow unsee this.

While there is never a shortage of face-palm moment surrounding US Republican Presidential candidate Donald Trump, this week, he managed to outdo himself when he picked a fight with an actual baby. While normally, politicians make a big show out of kissing babies, Trump has decided to take an altogether different tack. The Independent gave an account of the incident. Mr Trump had been discussing his views on China when the baby started crying. He addressed the noise by declaring: “I love babies. I hear that baby crying. I like it.” But when the baby later did not stop crying, he told the mother: “Actually, I was only kidding, you can get the baby out of here. “I think she really believed me that I love having a baby crying while I’m speaking. That’s OK. People don’t understand.”

Amber Heard’s high-profile divorce and domestic violence case against Johnny Depp rages on, and every week, there seems to be another plot twist.  Last week, Heard was scheduled to be at a deposition at the Los Angeles firm Wasser, Cooperman, and Mandles. Her lawyer, Samantha Spector, arrived a mere 15 minutes late for the 10am deposition (which all of Depp’s lawyers were on time for), but there was no sign of Heard. In fact, it wasn’t until a hour and a half later that Heard decided to grace the attorneys who were supposedly working for her with her presence. Supposedly negotiations lasted all day, but finally fell-apart at approximately 9pm. So… back to the drawing board, I guess.

Heard allegedly was the one who asked for the deposition to be on the date it was scheduled on, so it’s very interesting that she would then show up late. And not just a little bit late, but properly late. One has to wonder if the lateness was perhaps a power play on the part of Heard and her lawyer, although I can hardly see what they would get out of it. With all of the controversy surrounding the case, Heard wold do well to appear as professional as possible, which includes showing-up at the appointed time. But then, I suppose time is exactly what this case is going to require, as it seems to be moving nowhere fast.