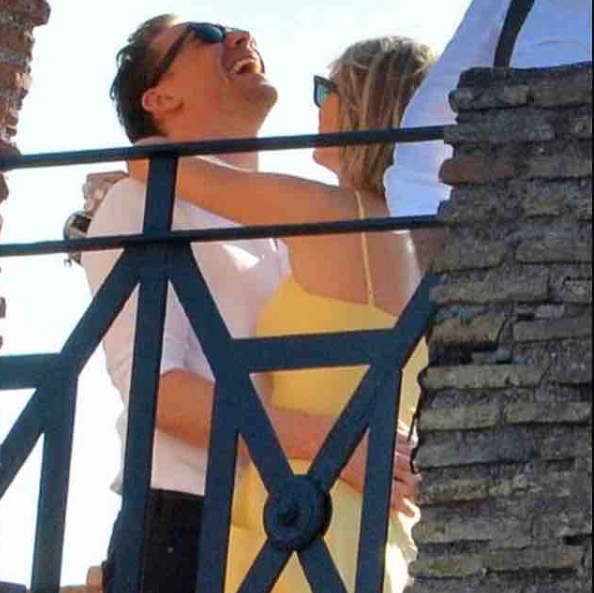 This is just so weird, you guys. And by weird, I suppose I mean pure, amazing, gossip writer gold. This whole Taylor Swift, Tom Hiddleston thing is growing so many arms and legs that we may actually have to rename the couple “The Cracken” before too long. Since we last chatted, the pair of them have literally been jetting all over the world on Swift’s private jet; her acting as sugar mama to the decade-older Hiddleston, flying to Rome, New York, and most recently to his Mom’s place in Suffolk. You guys, they went to England to meet his mom. They’ve been dating for about three weeks (possibly a bit longer than that if you believe the overlap rumors). As you can imagine, we spreaders of internet gossip are having an absolute field day over this stuff. I literally can’t sit still.

Yet we have so many questions. Questions like “why on earth do these two want to play this out in the public eye?” and “what is he thinking!?”…and that’s just for starters. But really, the more of this we are forced to see, the more it looks like some sort of PR stunt on the part of both camps. Is this a James Bond push from the Hiddleston camp, or simply Swift getting her latest digs-in to ensure that she “wins” after her failed relationship to Calvin Harris? And if that be the case, why!?

Certainly while this kind of public display is nothing new for Swift (who is one of the much talked-about Instagram queens of the new millennia of celebrities), it’s a bit more unclear what Hiddleston actually is getting out of this, other than ridicule from the likes of myself and others who are relishing in the job security of ongoing bad celebrity PR decisions.  Surely as a 35 year-old, grown-ass man he would be wanting a bit more discretion in his dating life, something that actually, up until the birth of “Twiddles”, he had managed to pull-off, remaining the kind of enigmatic actor that the Internet loved him so much for.

As it turns out, we gossipites are not the only ones who find his whole display completely OTT and laughable. Calvin Harris, who I always really thought of as at least as childish and media-thirsty for this kind of entertainment as Swift, has now weighed-in on the whole Twiddles Suffolk Mum Visit. Once again, TMZ just “happened” to get a few quotes from a Harris “source” on the whole Twiddles in England thing. Funny how that keeps happening.

Sources close to the former couple tell TMZ … Calvin wanted Taylor to meet his parents, who live in the U.K., but Taylor always told him it was too far away.

We’re told Calvin was understandably “bewildered and astonished” when he heard about TayTom’s visit to meet his mother, Diana … in the freakin’ U.K.!! Remember, Hiddleston’s only been in the picture for a few weeks at this point.

What’s the rush? One source says Calvin thinks Taylor’s cozying up to Tom to lock down a Bond girl role … IF he becomes the new James Bond, as rumored. If it sounds like sour grapes, it’s not — we’re told it’s more comical to Calvin, who also feels like he dodged a bullet.

Aha! “Cozying up to Tom to lock down a Bond Girl role.” Admittedly, that’s an angle I hadn’t considered, and to be honest, I doubt it’s true. If it is, this is a terrible way to go about it. The question still remains, perhaps more than ever, as to why the pair are so…out there with their relationship. They’re actually more in our faces than Kimye right now, and that has to be exhausting. They have been together for a few weeks, and I’m already sick to death of looking at them (although thankfully not sick of writing about it), as probably are you. Even if the Bond Girl angle is true, surely someone in either of their camps has the smarts to see that this is not the right way to go about it. Really, I think the pair of them need to fire their PR people. As for the source stating that Harris feels like he “dodged a bullet”, that’s probably the one part of the TMZ story I actually believe.

What is also very interesting is that a little research has led me to believe that all of this whirlwind publicity is definitely not an accident. Just three minutes of Internet research will lead you to the conclusion that many of these places that Tiddles have been photographed are actually spots on the globe that have a low-to-zero paparazzi presence. The UK in particular (outside of London) is pretty good about leaving people alone, so for these photos to surface, on several media outlets no less, can only point to the fact that the paps are being tipped-off by someone. It also explains why every single outing we see looks so staged. This is being curated for us, and while I appreciate it from a professional standpoint, by gum it has to be exhausting.  Twiddles have nearly unlimited resources at their disposal, so if they wanted privacy, they would have it, pure and simple. Hell, at this point, I feel like I need my privacy just talking about it so much.

And yet, they persist. And the rest of us are still left scratching our heads….and for some of us, gleefully licking our chops. But for now, I guess we’ll just have to be satisfied watching the inevitable fiery train wreck, played out on a social media outlet near you.