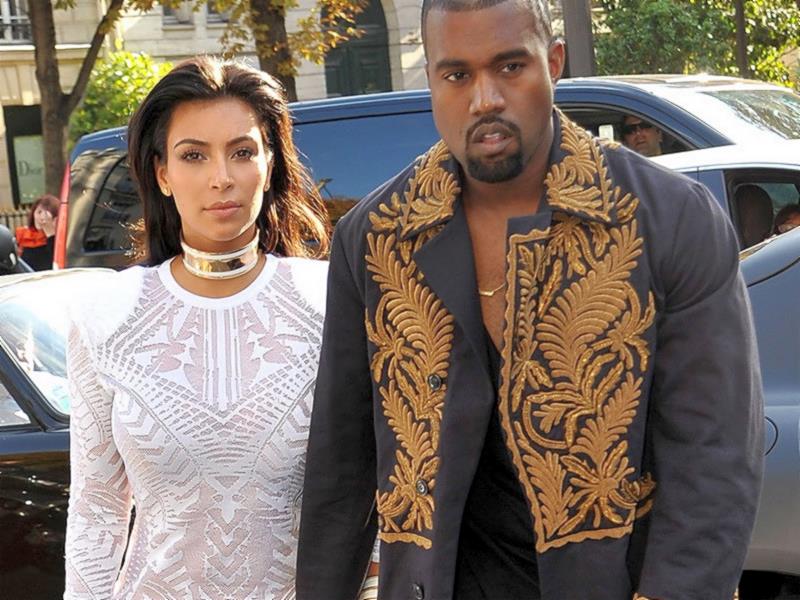 Celebrities are always in the public eye, so something as seemingly innocuous as nipping to the shops to pick up a few things from the grocery store can easily turn into a paparazzi shot that might leave the world speculating on everything form the state of your marriage to whether or not you’re knocked-up. For that reason, celebrities often tend to not leave the house at all unless they are done-up to the nines with the right outfit. Especially since these days, they’re the ones who are usually “leaking” their locations to the paps.

As with everything else in the world of “Hollyweird”, a lot of times in the race for media attention and schooling for various designers, celebrities are just trying so hard, it’s exhausting! This week, just as with any other week in the calendar year, celebrities did not disappoint with some of their strange, if not downright questionable wardrobe choices. You really not have any discussion of strange (and likely overpriced) wardrobe choices without including Kim Kardashian and Kanye West in the narrative. Kim and Kanye are the celebrity couple that have seemingly limitless resources at their fingertips, yet they always seem to look a bit budget and thrown together. I think there are multiple reasons for this, but at the top of that list…well, you sort of have to point the finger at Kanye.

Kanye’s rather earnest (understatement) entry into the world of fashion has been simultaneously mocked and celebrated. Personally, I understand the former a lot more readily than I do the latter. This look, in addition to being the sort of bargain basement “athleisure” kind of stuff that has come to be Kanye’s signature  look.

Both of the Kardashian-Wests have been on some sort of strange crash diet of late, and I believe that this look was meant to show-off Kim’s “post-baby body”. While it achieves that (sort of) on one level, what it does manage to do with even more clarity is achieve a sort of James Brown meets Sugar Ray Leonard kind of a look. A form-fitting front-button shot with a Cinched waist and illusion netting at the bust!? A cape worthy of George Forman’s last heavyweight championship fight? Fuzzy mule slippers!? BICYCLE SHORTS!?

You know it’s bad when Kanye actually looks like the more austere and minimalist part of the equation; he just looks like a guy nipping-in to the corner shop in his track suit. Rita Ora’s people are clearly working on her “Rita Ora version 2.0 upgrade package, because the last few times I’ve seen anything of her in the paparazzi, she’s been wearing some sort of pouffy, flowing dress-type arrangement in the middle of the day. This is one of those type arrangements. Ora looks like a cast member from The Golden Girls. There’s noting like a bouffant-like 80s style blouse shirtdress (with ruffles down the sides no less!) to really transform your 20-something chest into something a bit more…er….maternal. There is nothing, I repeat, nothing about this outfit that looks like it would wear week on an airplane, which is weird, because this snapshot of Monae was taken at LAX. A long, flowing skirt like this is an excellent way to get tripped-up, a leather jackets not the most flexible, breathable, or cozy of fabrics (and that’s if she can even zip that thing), a the belly shirt….that one speaks for itself, as does the strange 1960’s – inspired Austin Powers’ party girl hat that probably wont even fit in the overhead or the seat in front of you. None of this wold be user-friendly on a plane.

The only thing working here are the shoes, which appear to be sneakers, but it’s hard to tell because we can’t see enough of them. While the Swift camp would have you believe that Taylor has been “lying low” for several weeks now on the back of the very public mockery she and her new boyfriend Tom “Loki” Hiddleston received for their very public declaration of Amazing True Love, earlier this summer, upon closer inspection, Tay Tay is really just up to her old tricks, albeit with a sightly different sartorial bent. For example, notice the absence of the luxury handbag.

Remember the days where she would pap walk in a head-to-toe designer look after “working out at the gym” in NYC like, every single day? This is essentially what is going on here, albeit with a pretty concerted attempt to keep things “low key”. You know, like “regular people” do. Apparently that’s the method behind this mess of an outfit. Apparently “regular people” don’t wear clothes that fit.

Nothing is more sartorially low-key than the 1990s, which is probably way before Taylor was even old enough to shop by herself,  so I guess that’s why she has decided to time-travel back there and steal an olive green (the most contrite of all colors) romper from my Seattle closet. She also took one of my favourite chokers. The shoes, I cannot take the credit for. Those are (according to Tom and Lorenzo) $600 sneakers. You know, low key. Apparently when this photo was taken, she was on her way to visit the construction of her new penthouse in New York. Perhaps that explains a lot, actually. Maybe she was planning on doing a bit of painting?