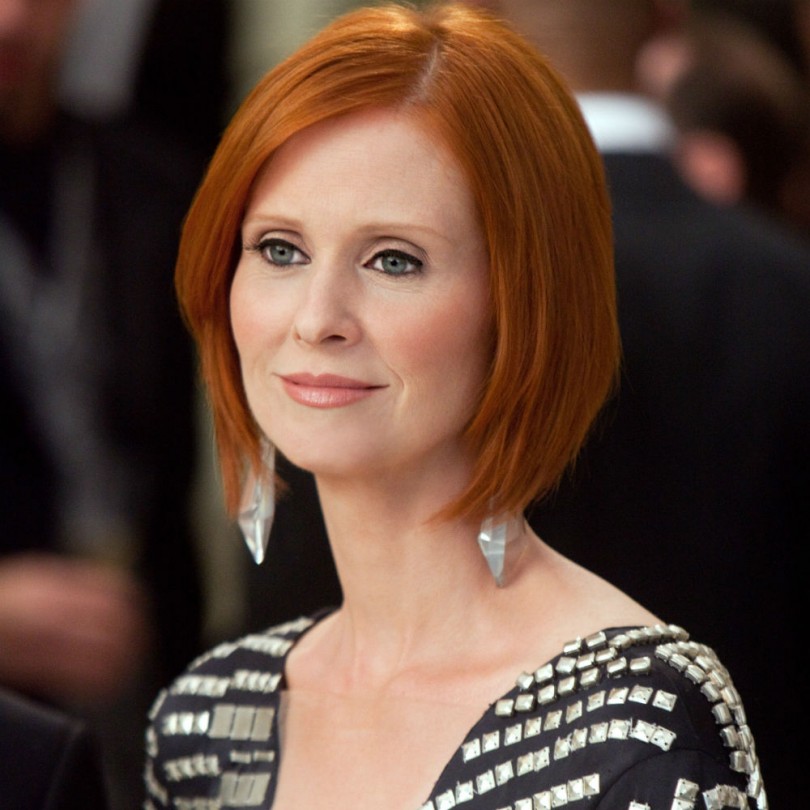 Hollywood has a number of leaders and heroes, inspiring others and setting examples. These heart-warming stories of women, who have come out and spoken of their battles, have positively influenced many girls and women alike. Over the years, women in Hollywood have come forth with their personal encounters with breast cancer, inspiriting and touching women across the globe. In honor of Breast Cancer Awareness Month and to acknowledge those who have been affected by the terrible disease, we have compiled a list of some of Hollywood’s toughest and most widely known breast cancer survivors.

Actress Christina Applegate has been very open about her battle with breast cancer. Her mother had survived the disease, which prompted Applegate to stay on top of routine breast exams, a practice that likely saved her life. In April of 2008, she was diagnosed with early-stage breast cancer. The discovery was made early enough in the disease’s progression, making it treatable. Christina opted for a double mastectomy and announced that she was cancer-free just months later in August.

The beloved host of Good Morning America, Robin Roberts, was diagnosed with breast cancer in 2007. She underwent surgery to treat the disease on August 3, 2007. The surgery was successful and Robin has been cancer-free since. Following her recovery, Roberts penned a memoir titled Everybody’s Got Something, which detailed the hardships of battling the disease. In 2005, Australian pop singer Kylie Minogue was diagnosed with breast cancer. What’s worse is that Minogue revealead that doctors initially misdiagnosed her and claimed that Minogue did not have cancer. Since her treatment, Minogue has been cancer-free.

Rock songstress Melissa Etheridge is a well recognized breast cancer awareness activist. The singer was diagnosed with the disease in 2004, after she discovered a lump on her left breast while on tour. A biopsy confirmed the cancer, which came as a shock to Etheridge, who had just recently undergone a routine breast exam before her diagnosis. In 2003, during the filming of HBO’s The Sopranos, actress Edie Falco was diagnosed with breast cancer. She privately battled the disease without public announcement after making a full recovery a year later.

Singer-songwriter Sheryl Crow discovered she was in the early stages of breast cancer during a routine mammogram in February of 2006. She immediately underwent surgery and radiation, which lasted 6 weeks. Just two weeks prior to the diagnosis, Crow had ended her relationship with Lance Armstrong, also a cancer survivor. In November of 2011, an MRI discovered that Crow had a brain tumor. Thankfully, it was benign and Crow has been breast cancer free ever since her 2006  recovery. Former NBC News anchor and current co-star of Kathie Lee and Hoda, Hoda Kotb battled breast cancer at the age of 43 after being diagnosed with it in 2007. The star admits she had never had a mammogram prior to her diagnosis. In 2010, Hoda released a memoir titled How I Survived War Zones, Cancer and Kathie Lee.

Fashion designer Betsey Johnson has been cancer-free for 11 years and counting. She has since been heavily involved in breast cancer awareness, creating pink merchandise to raise funds for the National Breast Cancer Coalition Fund. In 2000, a miracle occurred when Betsey’s breast implant lost shape. Had it not been for this turn of events, her breast cancer would not have been detected until much later. Luckily, the cancer was in its very early stages and Betsey underwent radiation therapy to treat the disease.

In 2009, Maura Tierney had been pegged to star in NBC’s television show Parenthood. It just so happened that her cancer diagnosis came at the same time and the show creators offered to the suspend the show so that Maura could receive treatment. Further testing showed that Maura was going to need more extensive care than expected, and thus she declined the role to focus on recovery.

At a young age, Cynthia Nixon watched her mother battle breast cancer and made it her mission to be vigilant about receiving regular mammograms. In 2006, the Sex and the City actress was diagnosed with the disease after a routine mammogram. It wasn’t until 2008 that Cynthia discussed her battle with cancer publicly. She has since worked with Susan G. Komen for The Cure as an ambassador.

Women’s rights activist Gloria Steinem has been a major voice for the feminist movement for over 30 years. In 1986, she was diagnosed with early-stage breast cancer. For Gloria, it was a sign that she needed to slow down. She felt that she had overworked herself and took time to focus on her health. After her recovery, she published a memoir about her struggles titled Revolution From Within. Former Good Morning America host Joan Lunden was diagnosed with Stage-2 double negative breast cancer in June of last year. Due to the awkward location of her tumors, Lunden chose a different treatment path that involved chemotherapy first, to shrink the tumors  in order to make surgery minimally intrusive. The lumpectomy was successful and Lunden is on the road to recovery.

Shirley Temple Black was amongst the first women in Hollywood to publicly speak about her battle with breast cancer. Shirley was diagnosed with the disease in 1972 at the age of 43. The tumor was removed and a radical mastectomy was performed. She discussed her experiences in an article written in a 1973 issue of McCall’s. Angelina Jolie is one of the most recent actresses to shed light on breast and other cancers. Her mother, Marcheline Bertrand passed from ovarian cancer at the age of 56 and seven of Angelina’s family members have died of cancer. When Jolie discovered that she carried the breast cancer gene BRCA1, leaving a 4 out of 5 chance of developing the disease and a 50% increased risk of ovarian cancer, she underwent a preventative double mastectomy. She later made the decision to have her ovaries and Fallopian Tubes removed as well.

Beloved young adult novelist Judy Blume shared her story with the world in a September 2012 blog post titled “[email protected]#$% Happens”. Blume explained that her tumor was discovered during a breast ultrasound, and a biopsy confirmed that she indeed had breast cancer. In her blog post, she conveyed her shock at the unlikely circumstances. Breast cancer does not run in her family and she has no genetic markers for the disease. Six weeks after her diagnosis, Blume underwent a mastectomy and reconstruction. She is now bouncing back and enjoying her time in remission. For Ann Romney, breast cancer was a scary and familiar possibility, as many of her family members suffered from the disease. In 2008, Ann’s worst fears came true as she was diagnosed with early-stage breast cancer. The cancer was caught soon enough that she did not require chemotherapy. However, she did have surgery to remove her tumor, as well as radiation. She has said that her battle with the disease has allowed her to empathize with other more and made her feel more human.

Funny girl Wanda Sykes has shared her story with the world. She revealed that she received her breast diagnosis in 2011 and decided to undergo a double mastectomy in order to ensure the best results. Following the surgery, Sykes said she made the decision because she loves life and that it made her feel whole again. Serving as the First Lady at the time of her diagnosis, Nancy Reagan was diagnosed with breast cancer in 1987 after a lesion was discovered during a mammogram. She made the decision to undergo a mastectomy rather than a lumpectomy and the surgery was performed on October 18, 1987. Nancy Reagan’s battle with breast cancer raised awareness across the nation and prompted more women to receive mammograms nationwide.